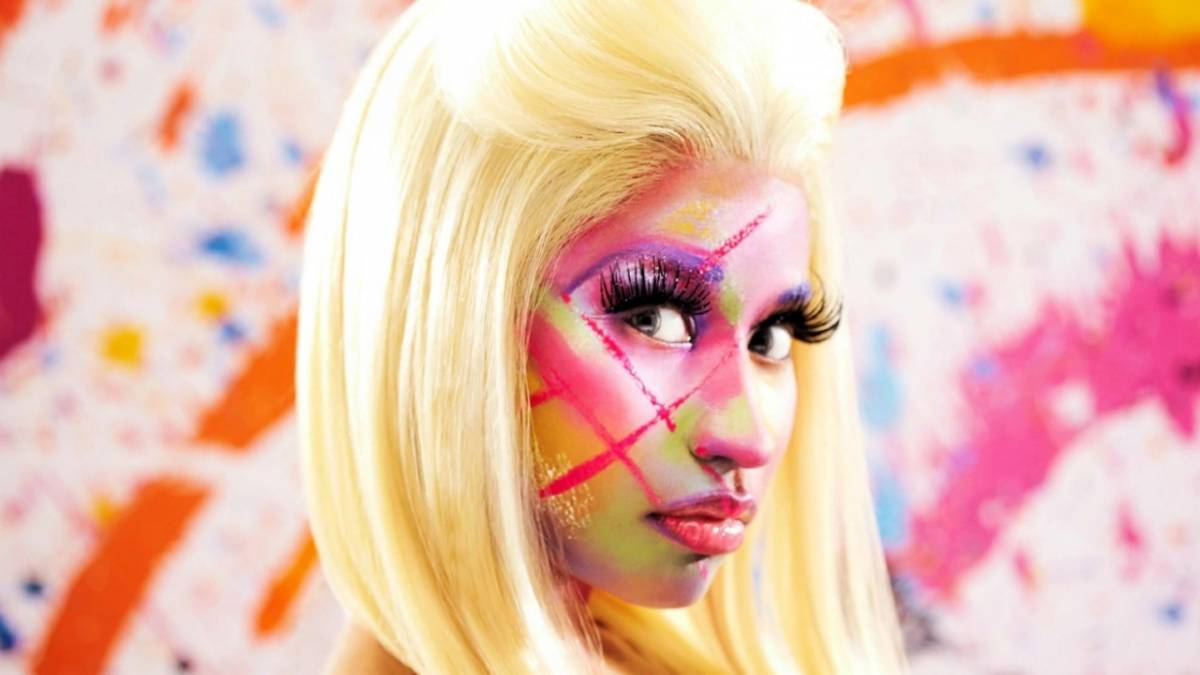 With her debut album Pink Friday, Nicki Minaj emerged from Lil Wayne’s Young Money Camp as a bona fide Hip-Hop superstar. For her sophomore effort, Minaj sought to become a global icon who would forever change the game. Pink Friday: Roman Reloaded was Minaj’s attempt to solidify herself as one of the biggest artists in the world.

Released on April 2, 2012, sonically and thematically, the LP was a clear departure from her debut. The title was taken from Minaj’s violent alter ego, Roman Zolanksi, whom she introduced on her mixtapes and her debut album. She has described Roman as a British boy who is flamboyant, outspoken, malicious and says things that she cannot say. The personality of Roman makes appearances throughout the album. 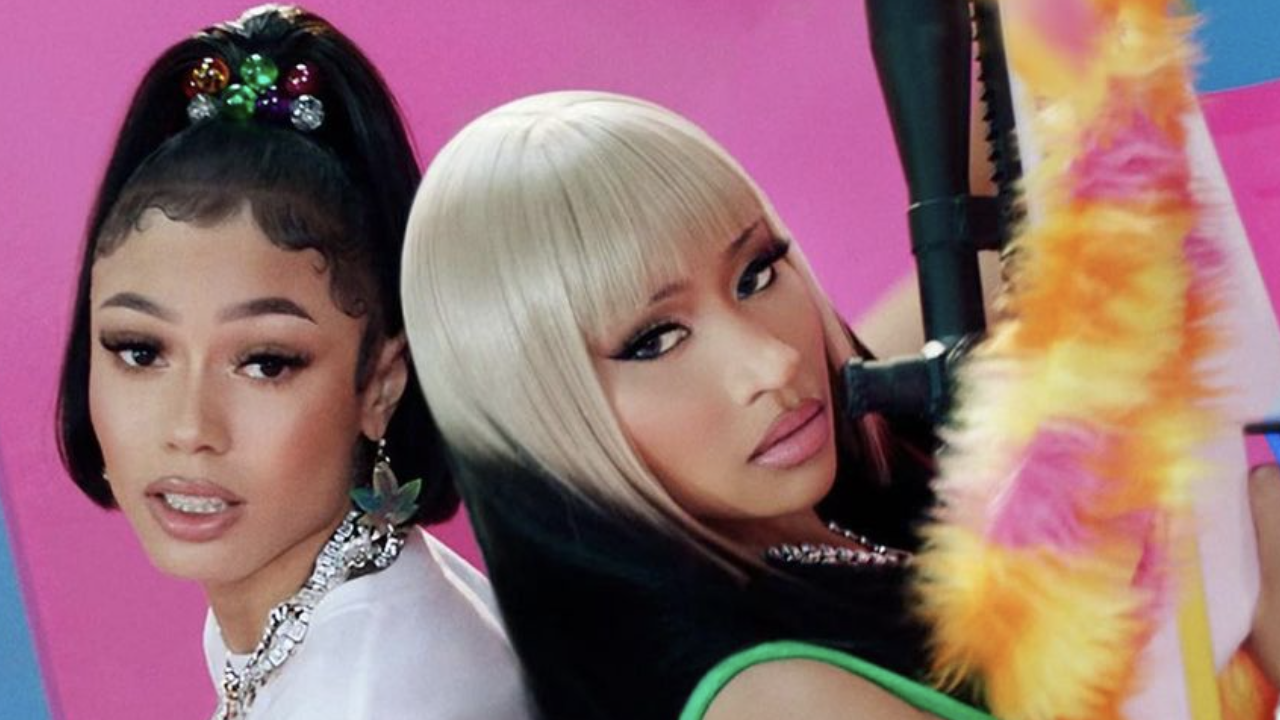 Spanning 19-tracks, Minaj enlisted a variety of producers, including Hit-Boy, Benny Blanco, RedOne, Dr. Luke, and more to craft a picturesque musical landscape for Nicki to release all the vibes she was feeling. Accompanied by Lil Wayne, Nas, Drake, 2 Chainz, Cam’ron, Rick Ross, Young Jeezy, Chris Brown, Nas, Beenie Man, and Bobby V, the album is a showcase for Minaj’s versatility as a lyricist.

To commemorate the album’s 10th anniversary, here are 10 Things You May Not Have Known About Pink Friday: Roman Reloaded

1. It was Her Second Album to Debut at Number One on the Billboard Album Chart

In the first week of its release, Pink Friday: Roman Reloaded sold over 250,000 copies and debuted at the number one spot. Nicki made history by becoming the first female MC to have her first two albums land at number one. Eventually, the album went double platinum.

2. Nicki Minaj Was Executive Producer For The First Time

Along with Brian “Baby” Williams and Ronald “Slim” Williams, Nicki was an executive producer of the album for the first time. As executive producer, she was able to cast her vision that was completely different from her debut album.

“The music itself: you’re going to get every side that I’ve ever shown and then a little bit extra,” Minaj said explaining her vision as executive producer for the project. “I’ve tried to make it very, very balanced because I don’t ever want to be boxed in, and that’s always what drives me. So I made a very diverse album.”

From picking tracks, choosing producers and even developing ideas for the album’s rollout, she had creative control.

Jahshari Wilson, one of Nicki’s biggest fans, received the opportunity of a lifetime when she was tapped to create artwork for the album. Minaj loved her work so much that later that year, Minaj and Wilson teamed up again for the artwork for Pink Friday: Roman Reloaded The Re-Up.

5. She Was Sued For Copyright Infringement Over “Starships”

Although “Starships”  was the biggest hit from the album, it came with a lawsuit. Chicago musician Clive Tanaka filed a lawsuit against Minaj claiming she lifted substantial parts of his own 2009 song “Neu Chicago.” Eventually, the legal dispute was settled.

6. She Just Wanted to Have Fun On The Album

Cyndi Lauper once famously sang “Girls Just Want To Have Fun,” and that was the ethos of Minaj on her sophomore project. In an interview with Ryan Seacrest Minaj said, “I’ve never had this much fun recording music in my life. My first album I was very guarded. I felt like I was making music to please everyone else. I had to be politically correct, but this album I am just creating music, and there’s such a big difference. Literally, in the studio, we were cracking up laughing, having fun, and enjoying ourselves.”

7. She performed “Roman Holiday” at the 54th Grammy Awards

On February 12, 2012, Nicki made history again as the first solo female rapper to perform at the Grammy Awards. At the show, she thrilled the captive audience with her exorcist-driven performance of  “Roman Holiday” where Minaj was chained to a wooden board as hooded priests pranced around her.

In the controversial performance, she was possessed by her diabolical alter ego, Roman Zolanski. Afterward, her performance was harshly criticized by some members of the religious community, especially leaders of the Roman Catholic church for the imagery.

“Perhaps the most vulgar was the sexual statement that showed a scantily clad female dancer stretching backward while an altar boy knelt between her legs in prayer,” said Bill Donohue, the president of the Catholic League.

8. The “Beez in the Trap” Video Paid Homage To Strippers

“Beez in the Trap ” featuring 2 Chainz was not only a street banger, but the video was a tribute to strippers. In an interview with MTV News, Nicki said that it was her way of showing gratitude for the strippers who showed her love as an up-and-coming MC before she became a star.  “When I was doing my mixtapes, I would perform in strip clubs. I would perform in clubs and it was just like some of my most die-hard fans would be in these places,” she said. “I wanted to kinda honor all my girls in the club and just say thank you for the support.”

9. “Va Va Voom” Was Originally Slated to Be the Lead Single

With 19 tracks to choose from, picking a lead single for the album was an arduous task. Originally, “Va Va Voom” was slated to be the first single from the project. The phrase “Va Va Voom” was made popular by former France and Arsenal star Theirry Henry who first appeared in a commercial advertising Renault’s Clio vehicle in 2002 and in 2004. The phrase was even  added to the Oxford English Dictionary. While Henry may have first popularized it, Minaj made it Hip Hop as it became a fan favorite from the album. However, the label ultimately chose “Starships” to be the lead single at the last minute.

10. The Album Was a Worldwide Success

Just as Minaj had envisioned, Pink Friday: Roman Reloaded was a commercial success across the globe. It was the best-selling rap album released in 2012 in the US and the album was the third highest-selling R&B/Hip-Hop album of 2012 in the US. According to the International Federation of the Phonographic Industry, the LP was the 25th best-selling album globally of 2012, with sales of 1.4 million copies.