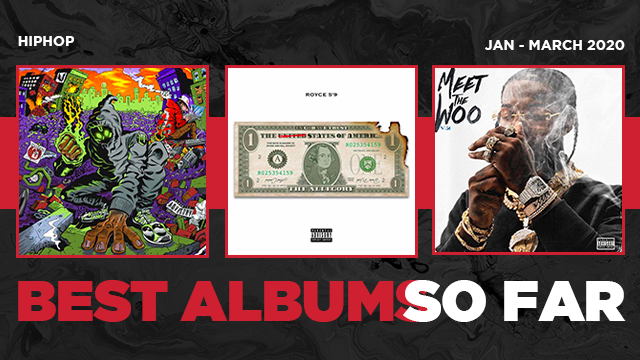 It’s hard to keep up with everything dropping over the course over the year, so HipHopDX is here to help.

With tons of new albums flooding streaming services every week, it’s easy to be overwhelmed. That’s why DX is narrowing it down the essentials, providing readers with a list of the must-listen projects from each month. This month’s list includes new bodies of work from Royce Da 5’9, Denzel Curry & Kenny Beats and more.

Whether you’re looking back on the year to see when your favorite albums dropped, or comparing which month had the best crop of albums, this article has you covered. Check out the Top Rap, R&B and Hip Hop Albums of February 2020.