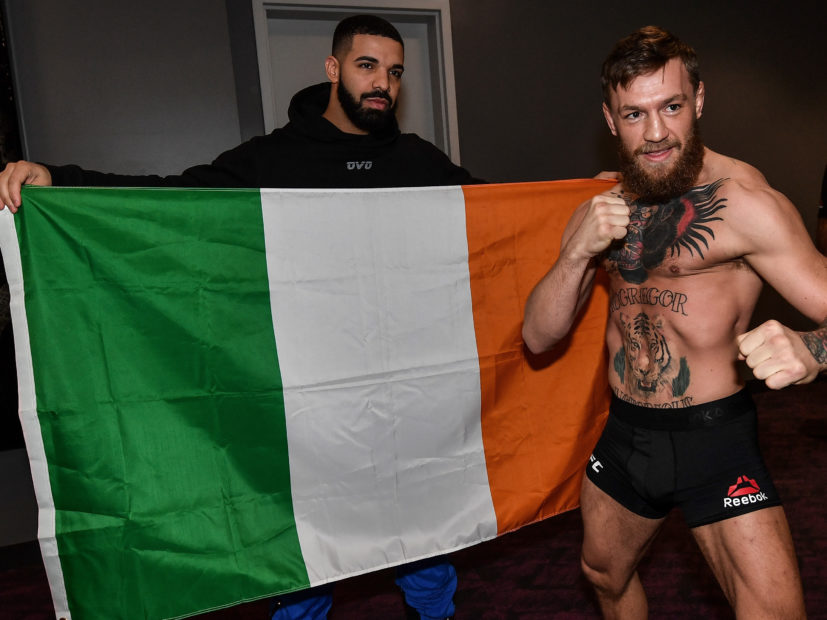 Opinion: Drake’s Attitude Towards Kanye West's Mental Illness Is A Diss To Himself

You might be, if it weren’t for the nuggets of truth contained within his long-winded free-for-all against Drake on Thursday evening (December 13). Not the least of which are his assertions that Drake bullies people with mental health issues.

Drake called trying to threatened me

“When Cudi was in the hospital he sent shots,” West tweeted, and later added, “You pick on people with mental health issues.”

Look past the ramblings, and Mr. West should be commended for finally calling Drake on his B.S.

Drake’s pattern of behavior since his ascendence into superstardom has been that of a bully. Whenever he catches a jab by someone above his pedigree – say, JAY-Z or Kendrick Lamar – he claims to take the “high road” by not responding. Yet, when he sees low-hanging fruit, such as Meek Mill, he goes into full attack mode.

This is Hip Hop. Drake is a master strategist, and battles have been part of the culture since damn near rap’s inception. To call him a bully for spitting battle bars is to decry Hip Hop as a whole. But where Drake has taken it too far is his bullying – allegedly on multiple occasions – of rappers in the midst of mental health crises.

The first glaring example of this was Drake’s needling of Kid Cudi after Cudi publicly declared he checked himself into a rehab facility because of suicidal ideations.

In response to Cudi’s emotion-fueled Twitter rant against Drizzy and, ironically, West, Drake ripped Cudi for his mental state.

“You stay Xannied and Perc’d up, so when reality set in, you don’t gotta face it…Look what happens soon as you talk to me crazy/Is you crazy?” he rapped on “Two Birds, One Stone.”

Ye’s response, meanwhile, went from angry to compassionate: he called Cudi his “brother” on stage not long after Cudi’s Twitter rant surfaced.

If Hip Hop is high school, Drake is often viewed as the smooth, cool kid everybody wants to be like, while Kanye is the erratic troublemaker people are equal-parts fascinated by and scared of.

In this situation, though, who’s the real jerk?

It’s all love bro bro but don’t play with me. You stay too close to be playing all these industry games bro

Drake’s response to a taste of his own medicine also rings of a bully’s rhetoric. Lest we forget, Pusha T – who, to continue the high school analogy, would be the real badass that Drake’s cool kid is afraid of – absolutely bodied Aubrey on “The Story of Adidon.” Many, including Drake, viewed him as crossing a line when he brutally roasted Drake’s chief producer, Noah “40” Shebib, for having multiple sclerosis.

Regardless of how you feel about Pusha T’s distasteful diss of 40 – which was akin to 2Pac taunting Prodigy for his sickle cell anemia – Drake’s complete lack of self-awareness in his response was cartoonish.

“Now when you mention defenseless people who are sick in the hospital that passed away, that really sent me to a place where, you know, I just believe then and believe now that there’s a price you have to pay for that,” Drake said on HBO’s The Shop. “It’s just, it’s over. Somebody’s gonna punch you in the fucking face.”

The nerve, the audacity of Aubrey to pick on a man in the hospital, and then turn around and want to throw hands at someone for doing the same thing? It’s a bully mindstate all around.

If Kanye’s tweets are to be believed, Drake sent him antagonizing tweets in the form of the purple devil emoji while Ye was struggling with this mental health.

This type of behavior is ironic coming from a rapper/singer who spends much of his time on the mic bragging about his player status, only to whine about the one that got away while he was living it up.

Drake either doesn’t understand mental illness, or he doesn’t care about the afflicted. The latter seems more likely, since literally thousands of pages of research, an entire career field of psychiatrists and therapists, and millions of afflicted people around the world will testify that mental illness is not only real, but extremely debilitating in certain instances.

Picking on people while they’re struggling with health issues doesn’t make you tough. It exposes your own weakness. People who deal with mental illness carry a burden that the rest of the world struggles to fathom – and it’s part of why people try to devalue it. They struggle to understand having an illness that attacks one of the most important functions of your body.

Mental illness is not a punchline.