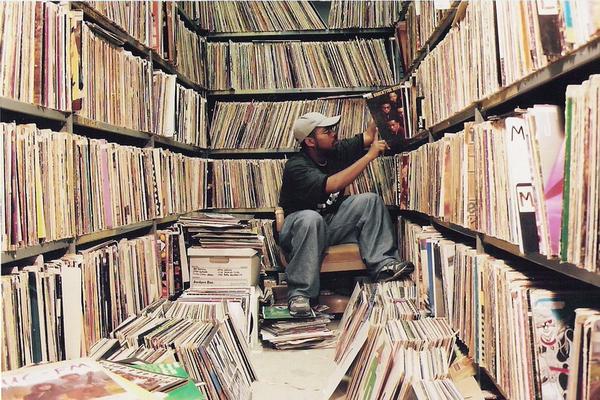 Hip Hop in its truest essence is about taking the old and transforming it into something new, something that reflects your personal style, ideas and history. In that way sampling truly is the embodiment of that spirit, it’s the spinal cord of Hip Hop. And yet it’s also sadly misunderstood both inside and outside the Hip Hop community, disparaged by those who either actively look down on the art form (and they likely don’t even consider it an art form) or simply don’t understand sampling and it’s often complex relationship to copyright law.

But the antidote to confusion is always clarity, so let’s tackle some of the biggest myths surrounding sampling and copyright law and hopefully the next time you’re confronted with some sampling lies, rumors and half-truths you’ll be able to provide some clarity of your own.

Piracy describes the wholesale, verbatim copying and distribution of copyrighted works. That is not sampling, that’s something entirely different. Piracy involves counterfeiting an entire work, as it is, and distributing it for profit.

In total contrast, the art of sampling involves the creative transformation of small pieces of recordings into new original works. While the detractors of sampling, who often simply don’t know anything about the art form, try to frame sampling as a “theft,” it’s really no different than a visual artist who transforms a picture into a collage, or a sculptor who takes some discarded object and incorporates it into their new work, both widely recognized and acknowledged forms of legitimate art, not “piracy.”

Myth #2: You Can’t Be Sued for Samples on a Free Mixtape
Truth: “Free” is Not a Protection Against Lawsuits

A free mixtape does NOT permit you to use samples from copyrighted recordings without the permission of the copyright holders. It does not matter if the mixtape is free or not. Without the permission of the copyright holders, you run the risk of being sued for copyright infringement. (However, bear in mind that some sample uses on a mixtape may meet the fair use threshold.) That said, when making a free mixtape, honestly consider the notoriety of your work. In other words, taking a chance is often less riskier for lesser known or unknown recording artists. And if a sample-based mixtape can help you increase your exposure, the trade off of gaining critical exposure in exchange for the possible “cease and desist” letter or even the threat of a lawsuit isn’t necessarily a bad thing. Frankly, while you may be infringing on copyright the entire time, unless you have some notoriety yourself, it likely won’t be worth anyone’s time and money to attempt to sue you. (See the Lord Finesse and Mac Miller lawsuit for a case study of this concept.)

Think of it this way: If your free mixtape brings you notoriety, in terms of good press, show bookings and the like, then that’s great. It’s a chance to take, but a minimal one in terms of what you can gain. Far too many people buy into the myth and conjecture surrounding infamous copyright infringement lawsuits, without learning the facts or without any consideration of the artists (and their highly recognizable status) that made such lawsuits infamous in the first place.

For those not familiar with the art of sampling, the general presumption is that it is not a musical process; that there isn’t any creativity, originality, ingenuity, or skill involved in it; that it is simply the non-discretionary act of “taking other peoples’ music;” or that it’s not substitute for traditional musicianship. This is certainly not true. Sampling is an art form that requires technical skill, imagination, and artistic understanding. The art of sampling demands much of those who seek to develop a high skill for it. As anyone who’s ever spent hours digging for the perfect drum sound and them more even more hours meticulously lining up a loop knows, it requires loads of time, research, and a commitment to the study of pre-recorded – usually decades-old – music. Anyone who’s watched clips of J. Dilla sampling can see just how accomplished of an artist he was. Still, as with any art form, there are certainly different degrees of creativity, execution, and originality practiced by sample-based artists.

Myth #4: It’s Legal To Sample 4 Seconds Of Any Recording
Truth: There Is No Time Minimum

Under existing copyright law, there is no clear, predetermined length (amount in seconds) that is “legally” permissible to sample. Recording artists who sample copyrighted recordings for shorter lengths under the misapprehension that they are operating within the law are vulnerable to infringement suits by copyright holders.

Note, however, that copyright law allows for fair use of copyrighted works, in this case, sound recordings. This means that some sample uses do not rise to the level of copyright infringement. In a fair use inquiry made by the courts, the amount of the copied (appropriated) work used in the new work is just one factor. And although there is no predetermined length that automatically guarantees that a use will meet the fair use threshold, it’s generally understood that the less copied and used, the more likely the use will be a fair use. In my book, The Art of Sampling, I include a very detailed explanation of fair use, along with detailed descriptions of how to sample and use samples in ways that are more likely to be fair use.

Myth: Sampling Involves the Use of Pre-Recorded Songs Only
Truth: Samples Can Come From Any Recorded Audio

While the art of sampling is most commonly understood to include the use of pre-recorded songs (traditionally from vinyl records), source material for sampling includes any recorded sound or sound that can be recorded. This means everything from sounds in movies to sounds in nature and everything in between. For example, Scarface the movie has been sampled in literally hundreds of instrumentals, and that’s just the tip of the iceberg.

Sampling is a complex art form and the application of copyright law in the digital age has also become a tangled web, so it’s understandable that there’s so much confusion surround both topics. But with some study and knowledge we can ensure that sampling stays alive and healthy into the future, and if that happens not only will a core part of Hip Hop live on, but all music can prosper.

Amir Said is the author of The Art of Sampling, the most comprehensive exploration of sampling in the Hip Hop/rap music tradition and copyright law ever written. The book is currently available for purchase.