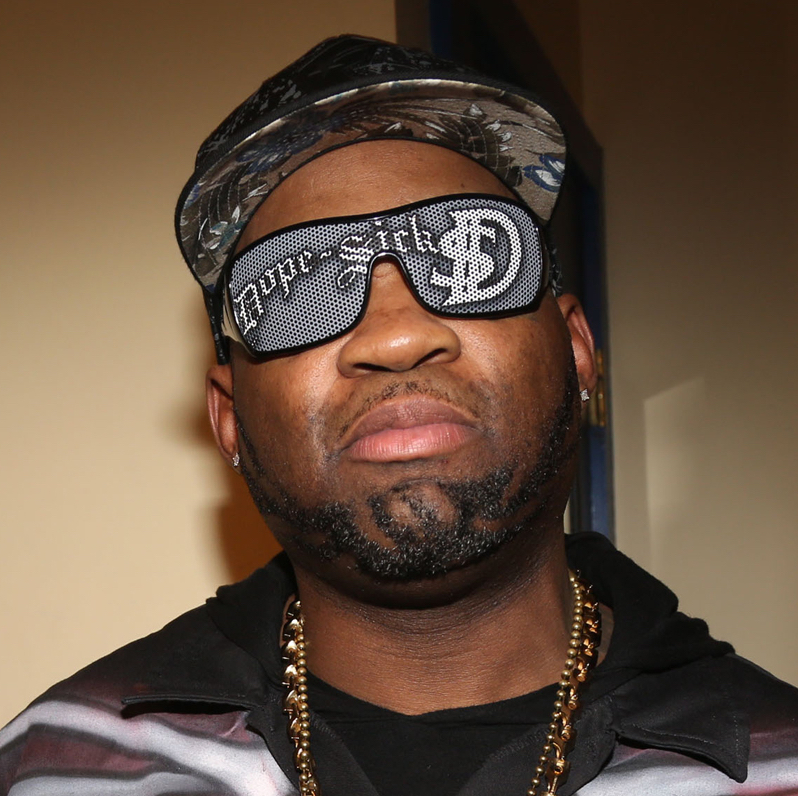 Death is inevitable, yet it always hurts when you lose someone you love, respect or admire. I’m willing to bet you’re a Hip Hop devotee if you’re reading this. In this genre and culture, much of the death we experience is tragic. Hip Hop isn’t old enough to have our significant figures simply pass away from old age. In the face of these heartbreaking circumstances, we do our best to reflect on the lives of those who’ve contributed so much to us. This is our particular duty for some of Hip Hop’s unsung heroes – people who didn’t get the recognition they deserved in their lifetime. Koopsta Knicca is one of those artists who should’ve had a piece honoring him during his life, yet is sadly gone as you read this.

It’s not shocking that Koopsta Knicca gets overlooked by many fans. He’s best known as a member of Three 6 Mafia and one who was part of the group in its pre-Academy Award winning days. And in some ways, he never had an easily defined persona. DJ Paul and Juicy J were the masterminds behind the group. Lord Infamous was the lyrical innovator. Gangsta Boo was the badass female standing tall in Hip Hop’s men’s club. Crunchy Black was the eccentric character. It took a diehard fan to truly appreciate just how important Koopsta was.

Much of today’s emphasis on melodic flows can be traced back to Koopsta Knicca. But Koopsta’s style wasn’t manufactured at all. His delivery was hypnotic and meshed so well with the horrorcore style that Three 6 Mafia used during the 90s. There was an atmospheric quality to the way Koopsta rapped that immediately made him stand out on a track. He and Lord Infamous were the two members of Three 6 Mafia that could create a haunting vibe with just their vocal inflection. Koopsta’s voice was high-pitched, but not whiny. It was almost ethereal.

When you look back at the discography of Three 6 Mafia-affiliated artists, there’s no better release than Koopsta’s 1999 album Da Devil’s Playground. As the title may suggest, the project was sinister to the core and would fit right in as your Halloween soundtrack. The album was actually a remastered version of recordings from Koopsta’s 1994 underground tape of the same name. With that in mind, it shows how quickly Koopsta mastered his style as he’s in top form on the album. It’s the quintessential Koopsta Knicca album and displays all that he was capable of as an emcee. What always stood out most to me was how menacing he could be without an intense, in-your-face delivery. It was a unique ability that I’ve rarely seen duplicated.

In 2000, Three 6 Mafia released When the Smoke Clears: Sixty 6, Sixty 1. This would end up being Koopsta’s last album with the group as Sony dropped him due to a breach of contract. His incarcerations at the time caused him to miss shows and video shoots. I remember interviewing Koopsta years ago before the group reunited (sans Juicy J) as Da Mafia 6ix. I was fascinated by how contrite Koopsta was and how much he blamed himself. It’s not unheard of, but you usually hear artists at least feel they were somewhat wronged when they leave a group or get dropped by a label. Koopsta was different. He regretted his behavior. He only relayed good memories of his fellow group members. There was no ill will. It was a refreshing perspective.

Much of Koopsta’s post-Three 6 Mafia career flew under the radar. He released some solid albums during the 2000s, but nothing that topped the quality of his earlier work. His 2010 EP, A Murda ‘N Room 8, felt like a true return to form. While it didn’t receive lots of press, his dedicated fan base loved it. The biggest development for Koopsta came in 2013 when Da Mafia 6ix was born. With the exception of Juicy J, all the original members of Three 6 Mafia were reunited. It was an exciting time for fans and a rejuvenating moment for the artists. Their “debut” 6ix Commandments was everything a hardcore Three 6 Mafia fan could ask for and Koopsta shined on the tape. But later that year, Lord Infamous passed away. Gangsta Boo would leave the group just a few months later.

Despite these losses, Da Mafia 6ix came back with Hear Sum Evil in late 2014 and Watch What U Wish… earlier this year. While the excitement had settled down, both were satisfying releases and Koopsta made his mark as the most reliable performer in the group. But no one ever could have expected that this would be the last we’d hear of Koopsta. I certainly didn’t see it coming.

Koopsta Knicca’s death left me feeling empty. I attribute this to how Lord Infamous passed away just two years ago. I remember my jubilation when seeing Da Mafia 6ix perform together at the 2013 A3C Hip-Hop Festival. As a fan, that reunion meant so much. Even if Juicy J wasn’t there, it was surreal to see the core of Three 6 Mafia together again. And now just a few years later, a third of the group is gone.

It’s hard to process. Fandom, particularly when it comes to a personal medium like music, is weird in that way. I only spoke to Koopsta a few times, yet his death still hurts. It’s obviously not the grief his family and friends are experiencing, but it’s palpable. Ultimately, I hope Koopsta’s legacy isn’t undersold or overlooked. I hope he gets his just due. Perhaps these words can make a few people revisit this man’s hard work. Regardless, Koopsta made an impact on plenty of listeners. While I may wish he was more celebrated, I’m confident those who did appreciate Koopsta’s contributions will never forget him. I know I won’t.