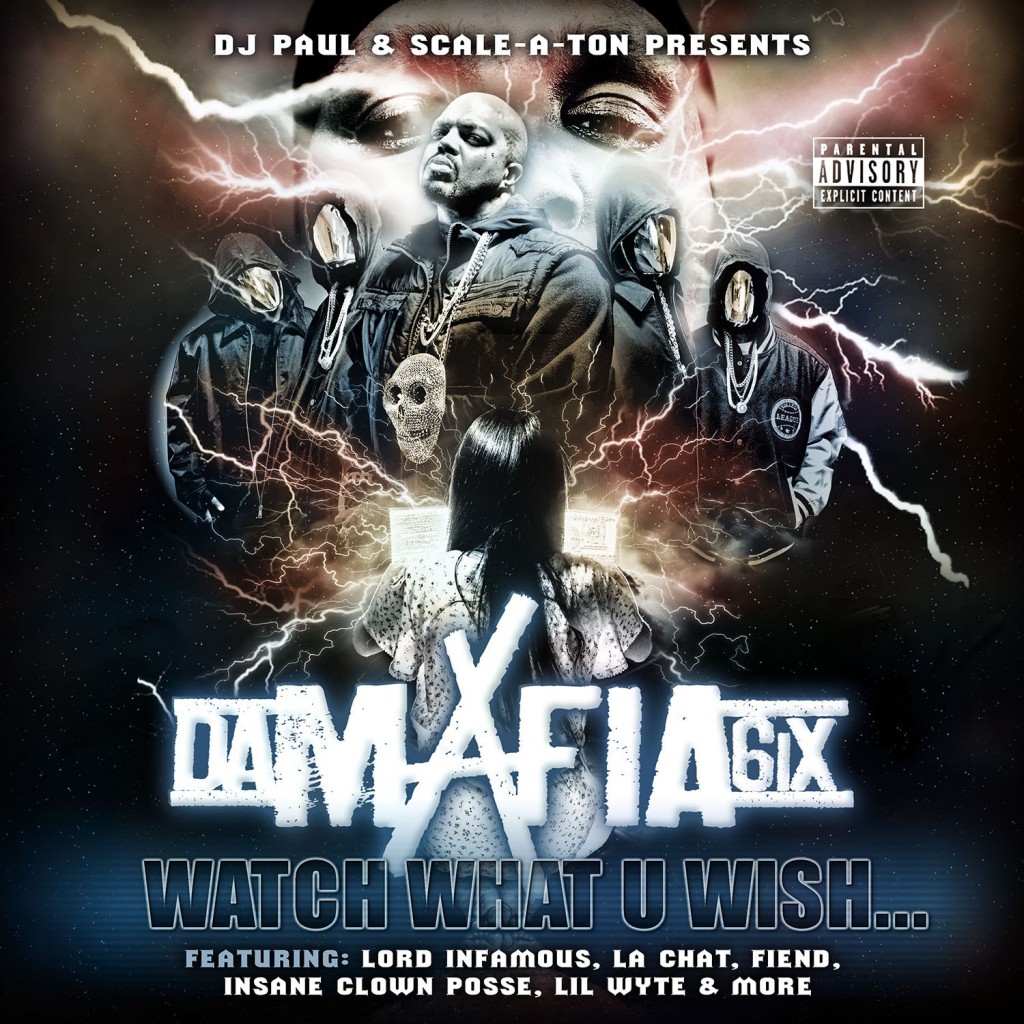 “A whiff of that funk, a hit of that skunk, pop me a pop, take a sip of that vodka, I forever get high,” Da Mafia 6ix de facto leader DJ Paul delivers with a finesse that’s become his signature on “Forever Get High,” featuring former No Limit Soldier Fiend a.k.a. Mr. International Jones. As a matter of fact, there isn’t a better way to describe the rebranded Three 6 Mafia’s second outing Watch What U Wish than to describe it as finessed. Though the sonic and thematic foundation thankfully remains consistent (because if it ain’t broke don’t fix it), there are a some observations one should take into consideration when approaching the project. The most obvious is Gangsta Boo’s absence and small doses of Lord Infamous. Past that there’s much to like about Watch What U Wish. However, those looking for the wheel to be reinvented may be slightly disappointed.

Considering Boo’s 2014 and upcoming 2015, she may have finally outgrown the rest of the crew’s throwback crunk aesthetics. That’s totally acceptable in the long run. Those who didn’t mind Juicy J’s nonattendance on 6ix Commandments (outside of the posse track “Body Parts”) could potentially feel the same regarding Boo’s departure. Then again, this allows Hypnotize Minds affiliate La Chat more screen time, something Da Hood Homegirl takes much advantage of more notably on opener “Dat Ain’t Inya” and battle of the sexes turn up “No Good Deed.” Lord Infamous’ death came a month after Da Mafia 6ix released 6ix Commandments and his creepy sing-song whisper is still as effective as ever. If Jason Voorhees or Pinhead ever needed a rap soundtrack, Scarecrow himself would be more than suitable if his verses on “High Like An Eagle” and “Back On Day Hype” mean anything.  Fight anthem “Come Get Some” proves more so than not remaining members Koopsta Knicca and Crunchy Black are more than willing to give exactly what longtime followers expect.

Production wise, Watch What U Wish continues 6ix Commandments’ throwback approach. This means a slicker contemporary take fusing earlier material from Mystic Stylez to When The Smoke Clears. Like 6ix Commandments, Oscar era gloss Most Knowns Unknowns and Last 2 Walk are gratefully nowhere to be found. That means trunk rattling bass and erie samples don’t disperse an atomic measure of energy throughout the project’s hour and eighteen minute runtime. Hell, Lil Wyte & Insane Clown Posse join in for the album’s wildest moment, “Mosh Pit.” The dissonant organ lends to an already chaotic drum pattern that’s perfect for those who enjoy six-twelves on a Cadillac and late night stick-ups or vintage Fubu and Faygo. The deeply dark trap sound propagated by the likes of DJ Paul propagated minus the modern sheen of today works on many levels.

As Watch What U Wish’s end, “We Be Goin’ In” is another example of Da Mafia 6ix’s “Heavy Metal for the Hood” mentality. Regardless, it’s almost a testament to the amount of vigor left in the now forty-somethings. By now, Da Mafia Six completely understands’ their fanbase and doesn’t even attempt to veer outside of that box. At this point, remnants of Memphis’ greatest rap collective is still sharpening its already lethal arsenal over twenty years later.