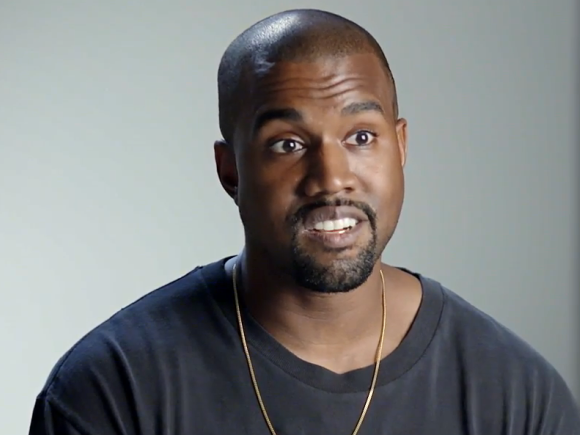 Depending on how one views Hip Hop, there’s a Kanye West album that speaks directly to a specific socio-economic ideology. Late Registration could be considered the transitionary moment for Chicago’s greatest. Yeezy’s sophomore follow-up to The College Dropout, could be considered the most articulate expression of race in his catalog. Challenging rap’s materialistic worship for bling on “Diamonds From Sierra Leone,” relating the early 80s crack epidemic to Hip Hop through “Crack Music” featuring Game and even using the Adam Levine assisted “Heard ‘Em Say” as an in-depth introspective look into everyday hood aspirations felt grounded. Of course, mainstream pop found hit singles including Jamie Foxxx’s guested “Gold Digger” and “Touch The Sky”s first big look for Lupe Fiasco as his then biggest singles to date. Past that, moments like “Hey Mama” and “Roses” were sincere exercises in human emotion.  Everything was wrapped around a musically evolved West whose new found help from Jon Brion lent a sonic warmth. Not bad for someone more known for his non-rap work with Fiona Apple and critically acclaimed film director Paul Anderson. For many, Late Registration represented Yeezus’ breakout moment into a bonafide pop star in opposed to the grand introduction The College Dropout historically became known for within Hip Hop.

Late Registration was also released August 30, 2005, almost a day after Hurricane Katrina flooded nearly 80 percent of New Orleans; displaying horrific consequences the city faced following botched support on both federal and state levels. Like mentioned in last week’s edition of Stray Shots, I witnessed the heartbreaking aftermath. Besides Southern University using the Mini Dome as an evacuation center, the school welcomed students from various New Orleans universities including Southern University New Orleans and Xavier to study for as long as needed. That meant the dorm room I occupied by myself welcomed a roommate who would eventually become a lifelong friend of mine to this day. When I met him, his level of anger become more than understandable once he told me the first house he bought before turning 20 (he worked that much with a full course load) was destroyed. Then September 2, 2005 happened. You guessed it, A Concert for Hurricane Relief. Hosted by Matt Laurer, it took over nearly every television station. The telethon was simply unavoidable. Celebrities ranging from Hillary Swank to Aaron Neville all helped secure nearly $50 million in relief for The Red Cross. For majority of the telecast, everything felt like a feel-good moment in helping those who really needed it. The problem? Everything felt safe. No one challenged those systemic problems that hurt those with the least. No one addressed the clear elephant in the room. Then came the outspoken Ye standing next to Mike Myers. The rest was history.

The world has become accustomed to West’s struggles with pleasing the masses while staying true to his own conflicting ideas of racism and classism. Uttering the words “George Bush Doesn’t Care About Black People,” had him choosing a side on a platform where most would have simply just read the teleprompter. Yeezus made the boldest statement of his career, stepping into deep waters that he still drowns in gleefully today. He dared to express what many blacks around America felt about the disastrous relief effort.  It was the beginning for a West who would spend the rest of his career dividing fans, pop culture and everyone in-between. Even Bush himself called it one of the worst moments of his presidency. Some could say Katrina was the straw that broke the camel’s back with millennial African Americans and West became its spokesperson.

However, reaction toward Ye’s comments divided the obvious majority black students of Southern. From my point of view, it served as a fascinating microcosm. Considering the black nationalist nature most HBCUs foster, someone with as much notoriety in entertainment as the Def Jam artist making a grand statement on the media and Bush’s bias handling of Katrina was young black America’s middle finger back to the system. He vented with a level of honesty that made the “here today, gone tomorrow” celebrities uncomfortable. Just take a look at Myer and Chris Tucker’s reactions. Others around the campus were worried that West’s reaction would reduce support that many needed at the time. Can’t turn these liberal white folks willing to give hundreds or thousands of dollars off right? Despite the divisive reaction, history has gone in West’s favor. That’s what Hip Hop is supposed to be all about. To this day, Ye has extended his contradictory battle of race and class to music and even fashion. For many, that day became the moment Hip Hop’s provocateur bared his soul and most interpersonal thoughts. Just days after accepting his MTV Video Music Awards Vanguard Award, Yeezus continues to keep people talking whether folks agree or not.