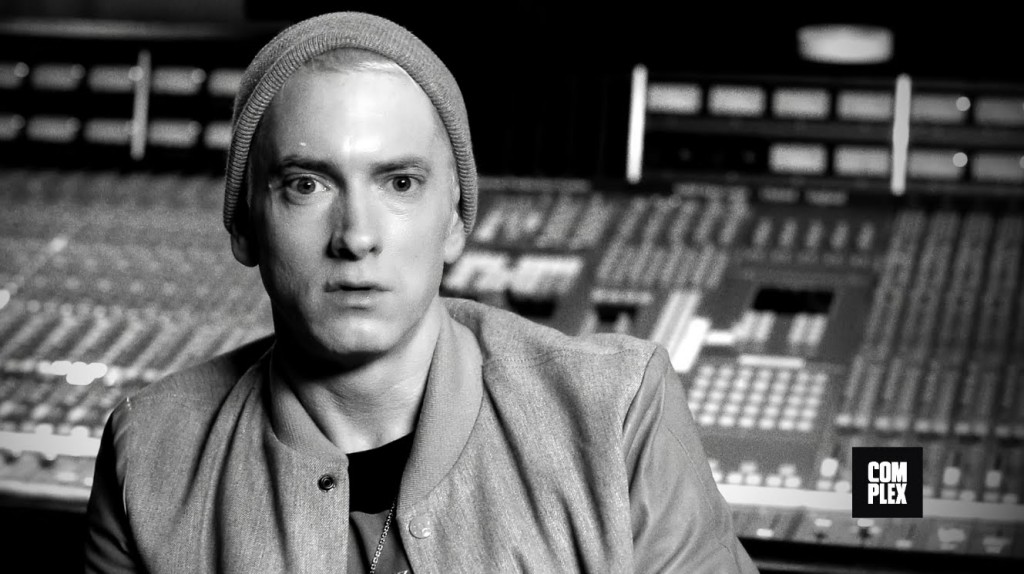 Stray Shots: The Dream Of Eminem's Shady 2.0 May Never Live Up To Its Own Potential

Ural: Eminem must think one is truly special to share the spotlight with someone for an entire project. Spanning a short but well put together nine tracks, Slim Shady sat alongside Royce da 5’9 for one helluva ride on Hell: The Sequel. As Bad Meets Evil, there was never a moment were both sounded like combatants waging lyrical battle against each other. Considering where both lie within the standards of Hip Hop and mainstream pop, Em and Royce collaborated on tracks that felt more like complete songs without sounding disjointed. Despite being on of the most successful EPs of the modern rap era, the Detroit spitters can’t seem to come together for a full-length album. Then again, maybe this will take a lot longer considering where Em and Royce are at this time. Shady Records’ head obviously holds ranking as one of the best selling rapper alive and doesn’t plan on giving up that title anytime soon. Meanwhile, Royce has been working double time as Slaughterhouse’s fourth member and is enjoying better critical success with DJ Premier through PRhyme. Getting both to team up might be difficult due to obvious circumstances. It’d be sad to see Shady 2.0’s greatest success story not get proper due considering the ups and downs these two friends have gone through together personally.

Andre: Hell: The Sequel was supposed to be the beginning of something but it ended up being the end. The good news is that, at the time, they squashed all that beef stuff and started working together again. In fact, it was Proof who facilitated all of that after Royce and he pulled guns on each other and got hauled off to jail. Obviously, there was hoopla surrounding the project. It wasn’t just the meeting of two amazing minds. It was the re-meeting of two amazing minds. What’s a better narrative than that? Em was sober and working, and Royce was maturing and working, and everything was supposed to be well in the world.

The EP went off without a hitch. Speaking with Complex’s chief and their old buddy Noah Callahan-Bever, they spoke about how fun the process was and how most of the EP was finished in one take. Frankly, it was beautiful. Sid Roan, Havoc, and Mr. Porter laced the production. Shoot, the thing even featured Bruno Mars. But, and still, here we are, waiting for the long play to come rumbling back into our lives. For now, the Wily E Coyote and Roadrunner combination of Em and Royce have yet to flourish into the full LP we’ve all been waiting for.

Aside: There was one quote in that Complex piece among many that stuck out. Here it is: “Joining the group had a lot to do with my development. That inspired me to want to step it up. When you get around Em, Joey, Crooked, Joell, you realize you’re not as good as you thought you were.” That’s what Royce said when asked why he’d become such a good emcee over the past few years. Which leads us to Slaughterhouse.

Ural: The possibility of Crooked I, Joe Budden, Joell Ortiz and Royce da 5’9″ getting together for Slaughterhouse sounded excellent on paper. Their debut self-titled debut on E1 was pretty good as well. Since joining Shady, things haven’t grown much for the collective as a whole. However, the profile for each individual member has grown significantly. This is more noticeable after their first album on Shady Welcome To: Our House which DX rated a 4.5 yet, hasn’t managed to go gold. Breaking down the members individually, they all gone in interesting directions. Crooked I changed his name to KXNG Crooked a while back, Joe Budden went from rapper turned reality star to podcast host, Joell Ortiz has consistently released some solid projects and Royce da 5’9 made his PRhyme album with DJ Premier. A major label signed supergroup really didn’t work out like many hoped. However, that was exactly what they needed. The added exposure united each of the four member’s core fan bases to each other. Each member had bad experiences with major labels before going independent together. Once Em got into the picture, their independent profiles grew more than their music as a unit.

Andre: These four emcees coming together was supposed to mark a changing of the guard. It did, in a way, but only kind of, as this Frankenstein combo of very talented individual emcees (brought together on Joe Budden’s gem “Slaughterhouse”) didn’t quite mesh in the way that it could have. Perhaps their styles were too disparate to ever really gel, but welcome to: OUR HOUSE (their third release) had us all hoping for the Hip Hop supergroup the talents of these four artists demanded. Of course, that record on Shady was remarkably built. Shady marshaled all its resources in giving Slaughterhouse the platform they needed to succeed. Production by Eminem himself, HIT-BOY, T-Minus, Boi-1da and. Features from a still blasting heat Busta Rhymes and a newly minted Cee Lo whose single two years prior “Fuck You” took the world by storm. With all that, and with all these grown-ass-men bringing their A games, you thought they might be the Led Zeppelin of Hip Hop. But, instead of all those unique resources being used in the service of Slaughterhouse as they were, the thing ended up feeling aspirational and sort of corporate.

So not quite Led Zeppelin, no. And if they stick with their current formula, then we may never even get the Slaughterhouse album we deserve.

Andre: Maybe Yelawolf isn’t as nuts as he sounds. Trunk Muzik was a slick-talkin’, juiced up revelation, and whenever he hands the reigns back to his hard-hitting stuff, you can see that Catfish Billy is still there, caged, yearning to fly free.. Who remembers the 2012 interview on Shade 45 where he states, frankly, “Shady’s great, I love Shady Records man, I just think there’s some shit going on upstairs, but I don’t know what the f*ck’s going on, back to Trunk Muzik.” Yeah. Neither Radioactive or Love Story truly lived up to the hype created after the mixtape that launched him into the stratosphere. And, quite frankly, it’s strange that they haven’t. All the pieces were there, but instead of sounding fresh, his albums tend to come off as garbled mashups. It is as though there are too many chefs around the pot there at Shady.

Still, his fan base rides for him. And with that sound and that ability to build a rabid following, let’s see what the Alabama hitter has up his sleeve next.

Ural: Catfish Billy had quite the potential before Em picked up the Alabama native. Before then, he released his breakout mixtape Trunk Muzik and raised those dixie colored flags as someone ready to rise above the then new crop of emcees including Kendrick Lamar, Big K.R.I.T., Meek Mill and Mac Miller. Since then, it’s been a disappointment after disappointment despite a few killer one-off collaborative works with Travis Barker to DJ Paul. His Shady debut Radioactive could be seen as the decade’s most disappointing debut this side of Drake’s Thank Me Later (though he made that up in spades the next go around). Yela’s sophomore follow-up Love Story felt like a watered down version of Bubba Sparxxx’s Deliverance (one of the most underrated Southern rap albums ever). Collectively, the total sales for both his albums have yet to even go gold. Regardless, leave it up to his rabid fanbase and a huge majority of DX’s fanbase, Love Story is the best album this year despite low sales and an average Metacritic score of 64 percent. Then again, Donald Trump is leading the GOP polls currently, making him a serious contender for leader of the free world. Who needs facts and logic, right? Erratic behavior such as that startling admittance of alcoholism on ESPN give his delusional fans better context.