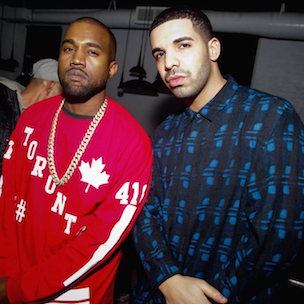 Ural: While Cash Money makes a downward spiral, October’s Very Own has been slowly plotting all along. If You’re Reading This It’s Too Late was released Thursday night following an early morning message from Rap-A-Lot founder J Prince Sr. that could be described as something equally direct and cryptic. Drake’s relationship with the historic Houston label goes back even before his residency at YMCMB through J Prince Jr. who actually discovered him. Therefore, the ties were always there alongside the Toronto native’s affinity for everything H-Town. Lets not forget J Prince Jr sued Cortez Bryant and associated parties for attempting to cut him out of money owed for essentially incubating Drake’s career. Makes sense why Bryant, Baby and Wayne himself were called out in the “Courtesy Call” message. Where Weezy fits within this mess is interesting considering his current legal battle with Cash Money as well.

As Drizzy’s fourth album/mixtape completes his obligation to the label, there’s a nice comfortable home over at Warner Brothers that he’s been building for quite some time through OVO Sound. Him moving over there would be the logical move and If You’re Reading This It’s Too Late is the perfect send-off or the F-You some send on their last day of work at a job they’ve simply outgrown. That means also sending shots to co-workers (Tyga) and subtly telling the boss (Baby) their exact feelings. However, Drake’s relationship with Wayne seems stable since the Young Money head is featured on the “Used To” track. With Tyga’s career pretty much dead after “6PM In New York,” Nicki Minaj allegedly blocking Birdman from her Grammy party and Wayne being vocal about his Cash Money problems, Drake “Beyonce’d”(yes its a verb now) the final nail in the New Orleans label’s coffin.

Andre: What the hell kinda name is If You’re Reading This It’s Too Late? Scribbled in some childish lean as an afterthought, it seems, along with the 6 God emblem small as ever below. Why would Drake, who talks about loyalty an awful, awful lot go to such lengths to make the release seem troll-y? A super late drop one night after your mixtape was teased as coming weeks from now. Then there’s the content. On one joint he talks that Drake featuring Drake stuff about being Wayne’s worthy successor. Then, there’s the idea that he’s dropping his mixtape in the middle of Diddy’s festivities at All-Star weekend. Stealing the thunder of the man who hemmed you up? Sure. Why for retail? When did that become a thing? All original material, too? Is this an album or a mixtape? The reports go back and forth.

All signs point to all of this being shadowy and intentional, which is completely Drizzy’s style. On “6 PM In New York” he raps his ass off about Tyga acting his age and not his ladies age. Ouch. But he doesn’t mention his age. Ha! Trolling at it’s finest. This is all without ever mentioning J Prince Sr.’s “Courtesy Call.” There wasn’t anything about that call. Nope. Not at all. So is the big reveal that Drake will be hitching his wagon to Wayne’s starship enterprise and donning the captain’s seat? It may. We’re just speculating.

Are We Having Kanye Fatigue?

Andre: I want to make something crystal clear. I will never, ever get tired of Kanye. Even his boring stuff make me interested. He’s brilliant, egotistical, and a fire-cracker who feels so passionately about music and about art that his temper bubbles over into wackiness. That time he said George Bush didn’t care about black people is still the most poignant racial tome of my short life thus far. The issue with Kanye is his reach. He’s so ubiquitous and makes so many waves that anything he does is damn near news-worthy. And he’s not necessarily wrong about the Grammys, either.

He’s not Barack Obama, though, and he shouldn’t have to be.  Does everything need to come from a slick narrator who’s not going to offend any political connects? Do we have to stay in this world of beige where any show of emotion is seen as an attack? I hope not. But that doesn’t mean he’s not annoying the hell out of other people. That too is a kind of power. So of course everyone is allowed their God-given-right to respond to Kanye West in whatever way that they would like, but it doesn’t mean he should stop talking, and it doesn’t mean I’ll tire of him anytime soon.

Ural: Drake has already put a stranglehold on 2015 as Kanye found a way to make headlines this week without releasing any music. It all kicked off Sunday evening as Yeezy almost interrupted Beck’s Album of The Year award speech at the Grammys before slamming the award ceremony while speaking with Ryan Seacrest. This led everyone from Garbage lead singer Shirley Manson to 50 Cent engaging in criticism of the G.O.O.D. Music head. While the media and general population reaction was as ruthless as usual, Mr. West got people talking about him. Is that what he wants? Are we really tired of Kanye and his overexposed significant other? Maybe not because we’re all still either defending or bashing him. When people stop talking, then Yeezus himself should be worried.

And of course, that’s not going to happen if yesterday’s Yeezi Boost premier said anything. Besides being a celebrity and fashion industry figured filled event, it’ll be interesting to watch the hype around a shoe that’s reached Jordan level of anticipation. Whether people like it or not, there’s a huge possibility lines will wrap around the block for the sneaker/boot hybrid’s launch. Even news reports focusing on North West’s screeching cries is telling on many levels. Hell, even if Kanye decides to go silent, Kim K has turned being a media troll into some twisted artform. Remember what happened when she Instagramed the first photo of Yeezus and the Red Octobers? Together, they’ve both managed to constantly stay within the realm of contemporary American pop-culture for better or worse. Looks like Kanye is just getting started.