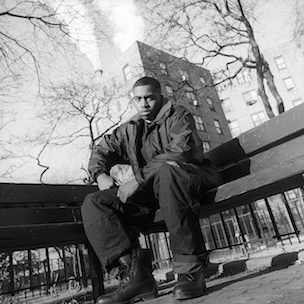 Nas Is Like: 9 Lesser Known Cuts From Nas' Illustrious Catalog

With his classic debut Illmatic reaching its 20th anniversary earlier this year, the new documentary Time Is Illmatic currently garnering critical acclaim, and now a brand new track“The Season” dropping last week over a very famous Dilla beat, legendary Queensbridge emcee Nas has been back in the spotlight all year.

After it turned 20 this past April, fans, bloggers and journalists the world over have been revisiting Illmatic to dissect every beat and line. Its influence looms large over the rap game, but for Nas, his landmark debut has proven to be both a curse and blessing. It still casts a long shadow over his own catalogue, with every one of his subsequent releases continually falling short of the impossibly-high standards he and his fans set on his debut.

Yet it remains a revered work, and a serious contender for The Greatest Hip Hop Album of All-Time gong. So when word emerged that its 20th anniversary re-release would be a double-disc packing previously-unreleased, digitally-remastered heat, rap fans’ pulses were set racing. Thoughts immediately turned to the assortment of tracks that had leaked out over the years, and the other material possibly stashed in those Columbia Records’ vaults.

In the end, however, only one song from the pre-Illmatic days — “I’m A Villain” — was included on Illmatic XX. The rest of the bonus disc comprised a bunch of remixes that had appeared on the early singles,along with an old Stretch & Bobbito freestyle. Fans were only barely satiated, and it felt like a missed opportunity.

So as Time Is Illmatic continues to rack up the rave reviews, and Nas drops his first new material since 2012s Life Is Good, rather than revisit that Jay-Zs, “One hot album every ten year average” line from “The Takeover” and debate 20 years’ worth of hot-and-cold follow-up albums, we’re delving deep back into the legendary Queensbridge rapper’s stellar stock of unreleased gems, where so much of Nas’ best post-Illmatic material lays. Here’s ten of the best demo tracks, non-album cuts and off-the-radar rarities from one of rap’s finest musicians.

“Life Is Like A Dice Game” is another song often mistaken as a pre-Illmatic demo (which is impossible, given that Nas shouts out his daughter Destiny – born after Illmatic was released — on the track). It was actually recorded during the same early It Was Written session as “Understanding” though much of Nas’ lines, (“I never knock a brother/I’m anti-jail, for real/Smooth criminal skill, locked in a human flesh shield”) put this in the same stylistic neighborhood as “It Ain’t Hard To Tell,” suggesting Escobar season had not quite yet begun at this point.

Meanwhile, the warm soul-infused production sets the tone nicely, and carries little of the crossover sheen that would come to define his sophomore set and so divide fans and critics. Interestingly, though, Large Professor revealed in an interview that an alternative version of “Dice Game” was made — but never released — using Sylvia Stripling’s “You Can’t Turn Me Away” (later used memorably in Junior M.A.F.I.A.’s “Get Money”).

Another sent-to-the-vault joint said to have been culled from It Was Written by those geniuses over at Columbia, “True Dialect” finds Nasir getting all introspective over some hashish, a few Hein-y’s, and Edwin Starr’s “Easin’ In” (later used by the Alchemist for Prodigy’s “Mac 10 Handle” in 2007).

It’s unclear if this was intended as a skit, or just that a more fully-formed version has yet to surface, but the way in which Nas nonchalantly tosses out an assortment of killer lines (“I hung a nun in ‘91 to captivate the rap race“) with style and finesse immediately draws comparisons with the Alchemist-produced banger “Book of Rhymes,” from 2002s God’s Son.

“The Rise And Fall”

“The Rise And Fall” was originally due to be included on I Am… The Autobiography, a double-album planned for early 1999. An early victim of mp3 leaks (this was the halcyon days of Napster!), the project was jettisoned and then quickly reworked as two separate albums – the messy and unfocused I Am and the weak Nastradamus. Much of the unreleased material later resurfaced on 2002’s excellent The Lost Tapes, though “The Rise And Fall” somehow fell between the cracks – a shame.

Over a slick, understated groove, Nas charts his rap career up to that point, from the wild hedonism and early excesses (“’94, sold out in every record store/Local hoodrats who wouldn’t speak, now I’m who they checkin’ for”; “Shown crazy love/Ran up on stage with 80 thugs/After the shows, my niggas robbed the bar and wrecked the clubs”) to the creeping doubts that emerged on the heels of It Was Written as he juggled street credibility with crossover success (“Hearing crowds roar, Cristal pouring mixed drinks/Haunted by the thoughts of second album sophomore jinx/Where did I fail?”). The inspired use of a Slick Rick vocal sample for the hook is the icing on the cake.

Another refugee from the original I Am… The Autobiography sessions which didn’t show up The Lost Tapes. Underpinned by a breezy loop of the Isley Brothers’ “For The Love Of Yo,” “Good Morning” is the perfect, morning-fresh flipside to the tense, nocturnal Rotten Apple-paranoia of “N.Y. State Of Mind,” and thematically serves as a close cousin to Ice Cube’s “It Was A Good Day.”

Sketching out a regular day in the ‘hood, Nas displays superb attention to detail with close-up observations of coffee-sippin’ crooked cops, early-morning garbage collectors and cheating husbands. Elsewhere, lines like, “Can’t you tell I’m much happier nowadays? / No more child play / Livin’ life the foul way” display the sort of confessional, personal insight that powered later songs like “Daughters” and “The Last Real Nigga Alive,” making them much more compelling than his clumsy depictions of the mob life a few years earlier. And with rumours of a follow-up Lost Tapes 2 project constantly rumbling, “Good Morning” would be surely be top of the pile for inclusion.

The “Stillmatic Freestyle” is an early ”Ether” pot-shot at Jay-Z, recorded as a response to Hov’s “The Takeover” single and general QB-baiting antics at Summer Jam in 2001.  While “Ether” may be his best-known Jay-Z diss (the term has even entered the Hip Hop lexicon, with kids today still talking how rappers “ether” each other in beefs), the song — a studio freestyle that exploded onto mixtapes and bootleg vinyl during that long hot summer – remains a vital piece in the Hov’ vs. Nas jigsaw

Though Nas’ raps – laid out over Coldcut’s legendary “Seven Minutes Of Madness” remix of Eric B & Rakim’s “Paid In Full” – may not carry the venom of “Ether,” the track still packs a punch, with Jay-Z plus the rest of Roc-A-Fella taking a verbal barrage of Queens’ fury: “Rip the Freeway, shoot though Memphis with money bags/Stop in Philly, order cheese steaks and eat Beans fast/And bring it back up top, remove the fake King of New York/I rule you, before you used to rhyme like the Fu-Schnickens/Nas designed your Blueprint – who you kidding?”

“Tales From The Hood”

On Illmatic, Nas’ dizzying wordplay and intricate flow solidified his rep as one of hip-hop’s premier lyricists. But over the years, his vivid, live-from-the-frontline, street dispatches have also helped him earn a spot among the rap game’s finest storytellers.

“Tales From The Hood” — an ancient DJ Clue mixtape exclusive — is classic storytelling Nas, with QB’s finest dishing out a series of cautionary tales set in the midst of New York’s infamous Crack Wars of the mid-1980s. Not exactly “You Owe Me,” then.

One of two Nas exclusives from DJ 31 Degreez’ 2009 Eldorado Black Project (along with “Fear of Mandingo”) , “Livin” It’ finds Nas firmly in reflective move, contemplating on how he went from B-Boy to A-lister without forgetting his fam’ (“I can still see the city, still see the ‘Bridge/I can still see the dreams of my niggas that ain’t lived…”).

The rhymes are solid, if unremarkable, but the production is the real headline-grabber here: the luxurious soulful trumpets of Eddie Henderson’s “Beyond Forever” providing the retrospective backdrop as Nas goes, “Back to the ‘Bridge to buy the whole block beers.”

Propelled by a fat slab of bass from Grover Washington Jr’s “Mister Magic”  with snatches of Keni Burke’s “Risin’ To The Top” tossed in for good measure — “Understanding” was one of the first batch of songs recorded during the early It Was Written sessions.

Though it was ultimately left off Nas’ 2nd album, the song did emerge on a bootleg 12-inch single with “Life Is Like A Dice Game” on the flip. It also showed up on a few of those unofficial “Illmatic Demos” mixtapes a couple of years back, alongside a handful of other unreleased bits and pieces such as ‘Just Another Day In The Projects’ and an early demo version of ‘Represent’

According to Large Professor, the track was recorded in Biz Markie’s studio shortly after the release of Illmatic in the run-up to Nas’ second album. Though Biz and AZ are listed as guest features on the track, they don’t really do much here, but Nas serves up an impressive street-level lyrical blitz (“I’mma float like the Jetsons — futuristic/Rapping mystic/Bust it, try and diss while my finger is on the iron biscuit/I rhyme terrific, sparkling like the diamond district…”) that contrasts sharply with the Mafioso-themed fantasies that filled up much of It Was Written.

Though questions still surround the origins of “Déjà Vu,” its themes – together with Nas’ cadence and flow – indicate it was recorded sometime in early ‘95. Nas’ blistering first verse is instantly recognisable, as he used it again for his guest spot on Raekwon’s “Verbal Intercourse,” from the latter’s 1995 classic Only Built 4 Cuban Linx…. Meanwhile, the hypnotic beat – produced by one-time Sony Music Studios assistant Chris Winston and topped with that signature mid-90s east coast production staple, the sleigh bell – carries echoes of “One On One,” another forgotten Nas gem which featured on the soundtrack to the 1994 movie Street Fighter.

According to Winston,  “Déjà Vu” had been set for inclusion on It Was Written, but was yanked from the final release as the powers-that-be felt its street-level aesthetic jarred with the glitzier, more polished vision they had for the album.  Still, the chorus (“Here’s a toast to my foes, trees and women (déjà vu)/It’s like a whole new beginning”) and the third verse (“Escobar life, gems and raw Tims/Gators for pretty boy haters/In Vegas with chicks trickin’ fortunes…”) offer some illuminating early clues as to the direction Nas’ music was beginning to take at that point.