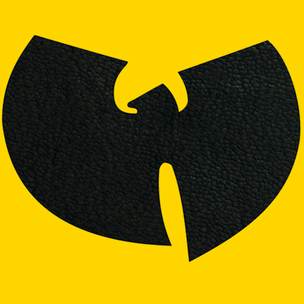 For 18 years, two letters say it all, “Wu.” The nine-man outfit of the Wu-Tang Clan has made a way for literally hundreds of artists in Hip Hop. There have been classic and platinum albums like the group’s 1993 debut, or Ghostface Killah’s Supreme Clientele, and there have been quieter releases that went under the radars of even the most core fans.

Veteran Hip Hop critic and occasional HipHopDX contributor Alvin Blanco broke it all down in his new book, The Wu-Tang Clan and RZA: A Trip Through Hip Hop’s 36 Chambers. Published by Praeger Books, this hardcover work chronicles the early days of the Wu, musically and personally, through to their present resurgence. The 254-page book boldly looks at the makings and personnel of nearly every Wu-related album ever made, from group to solo to side-projects. We learned a lot in this book, but here are 10 things we wanted to share with you, in celebration of Alvin’s book.

1. The Wu-Tang Clan only received a paltry $200,000 advance for their classic 1993 album, Enter The Wu-Tang (36 Chambers). Interestingly enough, the book reveals that the album cost only $36,000 to make. This seemingly low-ball from Loud Records allowed the group to sign solo deals that brought labels like Def Jam Records, RCA Records, and Elektra Records to the fold in the subsequent bidding wars.

2. The Steubenville connect. Last year, DX asked Killarmy member 9th Prince about the years he and big brother RZA spent outside of the Pennsylvania and West Virginia borders, in the Ohio mill-town. What we didn’t know was that Ghostface Killah was reportedly shot in the neck and arm while there in the early 1990s, after an alcohol-induced altercation.

3. RZA did a borrow-trade of his SP1200 with producer RNS for his Esoniq EPS sampling work station for much of the creation of Enter The Wu-Tang. RNS is known for extensively producing The UMC’s album, Fruits of Nature on Wild Pitch Records. The UMC’s member Kool Kim would eventually resurface in recent years as NY OIL. RNS would go onto produce for Wu-related acts like Shyheim, GP Wu and Gravediggaz.

4. GZA was not present for any of the  Iron Flag recording sessions. For Wu-Tang Clan’s fourth album, which like the debut, was recorded in New York City, Genius sat out for unknown reasons. While Cappadonna was not involved at all, GZA reportedly sent in ProTools sessions for the 2001 group effort.

5. U-God received a $1,000,000 deal to sign with RZA’s Razor Sharp Records and record Golden Arms Redemption. The 1999 album was second to only Masta Killa’s No Said Date as the remaining solo debut from Wu-Tang Clan members, who strangely released after acts like Cappadonna, Shyheim and Killah Priest.

6. GZA’s strategic signing with Geffen Records. According to Blanco’s book, The Genius went to Geffen at the height of the Nirvana wave for just that reason – the label lacked a Black Music Department, and GZA sought priority treatment – especially after the Cold Chillin’ Records situation. The label is where he released sophomore album, Liquid Swords, prior to the MCA merger.

7. Ghostface Killah’s bootleg classic “The Sun” featuring Slick Rick and Raekwon was listed in the credits on the back of Bulletproof Wallets, but never actually on the 2001 album. We forgot this – blame having the bootleg, with “The Watch” also on it.

8. Wu-Tang is for the children. In March, 1998, Ol’ Dirty Bastard saved a girl, who was trapped under a car. This was reportedly en route to the Grammy Awards, where O.D.B. bum-rushed the stage 12 years before Kanye, and 11 before Lil Mama. Time magazine honored Dirt McGirt as “Citizen of the Week.”

. The book rehashes a 1999 Source magazine interview where GZA says he asked the Royal Fam member, veteran Timbo King for permission to expand on a homonym line about labels he heard in the studio. A classic series was born. Interestingly enough – Timbo King’s solo debut, From Babylon To Timbuktu, will release on August 16.

10. GZA’s 1999 Arabian Knight-produced single, “Breaker, Breaker” was partially inspired by his father, who was a truck-driver. The Beneath The Surface cut even featured a chorus delivered on a CB.

Purchase The Wu-Tang Clan and RZA: A Trip through Hip Hop’s 36 Chambers (Hip Hop in America) by Alvin Blanco