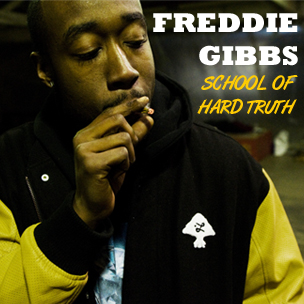 “I can’t teach you how to Dougie, but I can teach you ’bout this thuggin'” – Freddie Gibbs, “The Coldest One”

As a kid, I remember traveling through some of the areas that emcees had taught me about. I remember an early 1990s trip through Queens, New York, thinking about how the surroundings had influenced LL Cool J. A year after the L.A. Riots, I journeyed through South Central, Los Angeles in transit and drew the parallels to the music my friends were playing on The Chronic  and N.W.A. cassettes. Even in one of my first jobs, driving artwork from Pittsburgh to Cleveland, I couldn’t help but think of Bone Thugs-N-Harmony when I’d make my rounds on Euclid Avenue. Hip Hop can truly be an audio Travel Channel for its listeners, but in an era of Google Earth, what’s there to listen to that we can’t see for ourselves?

Last fall, I drove through Gary, Indiana on a cross-country trip. As I saw the vacant storefronts, rusted away mills, and people on sidewalks seemingly waiting for nothing, all I could think about was Freddie Gibbs. One emcee helped me understand a place and feel its essence through his raps. It all made sense to me, and I immediately wanted to listen to the just-released Str8 Killa  EP to see if I could draw more from it. That’s something I loved about Hip Hop and it felt lost on me in recent times.

I remember the summer of 2006. Another Midwest rapper with a  similar name, Jibbs, had a nerve-racking hit on his hands in “Chain Hang Low.” As children everywhere mistook the St. Louis’ rapper’s hit single for an ice cream truck that was never coming, my friends at Interscope Records began talking to me about Indiana’s Freddie Gibbs. A close-minded editor still cutting his teeth, I waved them off, paying little attention to either, jadedly assuming that the two had more in common than similar-sounding names. I was wrong, and in the years, I’ve apologized to Freddie with laughter for my grave mistake.

Two years ago, Freddie Gibbs’ music resurfaced on me. One of my favorite sites online, CocaineBlunts.com, began talking about the often expressionless emcee. Through that, I heard a song from Gibbs’ then-latest tape “Murda On My Mind” that changed my overall feeling about Hip Hop’s future. The same year that Drake made his ascent from blog sensation to star through So Far Gone

, and Kid Cudi made a superb-but-deeply sensitive debut album, I was yearning for raw lyrics. I wanted something macho in Hip Hop at a time when so many emcees were veering into experimentation and exploration. Through mixture releases of his own, Freddie Gibbs was my answer.

Giving fans over a hundred mixture songs in one year, practically bootlegging himself, Gangsta Gibbs definitely subscribes to the new artist method of marketing. However the mid-twenties emcee carries himself like a seasoned veteran and highly-educated fan of Rap music. Like Waka Flocka Flame, Freddie Gibbs often appears highly apathetic to the industry. The Beanie Sigel line, “I ain’t even chase this dream, I feel sorry for those who did” comes to my mind when I watch or read Gibbs’ interviews. However, get him talking about Hip Hop, and the man is clearly a listener. It’s understandable as to how Gibbs started rapping so late in his life and found success. His story was original and his ear was already trained to various styles and deliveries. Even his Labels Tryin’ To Kill Me title and cover art alluded to a 1994 Master P album that I personally was new to, something that made me both embarrassed and intrigued. Working with the likes of Buckwild, Bun B and Alchemist, this emcee knows his history and respects his elders – a trait I don’t always get from ’00s-era emcees.

There have been a limited number of new artist releases in the last few years that have been incredibly eager to support – Yelawolf‘s Trunk Muzik 0-60, Fashawn‘s Boy Meets World and U-N-I‘s Fried Chicken & Watermelon are some of the few. However, when Gibbs released Str8 Killa, I was there to buy it the day it released. Walking in the rain through downtown Philadelphia to FYE, I purchased the album, with Discman in hand. Walking back home reminded me of the kind of experiences I had with Hip Hop as a kid. Moreover, Freddie Gibbs reminds me of the kind of emcee that made Hip Hop music my tireless passion. He’s cool, skillful and sincere – another element I find absent through many new-jacks.

That Str8 Killa project was far from perfect. Give or take a Dan Auerbach and Bun B, I found most of the guest appearances unworthy to share the mic with Freddie. Gangsta Gibbs is just that – a gangsta. I enjoy the fact that more than brag about how many ounces he’s bagged, Gibbs speaks in broader terms. Like 2Pac, Scarface or even somebody like B-Legit, Freddie puts some substance in his thug definition. It’s about drinking in the afternoon, dealing with raising siblings and maintaining a low profile in crunch-times. In the music of Freddie Gibbs, hustling is not synonymous with selling, it’s synonymous with survival. And last year, driving through Gary, I got a glimpse of the odds Freddie’s been up against. That EP reveals this, and songs like “National Anthem”

are blue-collar anthems, odes to oppression and music that touches the angst in so many of us. Moreover, surrounded with a hard-working management team, Gibbs made a visual for the song that was more profound than those with 10 times the budget.

At South By Southwest this year, Freddie Gibbs was scheduled to headline Decon and HipHopDX’s Never Not Fresh showcase. A fan of all the acts, I was most eager to see Gangsta Gibbs perform, with his signature Hennessy bottle in tow. Five minutes from set-time, my colleagues and I watched Freddie eyeing the entrance of the club like a hawk. Unlike other rappers, who portray one thing in songs and act surprisingly different, Gibbs’ attitude that night matched his most abrasive lyrics. As an altercation broke out at the club’s entrance, Gibbs immediately jumped off of the 12 foot balcony and bum-rushed the melee. It reminded me of that Jay-Z MTV special 10 years ago, where Beanie Sigel tumbled into the crowd to punch a drink-thrower. Gibbs was up, and Gibbs was out. The event ended abruptly with its headliner out in the streets. I for one was impressed – not with the violence or the fakery, but with the mere fact that at least one talented young emcee is walking it as he talks it. Just-Ice, Freddie Foxxx and ‘Pac would be proud, I think. Hip Hop at its best is a lifestyle, and when an artist is telling you to never back down, he better live by his own sermon. I don’t know what came of Gibbs’ evening. Back in the hotel, I checked Twitter and saw that the event was never addressed. Real G’s move in silence like lasagna.

I am happy that Gary’s pride has signed with Young Jeezy. With T.I.’s proven success aligning with B.o.B. and Killer Mike, every superstar needs raw talent surrounding them. I was never too keen on U.S.D.A. or Jeezy’s past artists, but hopefully this adds to his empire. While I wonder when Baby Faced Killa will come out, I urge fans to look back to (and support) Str8 Killa. It is an EP, but Gibbs and Decon reached stores, they compiled liner notes (thanks for the look), and they shot videos. As an indie operation, that’s more than so many new artists are willing to do. We may be waiting several years for what comes of this Jeezy support (the success of Maybach Music Group’s new roster leads me to believe that the wait won’t be long at all), but this five-plus year veteran of the industry has laid his mark. Like 50 Cent‘s move from Guess Who’s Back to Get Rich Or Die Tryin’, we must remembered what delivered him. And if it never gets better than this, it’s still pretty fucking good.

As the budgets increase and the recognition grows, I salute Freddie Gibbs for unpretentiously going back in time. His flows may call back to Do Or Die and Twista and his beats polish off ’90s-sounding Gangsta Rap classics, but this is somebody who I trust with the future. As the sunglasses and neon continues to create a nice ambiance around Hip Hop, Gangsta Gibbs’ hard squint remains a reality check for us all to hold onto.

Jake Paine is HipHopDX’s Editor-in-Chief. He has over nine years of professional journalism experience, and has written for XXL, The Source, Forbes, and the Pittsburgh Post Gazette. A native of the Steel City, Paine lives in Philadelphia. 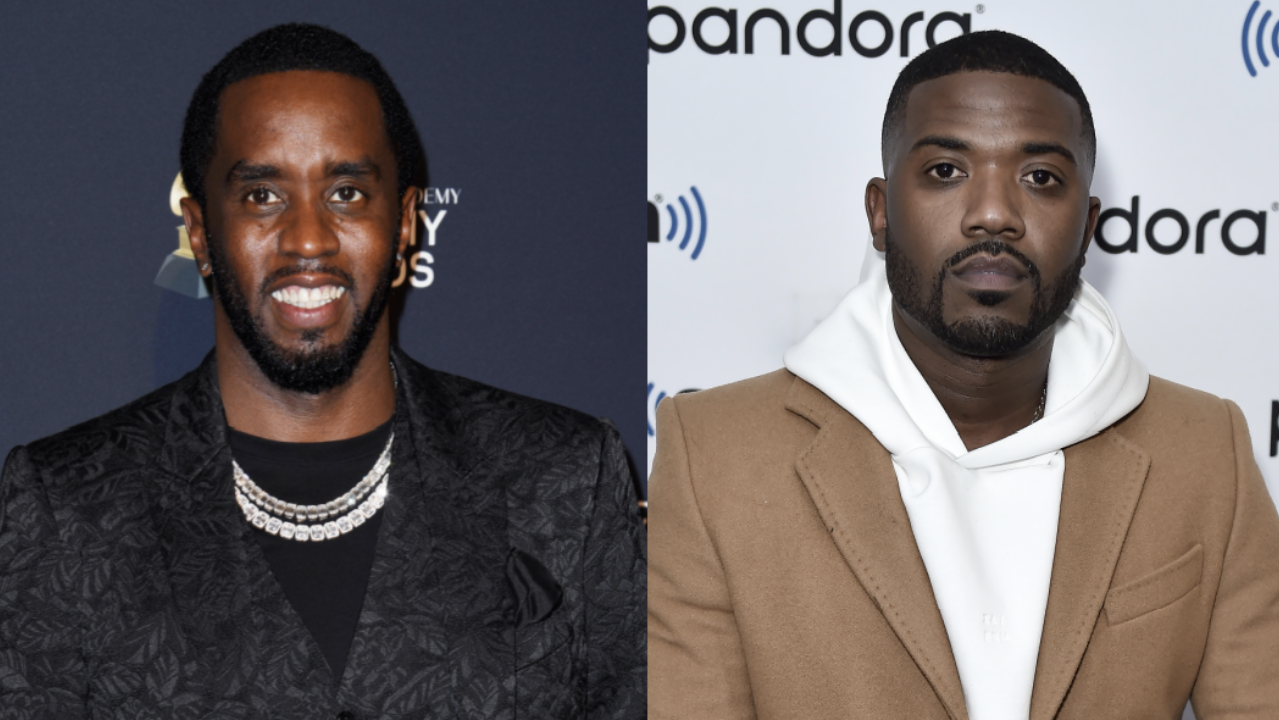