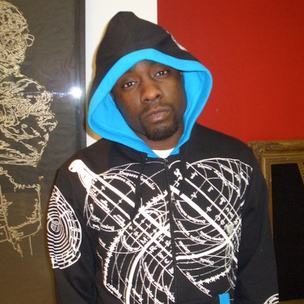 “I don’t parlay with a crew nigga / I don’t Wale or them new niggas…” –Sean Price, “Figure Four.”

Until earlier this week, I wasn’t a fan of Wale. From the beginning, when people were heaping praise upon him, right up until the Maybach Music Group signing, his music just never personally appealed to me. But Tuesday night, seemingly out of the blue, author Kola Boof took aim at Wale saying he was responsible for many negative images among both Africans and African Americans—particularly females and children. Some strong words were typed, and since this took place on Twitter, many generalizations and insults were traded. Chief among them was Boof referring to Wale as “nigger.” Until now, most outside of Hip Hop knew Boof as Osama Bin Laden’s former captured mistress. And while that issue was broached, Wale addressed the criticism and moved on.

Think about the IMAGES in Wale’s videos….and then look at why Nigerian kids, both male & female, want to skin bleach. HIS VIDEOS!! partly23 May via TweetDeck via TweetDeck Favorite Retweet ReplyKOLA BOOF (Official)
KolaBoof

@Loyalitv WALE IS a fucking Nigger. That’s what he is. And so are millions of other Self-hating Black Men. And I’m African Woman saying it.15 hours ago via web Favorite Retweet ReplyKOLA BOOF (Official)
KolaBoof

So now, I find myself a Wale fan. While some people are calling him a sellout for aligning himself with Rick Ross, I saw something different this week. With those 140-character bursts, Wale defended himself and helped spark a debate between people on the issues of Hip Hop’s influence, female sexuality and the idea of what it means to be black. We’re in an era where many of the mainstream rappers left are desperately trying to appeal to the same demographic that buys Katy Perry records. Half of the emcees with Wale’s mainstream success would have been too scared of jeopardizing their potential sales to respond on such a taboo subject as race in Hip Hop. I’m not saying I’m going to run out and go buy a copy of Self Made Vol.1  today, but I think a few points can be made in Wale’s defense.

And @kolaboof thinks that because she contributed to writing a few books, that she can talk down to me. With all due respect ms….23 May via UberSocial Favorite Retweet ReplyWale Folarin
Wale

@kolaboof I can sit up here and say you were porking terrorist…like a lot of your peers say. But I’d rather not, because I’m ignorant to..23 May via UberSocial Favorite Retweet ReplyWale Folarin
Wale

@kolaboof whatever relationship you had with Ol’ Boy. ..and my ignorance to THAT particular subject will keep me quiet. W/ that said u shd 223 May via UberSocial Favorite Retweet ReplyWale Folarin
Wale

“They kidnapped your creative control / No chance of going platinum or even gold…” –Showbiz on “Feel The Vibe” by Diamond & The Psychotic Neurotics.

Boof contends that Hip Hop objectifies women, and emcees like Wale promote African American self-hate by casting fair-skinned, black women in videos. She’s essentially making the same argument Ashey Judd recently made. Only Boof adds the additional charge of basically calling Wale a traitor to his race. You could honestly write thousands of words on this subject alone, but let’s begin with Wale and black women. The video in question is “Pretty Girls.” There was plenty of backlash, and Wale not only immediately pointed out that the casting director was in charge of the women in the “Pretty Girls” video, but he also released “My Sweetie” (an alternate video which featured more dark-skinned African American women) immediately afterwards. The fact that the same control issues allegedly happened with Wale shooting his “Chillin’” video in Boston as opposed to the Washington, D.C. area he preferred, lends credibility to this claim.

Wale’s critics call both instances a cop out, but Wale cited his lack of authority to make such decisions a big part of why he left Interscope and joined Ross at Maybach Music Group. At the very least, he made a conscious decision to move to a label where he had more creative control. Criticize the “Pretty Girls” video all you want, but if you choose to do so, at least recognize Wale for learning to taking a hands-on approach with his career. I don’t particularly care about the “Pretty Girls” argument, because it’s full of holes.

“People think they diss my person by stating I’m darkly packed / I know this so I point at Q-Tip / And he states black is black…” –Posdnuos, “Me Myself And I” by De La Soul.

There is an idealized standard of beauty in the entertainment industry, and to think it only discriminates against darker-skinned, black women is naïve. Overweight people, mentally and physically handicapped people and even people with prominent facial features are all victims of similar discrimination. There are blacks in powerful positions at major corporations (including record labels) who make similar decisions with no such criticism. At the very worse, you can only argue that Wale was complicit in this discrimination because he wanted to make more money. But what right does Boof or anyone else have to infer that his decision promotes a hate of African American women? Show me some statistics on skin bleaching that are related to Wale or any other rapper.

I don’t care if Wale only wanted to use white women in “Pretty Girls.” So what. It’s his video, and if you disagree with the image he portrays, you can choose not to support him as an artist. There’s no written rule that says he owes black women a debt of gratitude because he’s of Nigerian descent. As it happens, Wale cares about such matters and shot another video. But the same idealized standard that caused the uproar about Wale’s video is applied to a majority of everything else in the entertainment world—even the programming that supposedly caters to African Americans. Some of the same women who criticized Wale also work in different parts of the entertainment industry, and they’re quite happy to cash the checks it provides. But unless you totally boycott the entertainment industry as a whole, singling Wale out is rather hypocritical.

To buy into the “Pretty Girls” argument immediately brings two more issues into the equation. Do the fairer skinned women in the video embody less of the black experience because there’s not as much melanin in their skin? I find that to be a totally bullshit theory, and there is where the double standard lies. A black woman arguing that another woman looks biracial, and therefore “less black” is self-hate by definition. And it’s just as damning as calling Wale a discredit to his race. Why do Boof and others continue to reduce the black experience down to the shade of someone’s skin color?

“Can’t have one or two guns without squeezing ‘em / On our on people and / Fuck black leaders cuz whites ain’t got none leading them…” –Nas, “Black Zombie.”

Should we really be revisiting the stigma of house Negroes and field Negroes in 2011 anyway? One in 15 black adults are in the industrial prison complex. Literacy and high school graduation rates are piss poor among the African American community. We can talk about poverty, infant mortality rates, the number of black women sexually assaulted annually or any number of issues more important than the shade of black women in Rap videos.

During what equated to a 48-hour Twitter session, Boof pointed out that her parents were murdered by what she called “Arab Muslims.” On one hand, critics such as Boof and Joy Daily condemn Wale for the type of black women in his videos. But the same critics point out that their upbringing gives them a unique perspective on the matter. Only the latter claim is valid. According to Boof, she not only was victimized by the Mujahideen, but she also admittedly had forced, intimate ties to Osama Bin Laden—a man whose twisted beliefs fundamentally changed the way a large portion of the world lives. I’m not going to speak on what happened between Boof and Bin Laden because I don’t know all the facts on the matter. But I won’t discount it either, because it makes her perspective a truly unique one. Does either experience mean that Boof understands the so-called “struggle” more than Wale, or Barack Obama or even some upper class, black person that grew up with both parents? I don’t think so. You can’t quantitatively categorize the so-called “black experience.”

In my opinion, there is no singular, homogenized standard for what it feels like to live and/or be raised as a black person. Depending on your age, income, gender and other factors, it’s different for everyone. And that goes for Nigerian-Americans like Wale on down to the Tiger Woods set who prefer to be recognized as “Cablanasian.” If a white woman decides to gyrate against a stripper pole in a Kid Rock video, there’s no outcry from the white political or cultural pundits that Kid Rock is selling-out his race by throwing money at that woman. And yet, when a woman voluntarily chooses to be objectified or idealized in a Rap video, a group of so-called black leaders can’t run to the phone fast enough in hopes of being the next talking head on CNN to blame Rap for it. There’s this continual notion that all black people should be homogenized and buy into the same political and moral ideals. But debates like the one between Wale and Kola Boof prove that we clearly don’t. And that’s not necessarily a bad thing.

There are plenty of things wrong with Hip Hop. I’m obviously not a black woman. So if you want to single out objectifying women as one of those things, I’m in no position to tell you otherwise. Just know that Hip Hop didn’t write the book on treating women like sexual objects, and many of the negative female images singled out in Hip Hop apply across all forms of the entertainment industry. But if you do want to buy into the notion of a unified, homogenized, black community, you can’t turn around and attack blacks of lighter complexions as Kola Boof, Joy Daily and others have. If you don’t like the images Wale or any other rapper portrays, don’t buy their music. But Wale—regardless of where he or his parents originate from—doesn’t owe you shit. You can figure out that much by what he didn’t say on Tuesday. And based off of that, he just won over another fan.

Omar Burgess is a Long Beach, California native by way of Flint, Michigan. In addition to contributing to various magazines and newspapers, he has been an editor at HipHopDX.com since 2008.