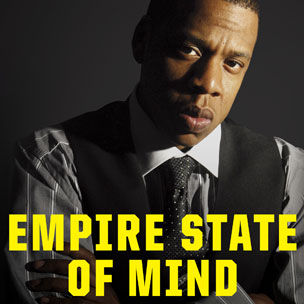 The staff of HipHopDX thought we knew a lot about Jay-Z, but in the interest of supporting Hip Hop literacy, we thought we would share 10 things about Jay-Z from Empire State of Mind.

1. Jay-Z maintains that his name comes from a childhood family nickname of “jazzy,” not the popular belief that it was taken to match mentor Jaz-O’s name, or the J and Z train lines that stop at the Marcy station in Brooklyn.

2. Sauce Money, often mistakenly considered a Roc-A-Fella Records artist, was a collaborator suggested by DJ Clark Kent to try and get demo recognition. Additionally, Sauce was managed by then-NBA star Dennis Scott. Jay and Sauce would appear together on Big Daddy Kane’s Daddy’s Home album, a time in Jay’s career that Empire State of Mind sheds new light on.

3. Jay-Z would have likely been murdered during a 1994 shooting – if the assailants gun did not jam. Both DeHaven and Jaz-O, Jay’s then-musical and street guides, recall the event. One of them alludes to ‘making that problem go away’ too.

4. During his Def Jam presidency, Jay-Z helped collaborators The Roots clear a Radiohead sample, just hours before the clearance had to be made. Jay accomplished this through his direct relationship with the British band.

5. Jay-Z never forgets. The book interviews producer A Kid Called Roots, who’s known for his work with artists ranging from Memphis Bleek to Sha Stimuli. AKCR provides an anecdote claiming that during a Japanese performance, Jay recognized the Roc-affiliated producer in the crowd, and invited him to the stage for his then-hit, “Do My…”

6. Champagne wishes. Although it’s never formally said, Empire State of Mind suggests a number of interesting things about Jay-Z’s switch from musically-endorsing Cristal to Ace of Spades. The chapter includes revelations that longtime friend, collaborator and mid-’00s Island Def Jam executive Jermaine Dupri had a business relationship with the same people responsible for Ace of Spades, although Jay-Z has always maintained that there are no business ties to Armand De Brignac, Ace of Spades’ producer.

7. Jay-Z invested in Carol’s Daughter, a cosmetics line. While we hear about various Jay backings, this one slipped under the Hip Hop radar.

8. Jason Kidd was the first person that suggested to Jay-Z that he explore New Jersey Nets ownership. Count it.

9. MC Serch of 3rd Bass fame was responsible for making “the Jay-Z Jeep” nearly happening. An artistic contemporary of Jay’s, Serch presented the idea to both sides, although it never happened – a deal and series of events that the book delves into.

10. Jay-Z is still earning from Roc-A-Wear. Although the brand changed ownership, the book estimates that Jay receives close to $5 million dollars yearly off of the brand that he, Dame Dash, and Kareem Biggs started over a decade ago.