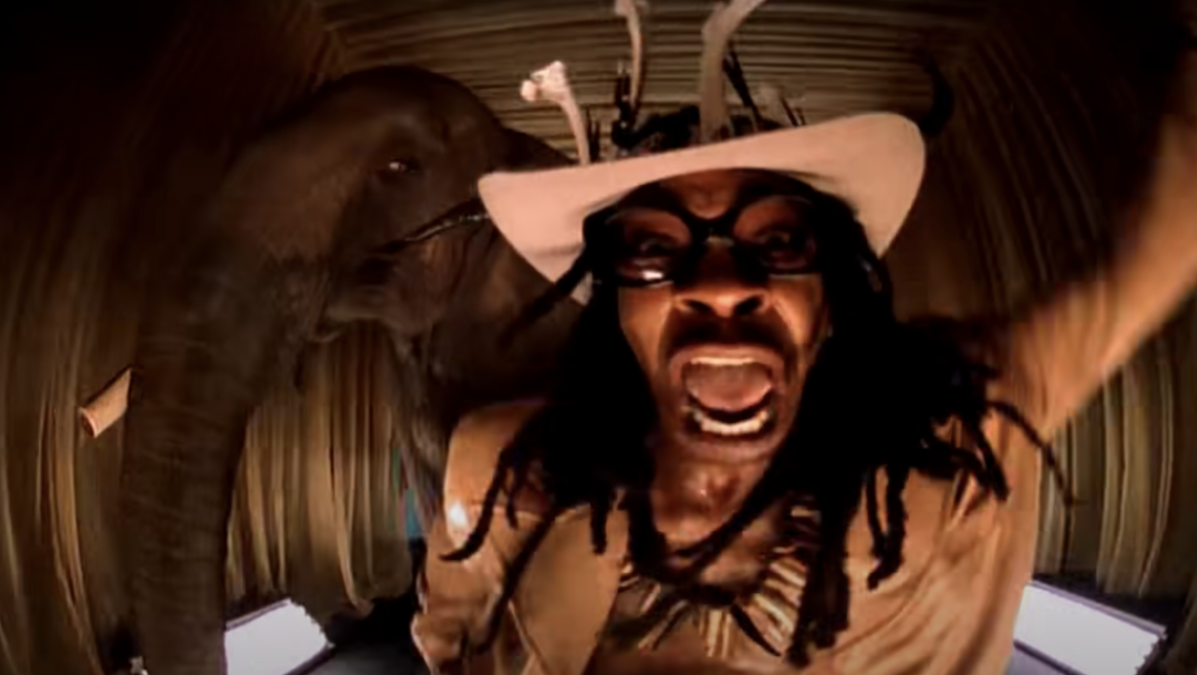 Busta Rhymes’ 'When Disaster Strikes...': 10 Things You May Not Have Known

This past September marked the 25th anniversary of Busta Rhymes’ classic sophomore effort When Disaster Strikes…—an album that shaped his career and solidified him as one of the more successful acts in Hip Hop.

However, to understand this album’s importance, you must put his place in the culture (going into 1997) in the proper context. Busta was a star, having already lived out a two-album run with Leaders Of The New School, broken out as a solo phenom courtesy of A Tribe Called Quest’s “Scenario,” dropped a platinum debut, The Coming, and delivered some now-iconic guest verses.

But, when it came time to get back in the studio, there was a lot of pressure on Busta not only to outdo his debut, but show the world some new tricks.

“It was my sophomore jinx album where everybody was like, ‘We don’t wanna hear another album if he doesn’t switch it up,’ Busta told Billboard back in 2017. “That album solidified my legacy.”

The 18-song masterpiece, which featured production from DJ Scratch, The Ummah, Rashad Smith, Easy Mo Bee, Agallah, Rockwilder, Diddy and more, debuted at #3 on Billboard’s Hot 200, and sold over a million copies in its first month.

In celebration of the album’s 25-year legacy, here are 10 Things You May Not Have Known About Busta Rhymes’ “When Disaster Strikes…”

Busta Himself Produced On The LP

On this LP, he co-produced the Intro, and went solo for “There’s Not a Problem My Squad Can’t Fix” and “Turn It Up,” as well as its remix, “Turn It Up (Remix)/Fire It Up” — officially released as the third single (Spliff Star earned a co-production credit on the track). With broad international success, it became the album’s most significant cut.

Europe’s Pressing Had An Alternate Song

Some European Busta Rhymes fans had a slightly different experience when they headed to their local retailers to pick up a copy of his album. On specific, widely purchased European CD pressings of the LP, the third song, “Survival Hungry” (produced by DJ Scratch), was replaced with “Turn It Up (Remix)/Fire It Up.”

This isn’t surprising, as the song, which featured a flip of the Stu Phillips’ composed theme for the 80s show Knight Rider, was a runaway hit.

For some, it was in the streaming era that they finally heard the album’s original third track.

While it’s cool to brag about knowing an artist or producer first, it’s more than likely that most listeners were utterly unaware of the greatness they were experiencing when they heard “So Hardcore.” It’s credited to The Ummah (a production unit that includes Q-Tip and Ali Shaheed Muhammad). Still, based on the writing credits given to James Yancey, better known as J. Dilla, it’s easy to attribute the beat to him directly.

It wasn’t the first time the late legend had worked with Busta, as the Detroit luminary appeared in the credits of The Coming and had a great relationship with him. However, it wasn’t widely celebrated, which is understandable. Dilla’s solo debut, Welcome 2 Detroit, was four years away, and Slum Village had yet to gain notoriety (despite their Fan-Tas-Tic Vol. 1 tape leaking in underground circles to much praise).

Album Dropped On His Father’s Birthday

As revealed in a 2017 retrospective, the album was released on his father’s birthday–though not purposely.

“It wasn’t the plan; it was just the right release date compared to what was dropping at the time,” he noted. “But you know, in hindsight, one of my greatest bodies of work dropped on my father’s birthday — that’s magical to me to celebrate that now.”

As he added, the annual anniversary of his sophomore was even more potent following his father’s death in 2014.

There Are Several Non-Album Cuts That Many Fans Missed

While most day-one Busta Rhymes fans revere the album, only hardcore fans may remember that two additional, non-album cuts just missed the final tracklisting (for whatever reason). They did, however, appear as B-side songs on the DigiPak of the album’s single “Dangerous,” as well as various white label promo vinyl in and around the period.

The first track was “I Won’t Tell,” produced by Armando Colon and Rashad Smith, which featured Greg Nice (and an especially dope flip of Nice & Smooth’s classic record “Funky For You”). While that gem never made it to the internet era, the second song, “Coming Off,” produced by DJ Scratch, quietly made its way to streaming in 2019, sending some fans (unaware of its age) into a frenzy.

It Was The Final Busta LP To Feature Lord Have Mercy

Without a doubt, aside from Busta himself, rapper Lord Have Mercy was Flipmode Squad’s most distinguishable voice; the rapper famously handled the intro to The Coming and reprised the schtick again for the 1997 sophomore’s opening–as well as appeared on the songs “We Could Take It Outside” and “Get Off My Block.” However, he did not appear on the follow-up, Extinction Level Event: The Final World Front.

Despite appearing on Flipmode Squad’s only group effort, 1998’s The Imperial, he left the fold in early 2000 to focus on a solo career, citing his belief that Busta was keeping him down.

His debut studio album, Thee Ungodly Hour, was ultimately shelved, though a few singles (notably “Home Sweet Home” and “Say What Say What”) did drop.

Busta had no shortage of critical acclaim in 1997; his sophomore LP racked up Grammy nods for Best Rap Solo Performance in both 1998 and 1999 for “Put Your Hands Where My Eyes Could See” and “Dangerous,” respectively. Unfortunately, Will Smith was having one hell of a run with his album Big Willie Style, which edged out Busta both years, with “Men in Black” from the wildly successful film in 1998 and “Gettin’ Jiggy wit It” in 1999.

1998 also saw Busta earn numerous MTV Video Award nominations for “Put Your Hands Where My Eyes Could See,” for Best Male Video, Best Rap Video, Breakthrough Video and Best Choreography. However, he lost out on all four–two of them, again, to Will Smith.

It Was His First Time Working With Rockwilder

Rockwilder had been on an upward ascent after connecting with Redman in 1994. He had already racked up a healthy number of features before connecting with Busta, contributing the Steve Wonder sampled “One.” The track also featured singer Erykah Badu, whose debut, Baduizm, had dropped earlier that same year.

According to several accounts, it was meant to be released as an official single/video. However, Badu’s label Kedar/Universal allegedly wouldn’t clear it at the time (though it later got an underwhelming 12″ release). It feels like a missed opportunity, considering how nitro-hot Badu was after the release of “Tyrone” off her Live LP just two months later.

While it didn’t become a staple single, Rockwilder would go on to contribute to multiple Busta projects, including ELE, Anarchy and most recently ELE 2.

It wasn’t until 2003 when singer Anthony Hamilton made a splash with his platinum-selling sophomore Comin’ from Where I’m From, but 1997 proved to be a milestone for the signed but relatively unknown singer, whose debut LP XTC undersold and subsequently went out of print. He joined The Chosen Generation and Rampage on “Things We Be Doin’ for Money, Pt. 2,” a cinematic storytelling record that sees the Flipmode Squad going super contra on their opps.

The two wouldn’t collaborate again until 15 years later on 2012’s Year of the Dragon (on the track “Bleed the Same Blood,” which also featured Maino).

It Remains One Of His Highest Selling LPs

Though 2006’s The Big Bang remains his only album to top Billboard’s coveted Hot 200 Chart, When Disaster Strikes… remains his most commercially viable, earning him platinum and gold certifications, respectively, in the US and UK.

However, this success was neck and neck with the album’s follow-up, which dropped the following year. Though there aren’t any readily available figures past 2014, the difference at that point was close enough to demand a recount.