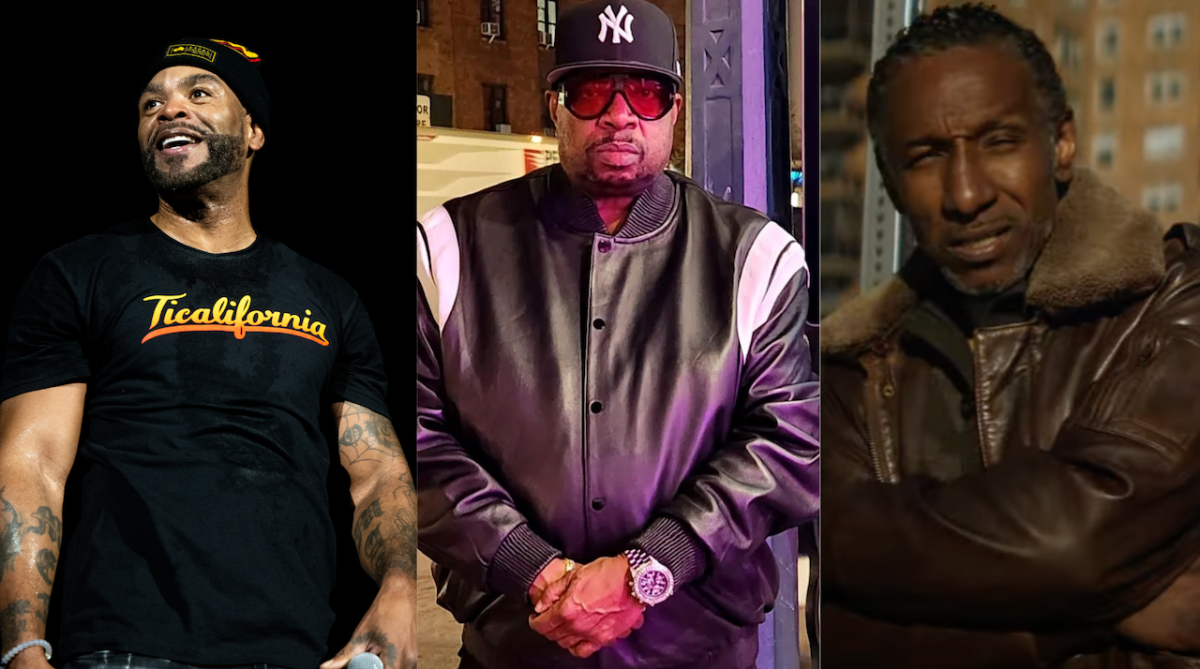 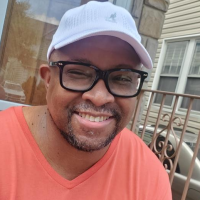 Old School Hip Hop fans need help. Over the years I’ve had countless conversations where a favorite artist is exalted for work they did decades ago, with little recognition that said artist is still putting out heat. “Did you hear the new Gang Starr album?” was a query I made in 2019 when One Of The Best Yet dropped. I was met with a blank stare with a promise to check it out.

Granted, the algorithm doesn’t always make it easy. Even if you follow your fave from the ’80s or ’90s on social media, you’re more likely to see their meme posts about Covid vaccines than their new music announcement. Sure, there are exceptions like Nas and Black Thought who manage to pierce the zeitgeist, but despite even our own best efforts at DX to keep folks up to date, things slip through the cracks.

To combat this, I started curating my own “Ninety Now” playlists (inspired by Smif-N-Wessun’s catch phrase to stamp their work as timeless) to keep track of what the vets were doing in the present day. With 2022 coming to a close, there were some projects even I missed, but here are some that stood out to me. Go stream, buy, support any way you can.

And yes, I know some of these artists got their start in the 80s, but our SEO guys said more of you search for 90s Hip Hop than 80s, so here we are.

Heralded as one of the best producers on the mic, Diamond D celebrated the 30th Anniversary of his debut, Stunts, Blunts & Hip Hop, by releasing his 10th studio album, The Rear View. The Bronx native is joined by Westside Gunn, Posdnous of De La Soul and upstart Ashtin Martin to serve up a sonic dissertation on what it takes to thrive in the business of rap for three decades.

The DITC vet is still ambidextrous as ever, weaving his calm but stern flow over his own shell toe’d moderato. The title track features ethereal strings underpinned by a thick and bouncy bassline that hugs like a weighted blanket as Huge Hefner scribbles on his virtual chalkboard: “Yeah, and vanity is the worst, compounded by the profanity in my verse/Both brought about the insanity of my purse/ respect mine or face calamity in a hearse.” Take notes.

Both an indictment of and rationale for this list, this project came to light after the untimely passing of Tame One earlier this year. The long awaited follow-up to 1997’s That’s Them is produced entirely by their longtime collaborator Buckwild and is a more than worthy bookend to their impressive–if not short–discography.

True to the title, El Da Sensei and Tame are every bit as in sync with each other as their 1994 debut. The Jersey duo still rap with the intensity of rookies at an open mic, packing couplets inside Buckwild’s dark and imposing percussion until the snares burst. This energy is maintained throughout the 10 tracks creating a refreshingly taught but fulfilling experience. Ras Kass and A-F-R-O scale the fence at the rail yard to join this bomb session, but Tame and El could have easily held this down themselves. If this does become the last offering from the duo (who knows what Buck has in the tuck from Tame), they left their fans on the highest note possible.

One half of Camp Lo pulled off a hat trick dropping off three projects in 2022. He opened the year with the SapPhire Kitchen, and closed it with 19 Notes, both packed with his cashmere quotes and bright, velvet rope instrumentals that make you feel like you’re slipping in your hard bottoms while being chased by the paparazzi through the city.

The middle project, Oral Sex Afros, is a mixtape with the quixotic spitter floating over familiar instrumentals like KRS-One’s “A Friend” and Snoop’s “Crip Your Enthusiasm” with his trademark slanguage on full display. With 10 tracks clocking in at an efficient 15 minutes, it’s a snatch and grab that will leave you wanting more.

Clifford Smith doesn’t need to rap. The raptor has been working out his SAG card as much as his biceps, leaving a trail of adoring fans clinging to his every Instagram post and on-screen appearance. But make no mistake, the Wu-Tang swordsman may be a better MC in ‘22 than he was when he first drew blood with his brothers in ‘93.

For the third installment of his Meth Lab series, Johnny Blaze replicates the energy from recent stand-out guest appearances (see Conway’s “Lemon” for evidence) and brings it to his own gate. On “Act Up” he unfurls his career evolution with stoic verve:  “Went from entertainment to enterprise, Kill a rhyme, kill a generation like genocide/I’ve been a five, explicit sticker; you’ve been advised That red dot market, the target has been identified/We been outside, game already been gentrified/ Simplify, ready for war like I’ve been Semper Fi…”

On Science of Life, the founding member of Brand Nubian teams up with Dough Networkz to reflect on a post Covid lockdown world. The onetime Wild Cowboy funnels his experience as a hospital frontline worker and wine connoisseur into reflective lessons that stop short of being preachy.  Khrysis, Kevin Kaous and GIVEEMSOUL give Sadat soulful and engaging sound beds to work with, while being joined by the likes of Planet Asia, Roc Marciano and Dot Demo to trade verses.

On the smokey “Player Shit” he takes a bat to a sample of Eddie Kendricks “Intimate Friends” to issue warnings to debtors, tenants and anyone else on his knock list. “Don’t let this music shit get you fucked up, I’ve seen niggas fertilize earth fast. Keep believing that gas. I’mma eat some baked chicken at your funeral repast..” But the god is here to build as well as destroy, giving praise to his seeds on “Babies.” Let’s hear it for the fathers that bothered, indeed.

I wish the title of Kool G Rap’s latest wasn’t so accurate. With so many of his rap peers barely getting to stamp their AARP memberships, it can’t go ignored when someone of his pedigree is still recording at a high level. LOADB marks the Juice Crew legend’s 13th project since his 1989 debut, Road To The Riches.

Armed with production from frequent collaborator Domingo Padilla, G Rap gives his listeners that bulletproof tinted sedan music that has kept him atop “Best MCs” lists for most of his career. Whether for self (“Official”) or with a crew, (“Born Hustler”) The Don Giancana still paints those black velvet portraits with poetic pen strokes. The final flourish of “Born N Raised” revisiting the squealing guitars and pummeling drums of his classic “Poison” is reason enough to check in.

Hip Hop wouldn’t be what it is today without the contributions of DJ Premier, so few are better suited to celebrate the artform’s 50th birthday than Christopher Martin.

In the first installment of his HipHop 50 series he curates an all-star lineup of some of the best to touch a mic to put on a crowd-pleasing exhibition over his signature production. Joey Badass, Rapsody and Remy Ma are joined by Nas, Slick Rick, Lil Wayne and Run The Jewels with each MC bringing their A game. Between “Beat Breaks” and Nas’s tease on KD3, this is the perfect set up to that long awaited project with Preemo.

Bun B and Statik Selektah, Trillstatik 2

It only took Bun B and Statik Selektah 11 hours and 37 minutes to knock out their first ambitious project, TrillStatik in 2019. The UGK legend and veteran producer from Boston had everyone from Method Man, Grafh and Termanology to Big KRIT and West Side Gunn come through to record on a live stream studio session that became a full-length album. For the next installment they kept to this same script, inviting more of their MC peers to light up an ad-hoc studio built in the corporate offices of Sweet Chick Life in NYC.

Bun sounds right at home over Statik’s horny loops and thick drums, floating over the intro “Right Back At It” setting the tone with authority: “We fittin to do it in real time, so everyone can know that we still grind, breakfast to midnight meal time…as long as a blunt is twisted to smoke, then bitch you know I’m goin for broke.” While the Trillburger Boss could’ve smoked this dime pack of beats easily by himself, his guest stars– Paul Wall, Styles P, Dave East, Smoke DZA and more–add a variety of vocal textures and styles to create a full aural experience.

Dres of Black Sheep has evolved from the brash and uncompromising MC of his youth who rapped sardonically about meeting ugly women in the club, to a reflective and concerned father eager to share life’s lessons on projects like From The Black Pool of Genius. However, on this EP with producer Stu Bangas, he finds a mid-ground where the dark and brooding beats give him room to revisit his more narcissistic thoughts without fully giving in to the dark side.

Possessing one of the smoothest voices and deliveries in the game, Dres can still spit with the best of them and when he gets a glossy and bass laden track to glide on, like the dreamy “Hate,” Dres finds a way to sneak a message into the mix. But on the nightmarish “Killin It” Dres bares his fangs just a bit to remind you he’s a kid from Queens at the end of the day. “Of the wonders of the world I’m the one to see/ in life don’t ever be so dumb to come for me.” Sheep stew can nourish you or choke you, the choice is yours.