We’ve reached the middle of 2014, and with it is a selection of good music to choose from. Some came from top charting artists, others from wordsmiths on the rise. With Halftime upon us, the HipHopDX staff chooses some songs and/or videos that piqued our interest since the year began. Check them out.

Whether you’re a fan or not, you can’t deny the infectious tracks that have surfaced from a certain rapper North of the border. As Drake said in one of his latest tracks, “I should prolly sign to Hit-Boy cause I got all the hits, boy.” Look at Drake displaying that play on words. Drake has been producing hits since 2009 and in June, he dropped a ridiculous Boi-1da, 40 and Nineteen85-produced track titled “0 to 100.” The single was originally released as a 2-for-1 with a second song titled “The Catch Up” blended into the first. To be honest, who even remembers how “The Catch Up” sounds like? After hearing “0 to 100,” you either go back to the beginning or just get a version of the single without the second song attached. The best of every Drake is also mentioned in this track. The flashy Drake: “Fuck all that rap-to-pay-your-bill shit/ I’m on some Raptors-pay-my-bills shit.” The confident Drake: “If I ain’t the greatest then I’m headed for it.” The I-care-about-her-feelings Drake: “All up in my phone, lookin’ at pictures from the other night/ She gon’ be upset if she keep scrollin’ to the left, dawg.” The introspective Drake: “I’ve been ready since my dad used to tell me he was comin’ to the house to get me/ He ain’t show up/ Valuable lesson, man I had to grow up/ That’s why I never ask for help.” Plus, all of your favorite rappers (including the newly reunited G-Unit) have remixed “0 to 100.” Bet they love it too. — Janice Llamoca

Dilated’s back again. Evidence’s Rap skills have been solidified through his work as an emcee in Dilated Peoples and as a solo artist with critically acclaimed albums on all fronts. He brings his directing skills to the table with “Good As Gone,” the music video for Dilated Peoples’ DJ Premier-produced single off the group’s upcoming album, which is interestingly enough titled Directors of Photography. The feel of the video matches the vibe of the track, a call back to earlier times with a vintage touch, while keeping it as sharp as ever. Ev co-directed the video with Andrew Melby and co-produced it with Tristan Eaton. The “Good As Gone” video only enhances the experience as Ev, Rakaa and Babu flex their respective skills over the DJ Premier production. — Andres Tardio

Ever since that serendipitous day Girl Talk and Freeway decided to join forces, it’s been game on. Girl Talk’s genre bending mashability hugging Freeway’s gruff vocals is a blessed combo, evidenced by the Broken Ankles EP. However, once A$AP Ferg jumped on the “Suicide Remix,” things felt different (in a good way). While Philly Freezer’s bars always sound terrorizing, Ferg breaks up the cut with his multi-dimensional cadence, cutting through some of the track’s tension. It’s like those rare moments of clarity in Flavor Flav’s heyday when he’d jump in the middle of a PE song to balance out Chuck D. Ferg’s metaphors are even on point, with lines like “Gangster / like the Yakuza eatin’ a tuna roll” among others. It’s an understatement to say Ferg stole the show, but that’s not to say the other parts of the track didn’t deliver. That’s the point of a remix though isn’t it? To enhance an already created piece of music and make it that much better. Of all the tracks that have fallen from the sky in 2014, this one stands out as a collaboration between a veteran and a star on the rise, where the results have been monumental. — Kathy Iandoli

When Live From The Underground was released in 2012, there was a part of me that felt Big K.R.I.T. made a compromise. As a grown man who works for someone else, I understand the value of compromise when working within the constraints of Corporate America. We all compromise to a certain degree each morning when we punch that clock, pack up the briefcase, make that commute or do whatever it takes to maintain when the first of the month rolls around. But as a fan since K.R.I.T. Wuz Here, I was a bit salty after paying 15 bucks for a project devoid of gems like “Children Of The World.” It sounded like K.R.I.T. didn’t know how to balance what he wanted with what Def Jam or we wanted.

Maybe that was or still is true. Either way, K.R.I.T. doesn’t sound like it has any bearing on his art with “Mt. Olympus.” It sounds like he’s seething through the microphone—taking Rap fans to task for their enthusiasm to lap up tabloid fare like one of Pavlov’s dogs. From the opening salvo of comparing the “Control” instrumental to a corner variety trollop to his humblebrag that he indeed wrote the hook as well as produced and mixed the track, “Mt. Olympus” takes Rap’s current oversimplified, back-of-the-school bus shenanigans mentality and holds up a mirror to expose the disgraceful pettiness. Nevermind Hip Hop, some of the shit happening just isn’t good for our collective or individual souls. Here’s hoping more people got embarrassed enough to take some personal inventory after they saw what was reflected in the four minutes of “Mt. Olympus.” — Omar Burgess

When Atmosphere released its Southsiders album this year, one track particularly struck me. The album remains in rotation and despite my great appreciation for God Loves Ugly, which has long held the title, this album may even be the group’s best body of work yet, in my opinion. But, “Flicker” stands out because of its connection to Eyedea. The track takes me back to high school concerts when Eyedea would open for Atmos, a time when “a lot of people thought” Slug and Eyedea were “actually brothers.” It’s an honest, heart breaking and heart warming depiction of what it’s like to lose a loved one. Slug’s depiction of the pain, guilt and love that comes with this type of tragedy. Ant’s beat matches this perfectly. The song serves as one of the most poignant moments on one of the best albums of 2014. — Andres Tardio

Jay Electronica – “Better In Tune With The Infinite”

There’s only a few people in the Rap game who believe, truly, in their own talent and potential enough to make usually trite stuff appear fragile and translucent. These conjurers then transfer their glasses to us, so that we may believe, and sometimes that ignition hums to life and the music captures us. Other times things go awry, and you realize that particular emperor has no clothes. Whomever Jay Electronica happens to be is still up for debate, but he blends his talents so perfectly at times that you forgive him for not putting out an album, for not letting us decide who he is, for not giving us the opportunity to calculate with any certainty a ceiling for the man. Produced by Ryuichi Sakomoto, whose name is not only foreign but well credentialed considering the man wrote the music for the opening ceremony of the 1992 Barcelona Olympics, the song itself is ethereal and expansive and features an extensive sample from both the Honorable Elijah Muhammed and the Wizard of Oz (we’ll let you draw your own parallels there).

Of course, there’s Electronica’s potent mix of voice and lyric, hovering over the beat as if he were making a speech to a packed hall on one of Jupiter’s moons. Its packed with obscure apocrypha like “the name on that birth certificate, it ain’t the real me,” just before he wades into why no weapon formed against him shall prosper with lines like “My feet might fail me/ My heart might ail me/ The synagogues of Satan might accuse and jail me…/They might defeat the flesh but they could never ever kill me/ They might could feel the music but could never ever kill me.” He ends it with “staring out the windows is for love songs and house flies.” Yeah, I’ll wait for him, and I have the sneaking suspicion other people feel the same way. — Andre Grant

People have been doubting Common since the turn of the century, when he switched his garb — and much of his sound — from boom bap to artsy. But along the way, the Chicago wordsmith has delivered haymakers, including his stellar 2005 album, Be. Anyone doubting Common’s microphone prowess should cue up his “Made In Black America” collaboration with Ab-Soul. Released in February, the cut features the Windy City lyricist flowing with a ferocious nimbleness as he bobs and weaves between dropping braggadocio, political commentary and pimp-handed rhymes over producer No I.D.’s wall of soulful, brassy sound. As Common says, he’s “more than a hot song or a hot album.” After flowing fantastically, Common passes the mic to Ab-Soul, who matches (if not exceeds) his predecessor’s potency. The Carson, California rapper says he’s “restoring the balance, detouring the malice.” Enjoy the ride. — Soren Baker

If there’s one thing we’ve learned from 2014 thus far, it’s that Nicki Minaj doesn’t play when it comes to staging a comeback. Her foray into the Pop world was punctuated with tons of commentary from Hip Hop (both the underground and the mainstream alike), suggesting she “sold out” in the name of success and started lacking in the lyrical department. She arrived as a cameo a handful of tracks so far this year, while forging her return to lyrics-driven music in anticipation of The Pink Print. We got “Lookin Ass,” and there was some backlash for the song’s content paired with the historical Malcolm X photo as the track’s cover art. One thing that couldn’t be argued though was Nicki’s lyrics were back to sharp. She followed up with this little gem “Chi-Raq,” even addressing the “Lookin Ass” situation, as she tosses around a series of bars that suggest opulence, badassness, and of course “I-Don’t-Give-A-Fuck-Ness.” It would be wrong to call it a consistent signature Nicki sound, since she did diverge for a bit. But this is the return to Nicki in a stairwell, rapping like it’s her last shot left before Lil Wayne would discover her. How someone who has everything can return to rapping like she has nothing is beyond me. It’s a gift, really. And say what you will about Nicki, but when she’s in it to win it, losing isn’t an option. —Kathy Iandoli

For more of HipHopDX’s Halftime footage, check out: 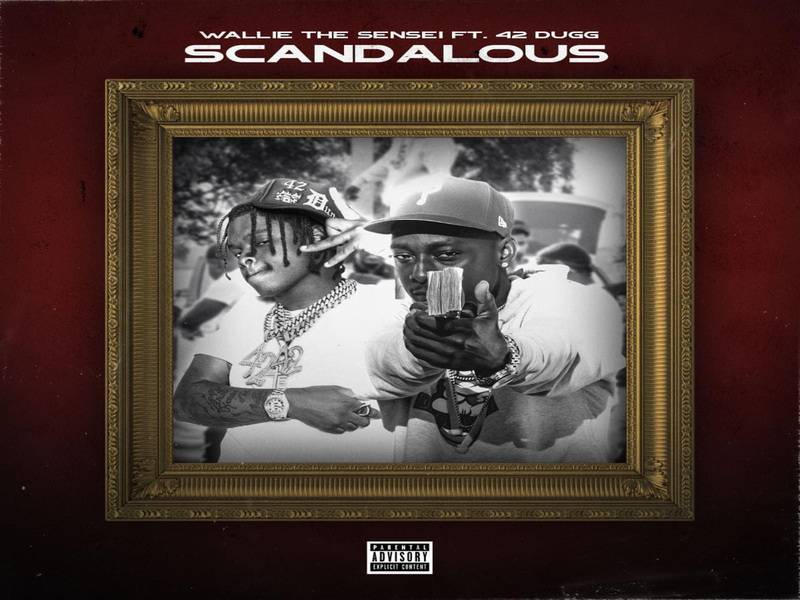 42 Dugg & Wallie The Sensei Warn Against Catching Feelings In 'Scandalous' 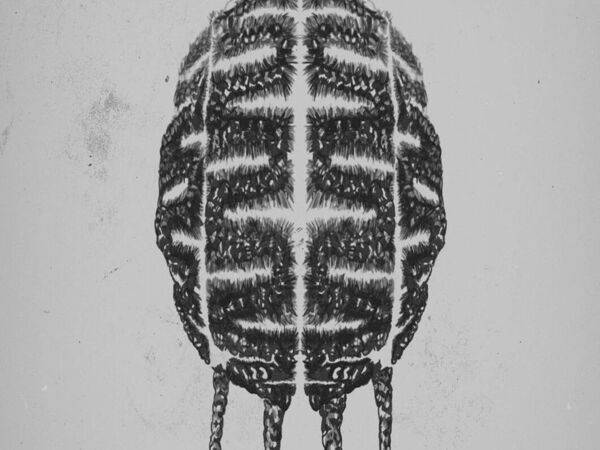 Game & Lil Wayne Ball Like 'A.I. With The Braids' 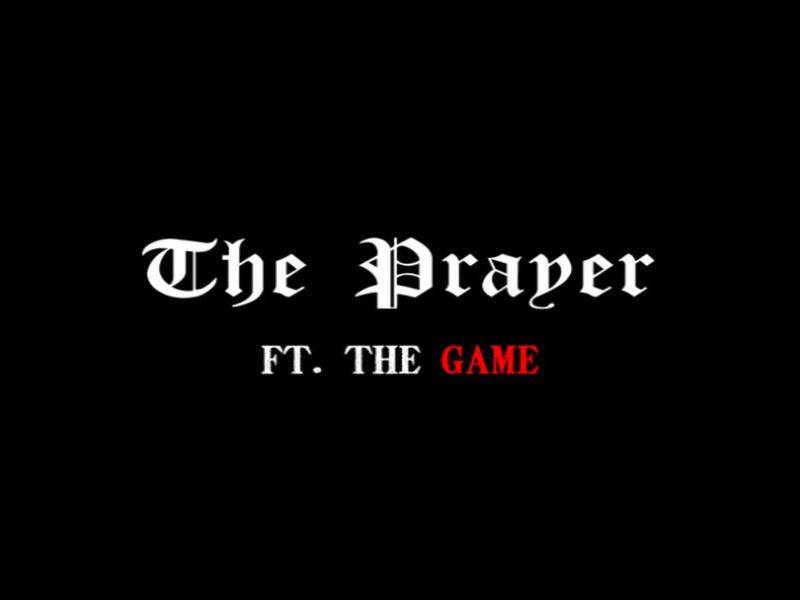