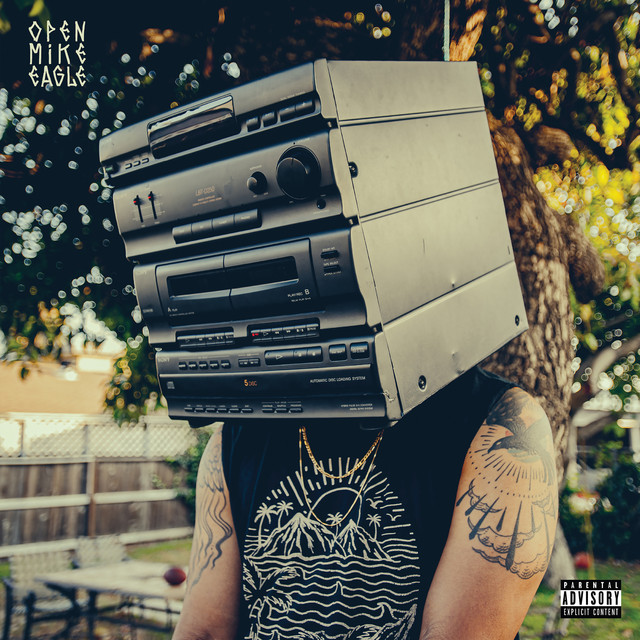 Since his 2010 debut, Unapologetic Art Raps, Open Mike Eagle has been churning out projects brimming with side-eyed introspection, slice of life contemplation and social commentary, like clockwork. It’s all high quality, intricately conceived and patently mesmerizing rap music. His new project, Component System with the Auto Reverse, is a testament to how far Open Mike has gotten into his groove, featuring a feast of insights into artistry, blackness, nerd culture and the state of the post-pandemic world.

At 41 years old and 12 years of formal experience, Open Mike Eagle knows his craft. The structure of Component System mirrors that of a live show, and to that end, it’s flawless. The orchestra plays him in on “The Song with the Secret Name,” and he allows the audience to take a seat and get comfortable on the 45 second “Tdk Scribbled Intro.” Then, the album begins in earnest with a six track sprint featuring some of the most sure-footed rapping of OME’s career, which culminates in the tearful ode to the metal masked master, “For DOOM.”

From there, the project takes an extended cooldown, the next five tracks meander through the more heady regions of loss of life (“Kites”) and time (“Peak Lockdown Raps”). To close, the punchy and winking “CD Only Bonus Track” revives the audience and sends them happily to the lobby. He introduces the show, plays six tracks for us, five tracks for him, and finishes with a smelling salt to wake us back up. It’s concise, measured, and perfectly paced.

However, a well constructed museum is worthless without breathtaking exhibits. Fortunately, there is no shortage of highlights in the top half of the album. He pays homage to his Chicago roots on “79th and Stony Island” atop a beat that pits a haunting vocal sample against warm keys and drums to create tangible nostalgia. “I’ll Fight You” finds OME answering the question of “Can he slide for three minutes straight without breaking a sweat?” in the unequivocal affirmative.

And the emotional center of the album, “For DOOM,” is such a sincere tribute that any fan of the villain owes it at least ten listens. Accompanied by the best beat on the project, this track displays the lasting grief that his loss instilled in his fans, and the dutiful sense of humor DOOM would have wanted in such a tribute (“The news, it knocked it out me like Ronda Rousey / Fool, you’re ’bout to sell more masks than Dr. Fauci”).

The second half of the project is simply worse than the first; the highs are not nearly as high. “Multi-Game Arcade Cabinet” is a laid-back, retro posse cut that gleefully doesn’t go anywhere. Video Dave and STILL RIFT deliver lucid and heartfelt features on “Kites” in cadences that blur the line between rap and spoken word. The wholesome recorder sample morphs what could have been an unwieldy closer into a believable journey’s end.

“Crenshaw and Homeland” is bloated, slow and uninteresting, and is perhaps the only true miss on the project. “Peak Lockdown Raps” is thoughtful, but feels so confined and endless so as to make it grueling. It effectively communicates the Sisyphean nightmare of the pandemic, but it’s hard to imagine anyone needs a reminder of that.

As the album comes to a close, one thing is unmistakable: Open Mike Eagle has embraced his role. A subsect of the rap game who acknowledges his unassumingly immense talent, but plays his own game, and as he himself puts it on “I Retired Then I Changed My Mind,” “never going wide is a side effect”. Component System with the Auto Reverse is no landmark of rap music, but it is rock solid, and contains enough pearls of wisdom and displays of swagger to justify Open Mike Eagle’s endless tenure.

Another perfect record from OME. Perfect beat selection. A rap record made by a rap fan for fans of rap. Full of twists and turns that spark the imagination. A joy. @Mike_Eagle pic.twitter.com/m68aB1SBme