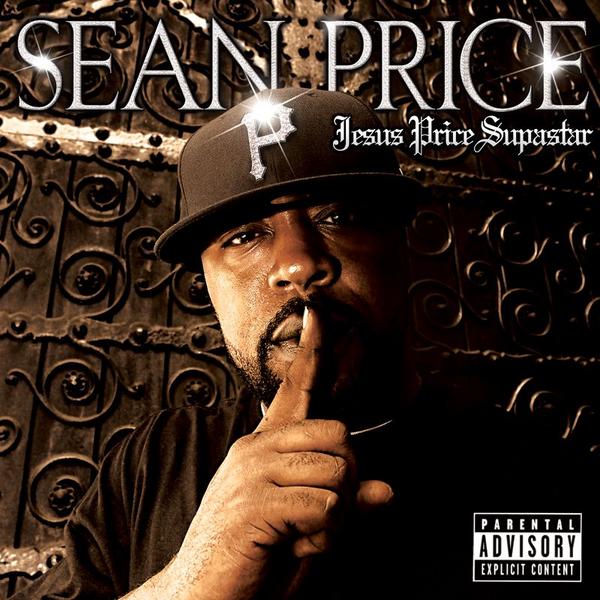 There are very few emcees around who are impossible not to like. Sean Price is one of those emcees. The
longtime Boot Camp Clik member and
one half of Heltah Skeltah made his
solo debut in 2005 with Monkey Barz.
Anyone who heard the album who wasn’t already a fan quickly became one. With
lines like “I got a dime bitch that lives
in Japan/black belt, sucks dick, chops bricks with her hand” and top notch
production from 9th Wonder, Khrysis and Ayatollah, Sean P
delivered one of the year’s most memorable albums.

The artist formerly known as Ruck
returns on 2007 as our savior, Jesus
Price Supastar. With the Justus
League‘s 9th Wonder and Khrysis handling the bulk of the albums
production again it takes on a familiar feel of P slapping around bitch ass rappers over soulful backdrops. It
works best on joints like the 9th Wonder-produced,
Skyzoo-assisted “You Already Know,”
or Tommy Tee‘s throbbing “Church,”
featuring the Loudmouf Choir. Khrysis also lends a couple gems; “King
Kong” is some epic shit that P just
stomps all over, and “One” is a dope little number reminiscent of Ghost‘s track from Supreme Clientele of the same name. The album’s two crown jewels
are easily “Like You” and “Cardiac.” The former is a 10 For The Triad-produced gem that features some vintage lines from
Mr. Price: “sometimes I feel like I’m the best in my field/but I’m not and I’m
broke so I go invest in some krills.”

Unfortunately not everything clicks so well for the Boot Camp veteran. As he has so much fire and charisma when he
spits, production that is dull does nothing to compliment his style, and there
are a few instances here that fit that bill. Surprisingly, a couple of those
beats come from the usually mighty 9th
Wonder. On the cleverly titled “P-Body,” 9th‘s formulaic, bland beat hurts what should be a classic Heltah Skeltah cut. The same can be
said for “Stop” and the very disappointing collabo with Little Brother wunderkind Phonte
“Let It Be Known.” It isn’t a bad song by any means, but I was hoping for more
from a lineup with those names. Fortunately, 9th makes up for his missteps with “Violent,” much more of what we
expect from him. Sean does his part
too, kicking his typically hilarious bars: “got
a verse nigga? Where’s the beef?/burger rappers screaming where’s the beef?/you
soft, get lost, before you scream where’s your teeth?”

Much like Monkey Barz, the good
far outweighs the bad and Sean P
delivers another great album that is somehow as gutter as it is soulful.
January is always a dreadfully slow month for releases and this does more than
fill the void, thank the lord and savior Jesus
Price.