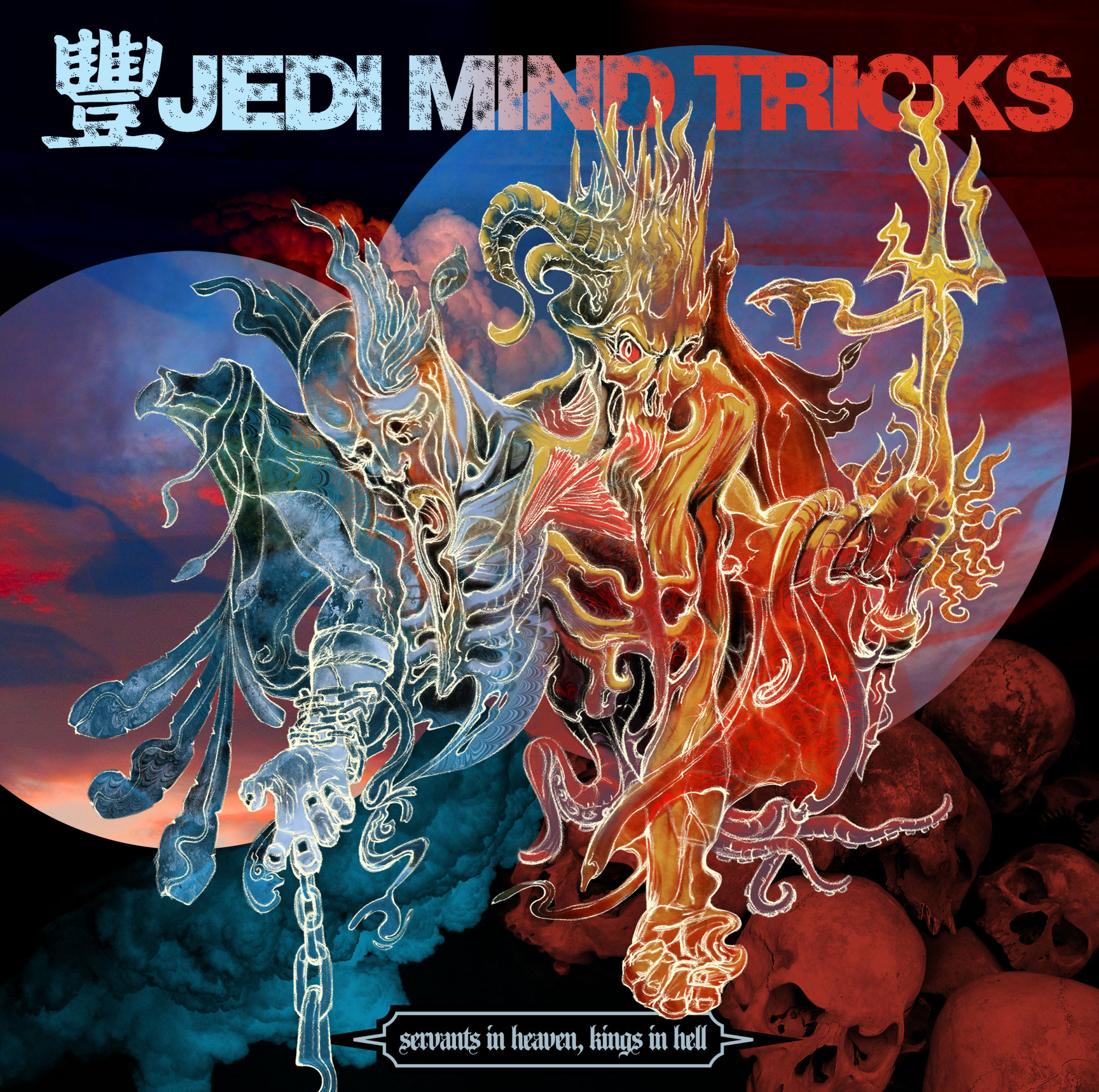 For nearly ten
years and spanning five albums, Jedi
Mind Tricks have balanced a line between righteous and unholy, resulting in
their status as one of the most loved and hated groups in the independent Hip
Hop world. With the exception of the decidedly wordier Psycho-Social Chemical and Electromagnetic
Manipulation of Human Consciousness duo Vinnie Paz and Stoupe the Enemy of Mankind have stuck to
their violently anti-Christian guns while churning out some of the most
consistently raw Hip Hop ever created.

With Servants In Heaven, Kings In Hell
you’ll get the same braggadocios, gutter rhymes over the same gorgeous beats
you always do, with the added plus of a more thoughtful, mature Vinnie. The Verbal Hologram already proved his real depth on “Before The
Great Collapse,” which serves as a lead-in to “Razorblade Salvation,” one of
this album’s more brilliant moments. Paz
also allows more than a passing glimpse of his political acumen with “Shadow
Business,” a haunting track about modern day slavery in both sweatshops and
prisons. Using lyrics like “The slave
master only let them speak in sign language, plus they suffering from lung
disease and eye damage, fourteen hour shifts, seven days a week, two shitty
meals a day, very little sleep,” Vinnie
paints a vivid picture of the decrepit conditions in this too often overlooked
world.

For those
who are still craving warfare on wax as usual there is plenty to go around. The
self-proclaimed “Mark David Chapman with a Salinger book” brings his A-game on
fierce battle joints like “Serenity In Murder,” “Suicide” and, most notably,
the lively “Outlive the War” – another team-up with previous collaborator Sean Price, featuring Block McCloud on the hook. One of the
most stunning of all the tracks on the album is “Uncommon Valor (A Vietnam
Story),” which finds Vinnie head
first in Vietnam, lamenting many of the same troubles of modern day happenings
in the Middle East; deceptive government rationale, civilian casualties, and
keeping your own life. This may be overshadowed by the fact that R.A. the Rugged Man delivers possibly
my favorite verse of the year, a nearly two-minute epic tale of war and it’s
after-effects on the men involved over Stoupe’s
wailing vocal samples and perfect drums.

Although
some people have complained about too many solo joints by Vinnie wearing thin (Legacy
of Blood) or conversely, too many guest appearance (Visions Of Ghandi), JMT finally
find a happy medium. The lone fault in that department is, surprisingly, a
lackluster Ill Bill verse on the
blistering lead single “Heavy Metal Kings.” Besides his usual plethora of ill
soundscapes, Stoupe gets some solo
shine on four vocal snippet-laden interludes which serve as a great way to
break from Paz’ intense verbiage.
Upon listening to “Black Winter’s Day,” one gets the impression that this is
the only song you could possibly end this album with. This gem features
extremely introspective, almost vulnerable writing and is like nothing you’ve
ever heard from Jedi Mind Tricks
before. The bottom line is with Servants
In Heaven, Kings In Hell, Jedi Mind
Tricks manages to strike a balance between street mentality, social
awareness, and topical emceeing and set it to some of the dopest production in
all of Hip Hop right now, making this easily their best offering since Violent By Design.