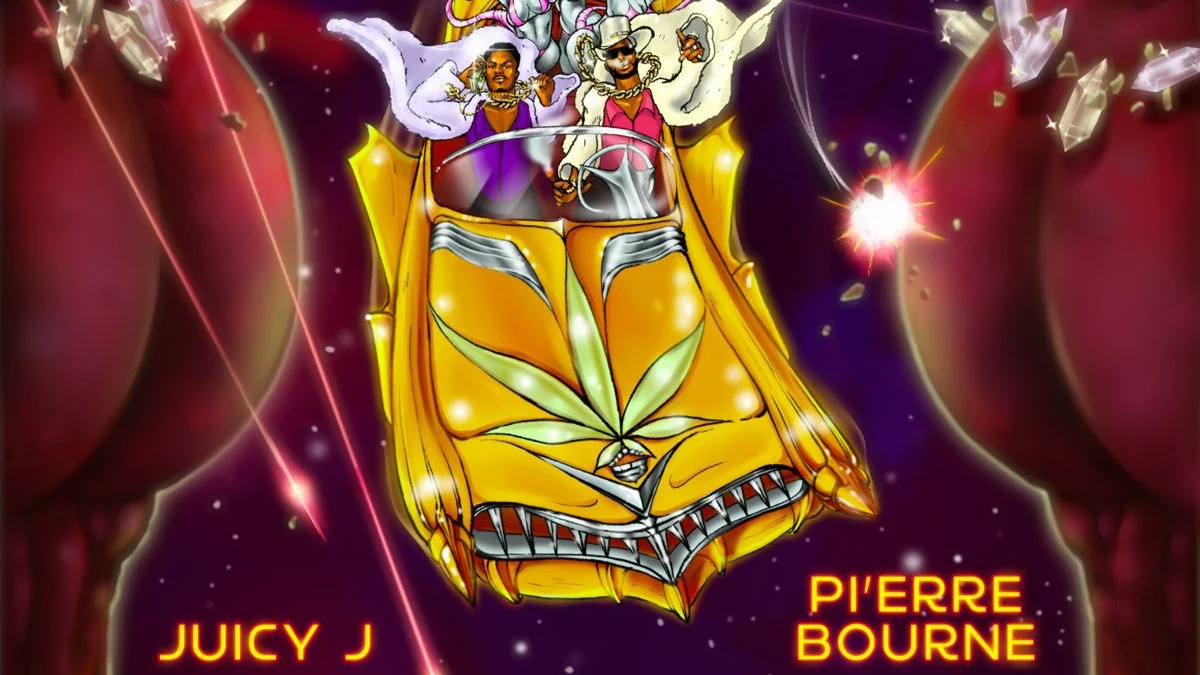 In theory, Juicy J and Pi’erre Bourne should be a perfect match. They’re two of very few successful rapper/producer hybrids, a rare breed of artist within Hip Hop. Although their styles drastically differ, it’s not hard to imagine a scenario where they’d flourish in collaboration. But Space Age Pimpin’ proves that some partnerships just aren’t the right fit.

Though their careers are separated by more than a decade, both Juicy and Bourne have followed a somewhat similar trajectory. The Three 6 Mafia co-founder began his career primarily known for rapping, as opposed to Bourne, who initially gained recognition for soundtracking runs from Playboi Carti, Young Nudy and Young Thug. But it was Juicy’s production which has left the biggest impact.

A style fueled by horrorcore and crunk music, the “Bandz A Make Her Dance” artist’s production has been repurposed by beatmakers ranging from Kenny Beats, the A$AP Ferg-affiliated Snugsworth and even Chief Keef. Meanwhile Bourne, one of the most copied producers in recent years, has grown into a formidable MC in his own right (look no further than last year’s excellent The Life Of Pi’erre 5). But to call Space Age Pimpin’ a proper collaboration would be a stretch. True partnership requires compromise in style. The duo’s latest is closer to a Juicy J album with occasional features from Bourne than a fully-fledged joint effort.

The production largely hinges on Juicy J’s emphatic sound. Album opener “You Want It” leads with his crystal-clear drums and overdriven vocals. Bourne’s presence is minor and tepid; his subtle and understated delivery is swallowed by the overpowering beat. Juicy’s older brother, the iconic Memphis spitter Project Pat, holds his own but it’s not enough to elevate the track. Across the entirety of the project, Bourne seems to be hiding in the background, rarely adding more than a hook; his glittering and decadent production is nearly unnoticeable. 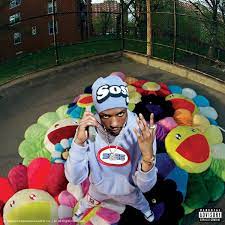 But sometimes it works. Juicy’s villainous MPC hits mesh well with Bourne’s candy coated synth work. “Smoking Out” feels more overtly Pi’erre-influenced, a track which finds Juicy’s slurred raps about toting his women like a rare watch meandering through the hum of choppy drums and an anxious flute. “Uhh Huh” thrives with Juicy’s clever quips, “Turn a church girl into a nympho/All my guns got extendos,” and benefits greatly from the textured, forced falsetto of Bourne: “Shorty a baller, just like Candace Parker,” he raps, his voice light and airy. “Can’t Get Her,” the album’s best cut, feels like a rare moment of chemistry, as Pi’erre’s soft-spoken vocals ooze in contrast with his partner’s punchy but restrained bars.

Both artists’ solo work is niche and singular: by coming together they were hoping to expand that sound, but instead they landed on something ambiguous: not bold enough to properly succeed as a collaboration and not focused enough to catch the magic of their independent music. Sometimes art benefits by staggering the listener and rewiring them to understand something new, but most of the time Bourne just sounds awkward on recycled Three 6 Mafia beats. For two of rap’s more respected producers, the production sounds disappointingly trite.

An album with not much to say, most of Space Age Pimpin’s tracks suffer from banality, but some push into actively offensive territories – Juicy J is mostly to blame. The 47-year-old artist’s bars on “NFT” makes a good case for being the worst song released in all of 2022. “Buying NFTs in the Metaverse, now I own her,” a strong contender for worst bar of the year. Whether or not crypto is a sound investment, nobody wants to hear advertising about Bored Apes over a crunk beat. Even Pi’erre sounds embarrassed as he stays far away from the blockchain bars. Gary Vee is out there somewhere nodding his head, though.

Pi’erre’s voice works well when used as an adlib, but for Space Age Pimpin’ to succeed, he needed to offer more. Most of the tracks follow the same formula: Juicy handles the verses and Pi’erre tackles the hook. Occasionally they stray from the blueprint but those moments are few and far between: most of the time it sounds as though they weren’t even in the same room when creating the project.

The album’s closer “Unsolved Mystery” hints at what Space Age Pimpin’ could have been: it’s an anchor for an otherwise aimless collection of songs. The production, an onslaught of frantic drums backed by a teetering piano refrain, is unique and couldn’t have come from either artist independently. Juicy’s overwhelming, ominous raps are balanced by the slimy self-harmonies of Pi’erre’s verse-of-the-album. Collaboration hinges on mutual sacrifice and the breakdown of routines. It’s necessary for the creation of new ideas. You can tape two pieces of metal together, but the bond will be so much stronger by melting them down.