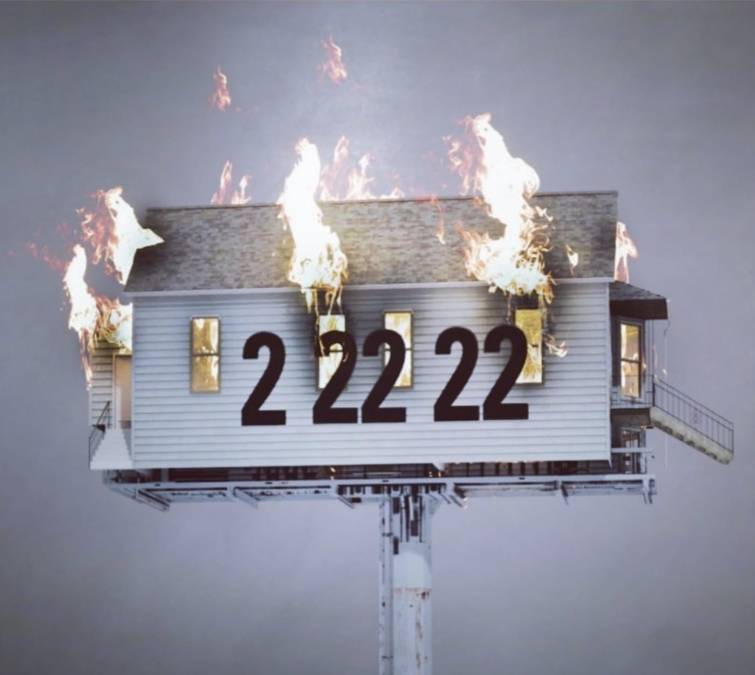 It’s impossible to watch Kanye West’s Donda 2 rollout without harkening back to the chaos of 2021. The disjointed and messy rollout of Donda, marked by bloated listening parties featuring alleged domestic abuser Marilyn Manson and the controversial DaBaby, plagued the album’s final product. The version placed on streaming services was nearly two hours long and featured a confusing variety of underdeveloped ideas and lush production choices that distracted from the thesis of dedication and faith.

Donda 2, the sequel memorial album named after Kanye’s late mother Dr. Donda C. West, is shrouded in a similar cloud of personal strife. The lead-up to the release saw multiple instances where his very public divorce with ex-wife Kim Kardashian West crashed into his creative process. Each moment, whether it was pointed barbs at Pete Davidson or fallouts with close friend Kid Cudi, exhausted fans of his music who recognize the antics have now outweighed the creative process.

This hyper-focus on his life’s current drama has produced a double-edged sword. Donda 2, which is only available (legally) via Kanye’s $200 Yeezy Tech Stem Player, is his most cohesive work in almost a decade, sounding more like a true album than a sprawling collection of rants. But the cracks in his lyricism and creative decision-making appear when obsessions with airing out his family’s matters become the focus. Through the 15 tracks, the seemingly tortured Chicago legend cements his spot as a top-tier curator in rap, incorporating a shiny list of collaborators to bridge the gaps in quality left by his solo contributions.

There are enough highlights for fans who passively listen to the album to think Kanye is back to form. Large stretches exhibit his meticulous attention to detail on the production side, forming a pristine background for him and his featured artists to waltz over. The opener “True Love,” framed by a posthumous feature from the late XXXTENTACION, progresses from a delicate piano composition to a trudging drum beat that could have been leftover from My Beautiful Dark Twisted Fantasy. “Security,” with its metallic instrumentation and distorted bassline supporting his frenetic, almost reckless threats, is reminiscent of a diet Yeezus track. Tracks such as the heaven-facing “Lord Lift Me Up” and “Sci Fi” utilize angelic string symphonies that work in harmony with Vory’s oft-recognizable falsetto and Sean Leon’s Auto-Tune, creating a haunting duo of tracks that belongs in a concert hall.

At this point in Kanye’s career, his strengths hinge on creating a realm for more talented rappers to succeed. He has to rely on starpower to maintain interest. “We Did It Kid,” a boisterous posse track featuring Baby Keem and Migos, exists as a clear standout as each artist raps at the height of their powers. It’s a rare moment of euphoria in a sea of depressive subject matter, where Offset can gleefully rap “helpin’ Ye find Kim in the black double M Benz” without it feeling out of place.

The most glaring misstep is “City of Gods,” which features Alicia Keys and Fivio Foreign. Kanye tried to merge the two New York powers to recapture the height of Donda’s “Off the Grid,” creating an ode to a city he’s not even from. It feels the most like a commercial cash grab, hoping to capitalize off the previous chemistry that Fivio found with Kanye in 2021 but misses the mark completely.

Much like the first Donda, the moments where the listener is forced to focus solely on Kanye is where the album’s cracks begin to show. “Get Lost” is an acapella soliloquy that sees his voice completely Auto-Tuned and distorted beyond recognition, to the point where it’s almost unlistenable. It’s disappointing because it contains his most thoughtful moments of recollection on his failed marriage, both the good and bad memories. “Now I keep to darker streets/Fucked up without the love,” he raps, with his rueful messaging strangled by incessant voice modulation. On tracks such as “Louis Bags” and “Pablo,” he stumbles and mumbles through his verse, delivering an unfinished product and leaving so much potential on the table once again. 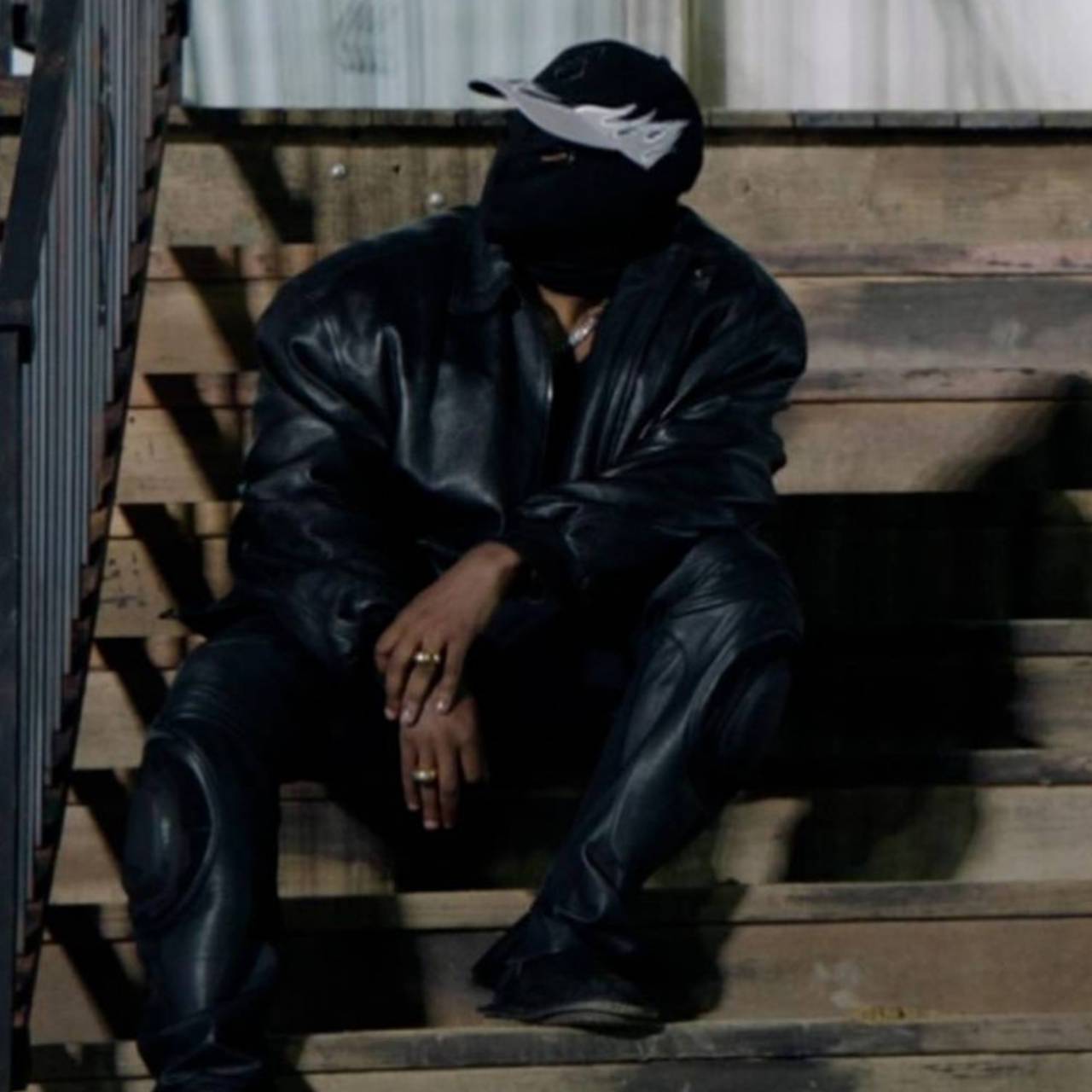 Ye loses track of his messaging through other means. His opening line on “Opening Road” shatters the beautiful scene set by Don Toliver’s vocals. “Baby I’m free like a homeless person,” he raps, leaving a sour taste in the listener’s ears on a song meant to be emotionally introspective. On “True Love,” he’s airing out his frustrations about the situation between him, Kim Kardashian and his children. In the midst of legitimate gripes regarding insecurities about his relationship with his kids, Kanye sneaks in barbs about Kardashian’s alleged parenting skills, getting uncomfortably personal. “Let the kids dig a tunnel to my house like Chapo,” he raps, making the listener privy to a biting argument.

Where its predecessor felt unfocused and distracted, Donda 2 hones in on every emotion and insecurity that’s arisen during his split with Kim Kardashian West. It mirrors his online and public presence, where the entire world is privy to some of the ugliest emotions a man could experience. The rawness of Kanye West’s current existence manifests in music that actually means something, which is the first time we’ve been able to say that about a Kanye album in some time.

Donda 2 is so good man, we might be going for another album of the year at this point 😂

aint no way yall calling donda 2 the worst album of the year?? pic.twitter.com/U2ZMu2jeYy

So it sounded like Donda 2 is an experimental trappy album with Kanye’s magic touch. Very much here for it

donda 2 worst album of the year so far

My first impressions of Donda 2 is that it’s mid to bad, and not in like I found god and my music reflects it bad but like an oh shit I rushed out an album as a way to cope and it’s bad bc I went to fast bad