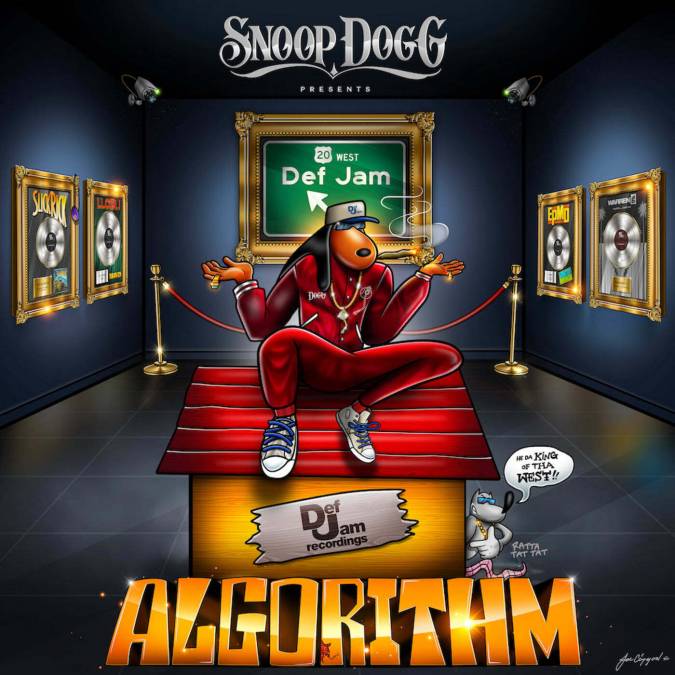 Months after Snoop Dogg’s The Algorithm came out, Snoop was in the news for a business move. Move over, Snoop Dogg the cash cow, and welcome, Snoop Dogg the mogul. The legendary Long Beach rapper purchased Death Row Records just days before he performed at the Super Bowl.

This is rare air for Snoop. He’s always been one of the more famous rappers in history, someone who was polarizing early in his career, but soon became one of the most marketable and meme’d rappers of all time. After defeating a murder charge in 1993, he was known as the boogeyman and considered everything wrong with Black America and the culture it derives from. When he started making cooking videos with Martha Stewart over 20 years later, he became America’s most charming rap figure.

Snoop Dogg’s latest album, The Algorithm, thinks of him as a corporate creative executive like DJ Khaled has become. On those records, you have contemporary stars being matched together based on who would shoot up the stream charts. This time, Snoop does that, but with a bent for seniority.

Old friends drop by but don’t come correct. “Big Subwoofer” is a function of doddering old gangster rappers, E-40 and Too $hort phoning it in for a cash grab with Snoop. Nostalgia creeps into this album and often renders it a retirement party. Method Man and Redman show up on “Alright” to try and recapture their previous magic but fail to deliver. While it isn’t a bad song, it doesn’t aim to be anything but music for men who bought the Jay-Z Vol 2. Backstage video. On “New Oldie,” Usher sounds tired, like he wishes he was some place else.

The best song on this record is the Mary J. Blige-assisted “Diamond Life.” It’s a feel-good track that sounds like two old friends kicking it at a barbecue. “Go to War ” with Blxst sounds like standard music that belongs in a show like Bel-Air, but it isn’t significant enough to be anything more than soundtrack fodder. Blxst is a hometown hero, another Southern California bred artist but he and Snoop fail to muster up anything other than mediocrity.  “Murder Music” is strong too, giving listeners a look at the new solemnness that has made Benny the Butcher a household name.

There need to be revitalizations of Hip Hop from legends but Def Jam and Snoop didn’t do the veterans justice. It’s telegraphed and boring. The marketing of Snoop Dogg joining the label is not as important as his legacy. Snoop has had success with albums like Neva Left, which prioritizes him as an arbiter of West Coast gangster rap – allowing him to be everyone’s OG and telling stories about his days as a gang member.

What this album could do well is give listeners some of Snoop’s traditional charisma to it, where every bar sounds like a Dolomite. Instead, The Algorithm is a passable album but not dynamic enough to be more than a footnote in one of the most unique careers in rap history.

Aye Snoop Dogg dropped a project today with a ton of artists and I must say it is worth a listen. I’ve enjoyed every track.

Today Snoop has given us #AlgorithmAlbum

It’s refreshing to hear Redman rapping in on of the songs pic.twitter.com/bWUhgfjp4N