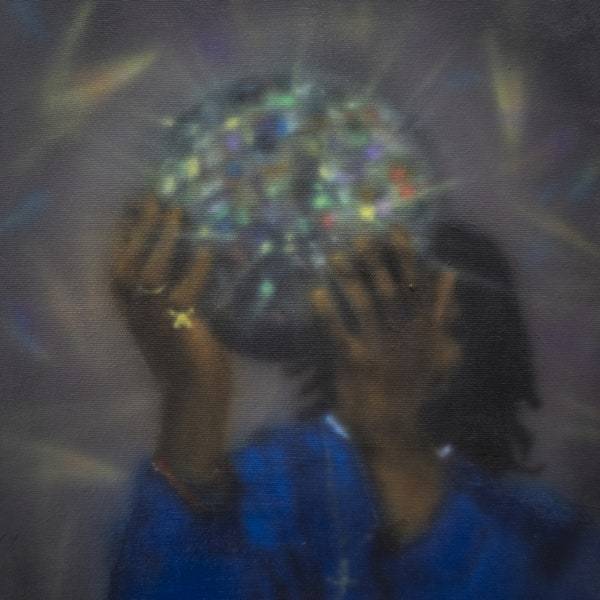 André 3000 once stated Future makes the most negative inspirational music of all time. Standing at the opposite end of the spectrum is MIKE, a new-age leader of positive depressive rap.

Drawing attention from critics and underground fans from the moment he launched his solo career on Bandcamp with 2015’s Belgium Butter, MIKE (real name Michael Jordan Bonema) rejects the gloss and glamour of contemporary rap. Armed with a multinational background and distinct ability to meld musical influences, he has steadily released a slew of praiseworthy projects during his 22 years on earth. His new project Disco! pits the polymath’s sharpest introspection to date against a glittering sonic river teeming with jazz samples and lofi basslines.

Lyrically, MIKE explores post-trauma from every possible angle. Coming to terms with the tragedies that inspired his early work (namely the loss of his mother) is a complex task, but that doesn’t stop him from wrestling an exhausting match with themes of depression, addiction, ennui and family estrangement.

MIKE is a practiced over-thinker, whose inner monologue transitions between morose, humorous, nostalgic, fatalistic and ridiculous with the drop of a hat. He’s impossible to pin down or place into a box. His bars span a frightful wealth of material, utilizing his rhyme scheme mastery and vast vocabulary to give listeners insights into his troubled mind.

All the tracks on Disco! are self-produced under his pseudonym dj blackpower, allowing MIKE complete control to put his audience in the somber and wistful state of mind needed to process his dense pockets of psychology. Most of the beats play into MIKE’s established strengths, fluctuating between crackling jazz piano, fuzzy drums, horns and floating keys. But he branches out into the larger rap genre, tapping Don Cannon-esque bubble synths on “Sandra” and kitschy infomercial keys on “Airdrop,” which sound straight out of an MF DOOM project.

The omnipresent gloom that made his earlier releases commercially inaccessible has been thinned but not shirked entirely. To name a few, “alarmed!” and “Big Love” are overly bleak, toeing the line between cathartic and depressing.

No one expects sunshine and smiles, but listening to his revelations in misery is a taller and taller order as time passes. When MIKE allows himself any fleeting contentment, DISCO! radiates. Tracks such as “Crystal Ball” and “Spiral/Disco” aren’t exactly joyous, but they stand among the most uplifting his discography has to offer.

MIKE’s bits of bardic wisdom, uniquely impactful voice and third-eye opening sense of humor translate into universally excellent verses, but many of them sound tacked on. Each song is little more than a verse set to music devoid of hooks. This distaste for traditional song building is freeing but makes the tracks relatively forgettable on their own. They contribute what they’re worth to the album and promptly disappear.

But MIKE isn’t trying to be Travis Scott. The lack of singles and earworm melodies lend authenticity to his mountain sage character. Following the depressive, psychedelic rap lineage of Ka, Roc Marciano and Earl Sweatshirt, DISCO! demands to be met halfway. Without listener buy-in – it’s just a collection of musings.

However, when the listener allows MIKE to conduct his symphony of introspection, the album reveals itself to be a treasure trove of compassionate nihilism and a definitive body of work by one of rap’s most understated lyricists.

It’s unreal..Disco! Instant W. The feeling of hot weather here in TX and a new MIKE album is always hazy in all the right ways. Must be June.