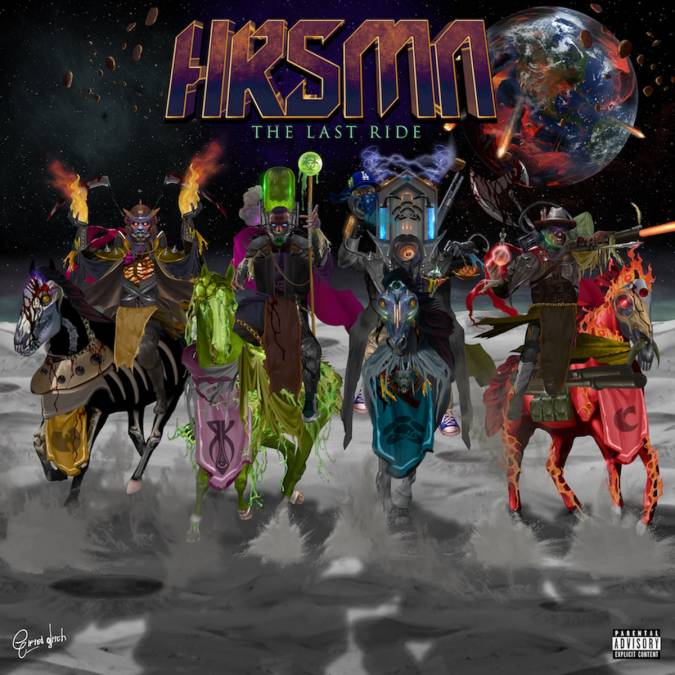 The four members of HRSMN — Canibus, Kurupt, Ras Kass and Killah Priest — were poised to deliver their first collaborative project over two decades ago.

The dexterous underground spitters were at the height of their major label careers when their intended debut album, The Horsemen Project, suffered a massive online breach, leading to countless bootleg recordings. Consisting of nine unmixed and un-mastered songs, the leaked project wound up selling over 100,000 units — and they never saw a dime in revenue. But now, HRSMN have a shot at redemption with The Last Ride, a 13-track exercise in both lyrical dissection and patience.

A reference to the Four Horsemen of the Apocalypse from the Bible’s Book of Revelation, each member is intended to represent Pestilence, War, Famine and Death. From the first ominous note of “Sintro,” Canibus, Kurupt, Ras Kass and Killah Priest make it painfully obvious they’re primed to prove to the rap world what it’s been missing — or at least try. They rhyme with feverish intensity on every track, pumping out tricky wordplay and double entendres faster than a conveyor belt at an Amazon warehouse.

The reggae-seeped standout “Champion” featuring Planet Asia, Chino XL and Blakkmore finds each MC rapping their asses off, reminding their fans what made them so prolific 20 years ago. Same with “Impossible,” which heavily borrows from the Mission Impossible theme song as they climb all over each other to see who can outrap the other. First recorded 11 years ago, the track features Canibus going ham with lines such as, “I’m the sickest linguistically, illicit lyrical misfit, in the business/Still ripping, muthafucka listen.”

While there’s no denying Canibus, Ras Kass, Kurupt and Killah Priest are all lethal with a pen when they want to be, Canibus’ voice is arguably an acquired taste, with his raspy and aggressive style nearly overshadowing his bars. He also often doesn’t really go anywhere either, opting instead to show off his ability to string fancy words together rather than tell an actual story. Meanwhile, Kurupt’s West Coast gangsta rap swagger almost feels oddly placed, with his braggadocious lyrics periodically landing flat amid the more introspective observations from Ras Kass, Killah Priest and Canibus. That’s not to take anything away from Kurupt’s rhyming talent — he still sounds as ravenous as he did when Tha Dogg Pound uttered its first, guttural bark.

Production wise, anyone who came up in the 1970s or ’80s will appreciate the beats, largely handled by Killroy, Who?, Bronze Nazareth and Pa Dre. With samples from The Monkees’ 1967 hit “I’m A Believer” on the track “Believer” and Pat Benatar’s 1983 heartbreak anthem “Love Is A Battlefield” on “Love N War,” the broad spectrum of selections illustrates their deep knowledge of the music they grew up on. “Believer” even comes with a nod to The Police frontman Sting with, “Every breath you take, I’ll be watching you like Sting.” 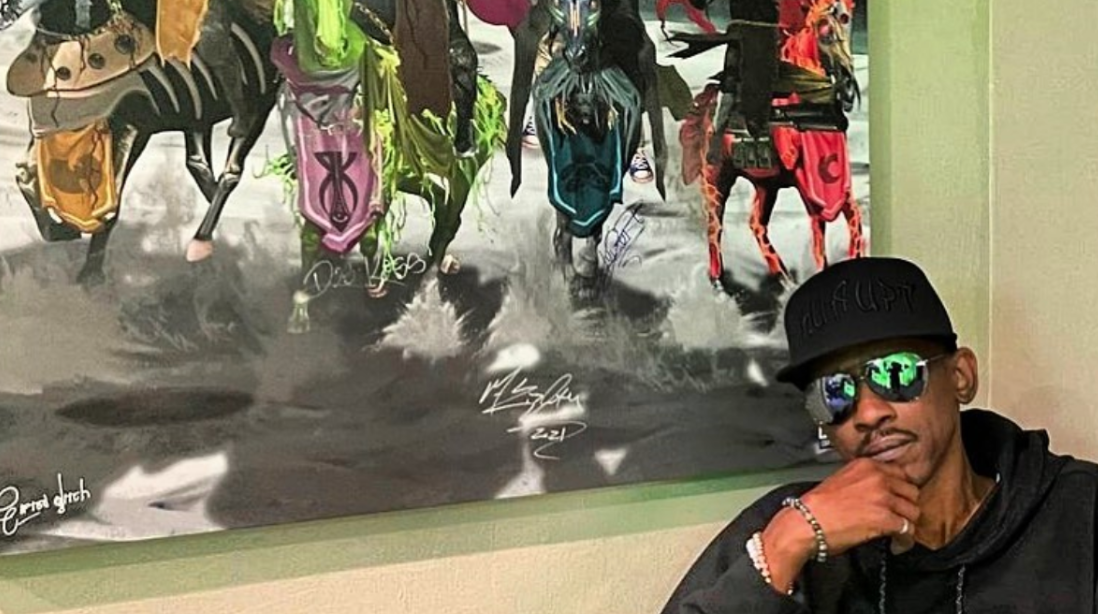 But this likely limits their audience. Hip Hop fans born in the 1990s or 2000s won’t have any reference point for some of the tracks, running the risk of them sounding dated. And while some of the songs were written as early as 2010, the fact they’re still spitting lines such as, “I get more ass than a baby wipe” on “Impossible” and “She can suck a dick or die tryin” on “One Second” doesn’t exactly say a lot for their evolution as men. Now in their 40s and 50s, it’s not as forgivable as a young man just getting acquainted with the female anatomy and simply detracts from their attempt at a conceptual album.

Whether they’re calling out wannabe rappers on “Morticians” over a Dr. Dre-inspired beat or having it their way on the flute-ridden “Burger King” alongside Phil Da Agony, El Gant, Al Tejeda and Fokis, the four HRSMN unequivocally embody what makes an MC an MC — it’s just too bad they’re 20 years too late.

Man if you like BARZ check out the HRSMN The Last Ride album @kurupt_gotti @KillahPriest @RasKass @DaRealCanibus it’s that uncut raw on a plate in a Escobar warehouse 🤯#hiphop pic.twitter.com/LgmMXm5EuL

Nostalgia got y’all listening to anything

In 2021 there is NO excuse for wack production value, they could of got som better beats, I won't go track for track but I heard maybe 7-10 verses that have already been used on old HRSMN material, lot of cut n paste. I xpected better o well