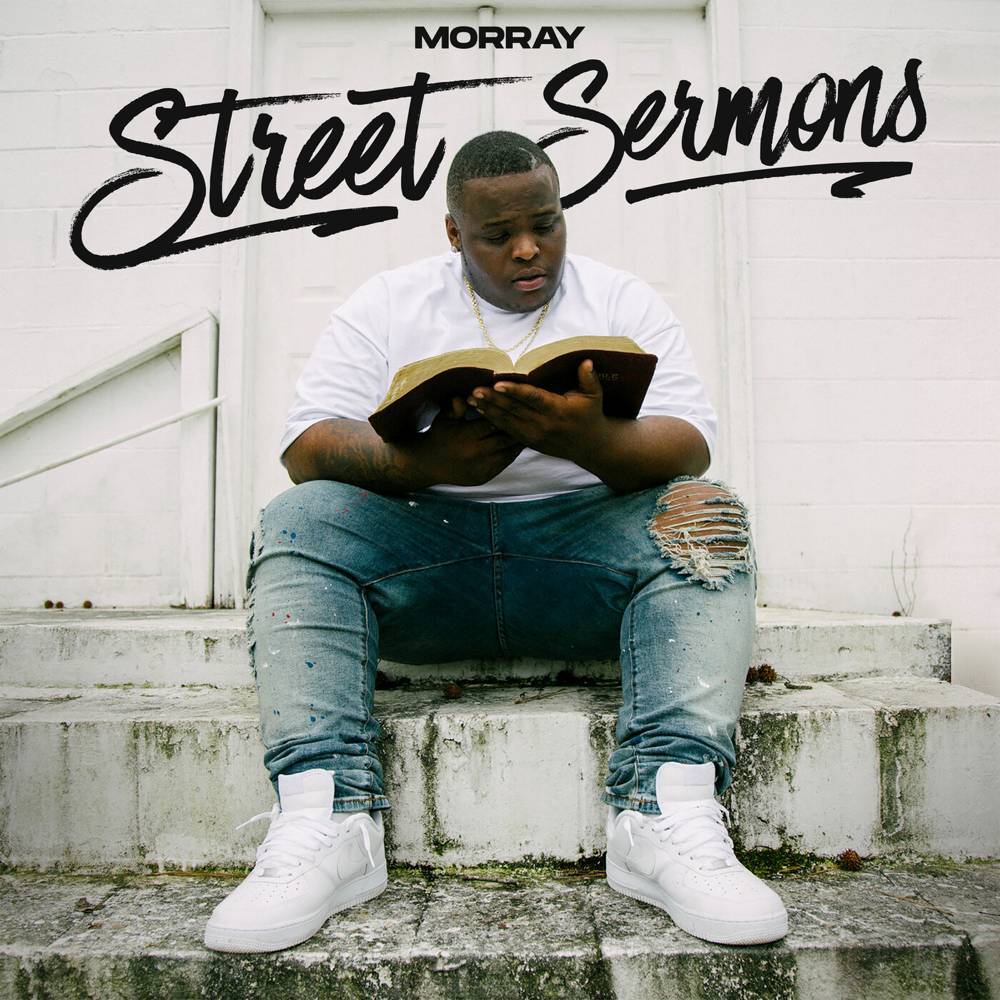 2021 HipHopDX Rising Star Morray’s ability to story-tell the woes of his struggles in the hood or chasing dreams that he may have felt were too big to achieve at one point, is what gravitates many to him – like a J. Cole or JAY-Z.

The Fayetteville, North Carolina-bred upstart isn’t scared of singing about the vulnerabilities that come with the growing pains of becoming a successful artist.

Street Sermons takes us into the deepest themes of Morray’s life from having frenemies, fighting past demons, being thankful for his newfound blessings, and overall striving to be a better Morray.

Opening with the soulful runs permeating through the track “Mistakes,” Morray reflects on the struggles he had to get through to get where he is now. He sings about his comeup (“eating good, went from ramen to Wagyu with my salad”) with ramen representing “not having much” while Wagyu meaning he’s arrived. In true storytelling fashion, Morray ends the sermon with “Bigger Things” – a brighter track focusing on where he is in 2021 versus just last year when things weren’t as promising for him. His church-inspired vocals can make anyone feel what he is saying, as he sings of keeping his eye on the prize and being thankful to be in a better position – not only for him but his family.

The Fayetteville singer uses his calling to assist his listeners by putting his heart on his sleeve and skeletons on the floor: “I got love for the ghetto, love for the hood, love for the people who turn the bad into good,” he says during the hook to “Trenches,” the second song from his debut mixtape Street Sermons. The Rising Star’s project is saturated with these kinds of banalities, along with intimate testimonies of his very own struggles. Song-for-song, Morray gives us insight into the hardships he saw growing up in the hood, but yet how proud he is to be from the South; his flow is noticeably influenced by gospel hymns he’s heard growing up.

With such a compelling sound, Morray rides every hefty 808 beat thrown at him. The major themes of his life are put on display when he doesn’t hold back from singing about his faith in “That’s On God,” having a third eye for the people closest to him – new and old – in “Big Decisions,” and also women he’s dated that didn’t believe in his dreams on “Nothing Now.”

The downside of the project is the melodies don’t give fans much dynamic in Morray’s vocal versatility when it comes to sound. After being fully immersed in his rags-to-riches story at the beginning, songs such as “Can’t Use Me,” “Kingdom” and “Switched Up” start to bleed together as the album finishes up (although “Kingdom” is to be believed to be the track that tells us what Morray simply wants and his reasoning for going through it all).

Throughout the entire Street Sermons, Morray continues to let his fans know that if he isn’t anything else, he’s extremely grateful to be able to live his dreams and take care of those he loves. Although still at the peak of his career and his life experiences don’t speak to everyone, Street Sermons is a body of work that is easily digestible.

This article originally appeared in Week #15 Edition of the 2021 HipHopDX Rising Stars highlights.