Moneybagg Yo Keeps Up His Consistency - & Clout - On 'A Gangsta's Pain' 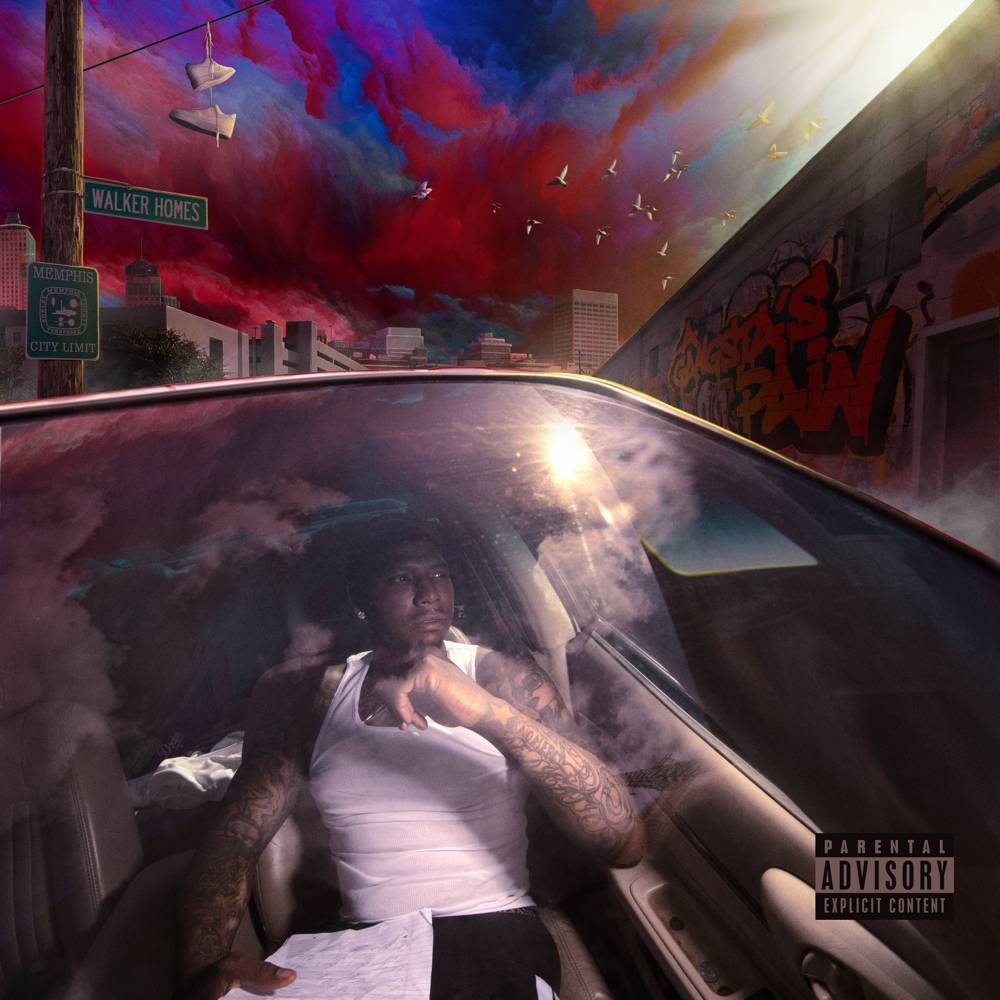 Memphis’ Moneybagg Yo has become a constant in rap. He sounds at home alongside Lil Durk crooning about comparing sex to an Uzi just as much when Detroit’s Babyface Ray needs an assist to get on Spotify’s Rap Caviar. It’s the similar quality 2 Chainz flaunted when he was popping up on all of the hit singles and remixes in the 2010s.

Atlanta trap, Southern pain rap, etc. Moneybagg possesses an innate ability to ride on all the trending sounds and help boost a song with his presence: a welcome addition to any single.

But while 2 Chainz has received a critical re-appraisal as much more than a trendy feature, Moneybagg is still looking for the project to catapult him from one of rap’s most notable jack-of-all-trades to a bonafide superstar. Past projects like 2017’s Federal 3X and 2020’s Time Served showed his growing commercial appeal, debuting in the top 5 of Billboard’s Top 200, respectively.

His latest album, A Gangsta’s Pain, is the culmination of his rising stock, peaking at No.1 on Billboard’s Top 200, his first chart-topping project. it’s a level-up moment for Moneybagg, despite not being much different than his past records. He delivers the same familiar quality rap fans have come to expect with a twist of illuminating introspection.

The album features eight pain songs and eight gangster songs, mixing them together throughout. This results in some jarring tonal shifts. He goes from candidly addressing the toll internet rumors have taken on his personal life and relationship with Ari Fletcher on “If Pain Were A Person,” only to turn around and go on flex fests with Tristar on “I Believe U.”

While a bit disorienting, it keeps the project from getting monotonous as the bleak production sticks mostly with standard preset hi-hats, thumping 808s and dark piano lines plucked from rainy day-type beats on YouTube.

These streamlined sounds hold Moneybagg back a bit, but he makes up for it with thoughtful songwriting. He gets the album to live up to its title, juxtaposing the successes rising from the trenches alongside opening up about his traumas and addiction.

He personifies a cup of lean into a woman on the somber ballad “Wockesha,” detailing his battles with codeine. Aided by the often-sampled Debarge’s “Stay With Me” (yes, the piano keys in Ashanti’s “Foolish”), Moneybagg goes back and forth about his personal connection with the drink and the way it hurts his life, yet is always there to comfort him. It’s a heart-wrenching account of trying to fight his dependency on the purple temptress.

Moneybagg reveals all sides to his personality on the project. Whether he’s jesting about his pull-out game on the Big30 assisted GO! (he has 8 kids) or barking at fake friends trying to use him as a come-up on “Clear Da Air,” we get a full view of Demario White Jr.

Even his romantic side peaks out on the Jhene Aiko duet “One Of Those Nights,” though Moneybagg can’t quite pull this off alongside Aiko’s vibes-and-chill style. However, not all of Moneybagg’s experiments go awry. The Pharrell and Chad Hugo produced “Projects” and “Certified Neptunes” puts Moneybagg on glitchy, grainy and bright beats, which mesh well with his soulful crooning and smooth apathetic flow.

This artistic diversion is a welcome switch-up, but the album focuses on street bangers and introspective pain rap. No matter how much Moneybagg brags about his success, there’s always a tinge of sadness and paranoia in his rhymes — a grey overcast of melancholy and mistrust.

On the closing title track, Moneybagg sums up the themes of the album, reflecting on his journey to this point. Through the disappointments, betrayals and deaths, he triumphantly declares victory. But with his obstacles hurdled, he ponders one question: “It’s easy building up a name but can you keep it relevant?”

If Moneybagg Yo can keep up this quality and continue improving, then that’s one less thing he has to worry about.

@MoneyBaggYo did what needed to be done with #AGangstasPain ‼️??? no skips fr