Review: With 'Burden of Proof,' Benny The Butcher and Hit-Boy Give A Celebratory Toast To Their Remarkable Runs 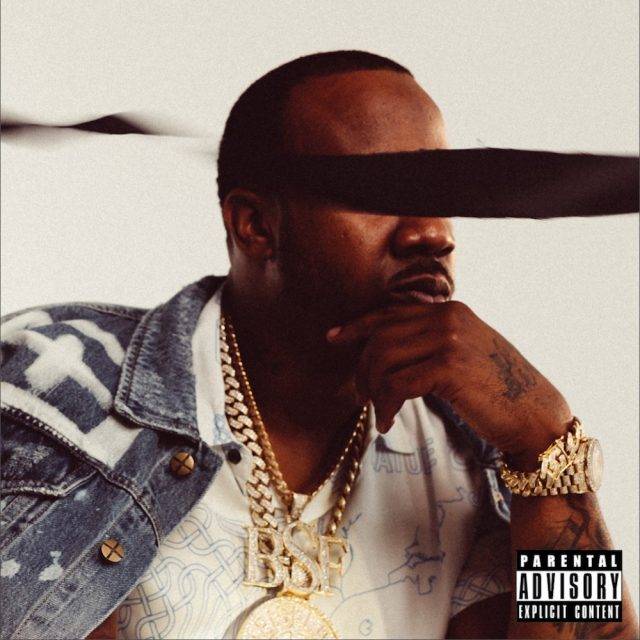 Benny The Butcher and Hit-Boy are two names that wouldn’t usually fit together. Benny is the gritty, cold-blooded MC from the Griselda collective whose dark, drug-ridden music reflects the streets of Buffalo the public doesn’t get to see.

Hit-Boy, on the other hand, is the Grammy Award-winning superstar producer who’s constructed records for some of Hip Hop’s most legendary artists such as JAY-Z, Kanye West and Drake. When word got around the two were collaborating on an album earlier this year, expectations were high and many wondered how their different sounds would complement each other.

Benny and Hit-Boy surpass those expectations with their first collaborative album, Burden of Proof. The 12-track project is a celebratory toast to Benny, who’s been on one hell of a run since blowing up in 2016 with his debut album, My First Brick. Hit-Boy delivers a piping hot plate of booming production Benny eats up with his hungry lyrics.

The guitar-laden album opener “Burden of Proof” lets listeners know right from the start this isn’t going to be the usual Benny The Butcher project. Benny, who’s known more for his dark and violent cocaine-fueled lyrics, takes on a different tone thanks to Hit-Boy’s array of soulful beats. It may be difficult for die-hard Griselda fans to rock with the new sound, but Benny keeps the vibe going with his trademark blunt metaphors and distinctive voice.

The Butcher sounds like a true rap veteran on Burden of Proof, and that’s not a far-fetched thing to say even though this is only his second studio album. Benny has gone through it all since entering the game in 2004, releasing mixtapes while handling his business in the streets. On tracks like “Trade It All” and “New Streets,” Benny captures those early years so vividly that paired along with Hit-Boy’s fantastic production, listeners almost have no choice but to root for the budding superstar.

Some of the features on Burden of Proof are another highlight of the album as well. The core trio of Griselda come together like a strong unit as usual on “War Paint” while Rick Ross adds a luxurious touch to the atmospheric “Where Would I Go,” where he trades slick bars about his riches with The Butcher.

On “One Way Flight,” Freddie Gibbs delivers not only a catchy hook but flexes with bars like “Bought some ugly white girl when I whipped it, it’s Miss Universe/Migo brought the chickens on the bird, that’s that Scooter work/I control my bitch’s OnlyFans, I got computer work.”

The best part of Burden of Proof comes when Benny gets introspective on the last two tracks. Hit-Boy took to Twitter to reveal the Queen Naija-assisted “Thank God I Made It” had Benny cry while reflecting on his come-up and his late brother who lost his life to the streets. Listeners hear the truth in that tweet when Benny’s touching story has his listeners attuned to the emotions of losing a loved one so suddenly.

“Legend” puts a fitting cap to Burden of Proof by having Benny and Hit-Boy end the album on a high note. Both men have been having a remarkable year lately, and it’s hard to argue their runs are anything but legendary. Benny raps with so much confidence and gratitude here that listeners have to tip their hat to the certified Buffalo legend.

For those used to the aggressive, violent music of The Butcher will be happy to hear this fresh, refined take on his sound. Hit-Boy is making a strong case for Producer of the Year with everything he’s had his hands on in 2020 — and Burden of Proof only strengthens that claim. Benny has always said, “The Butcher’s coming nigga,” and after taking in Burden of Proof, it’s safe to say The Butcher’s here, nigga.