Review: T.I.'s 'The L.I.B.R.A.' Is Proof The Self-Proclaimed King Of The South Hasn't Lost His Edge 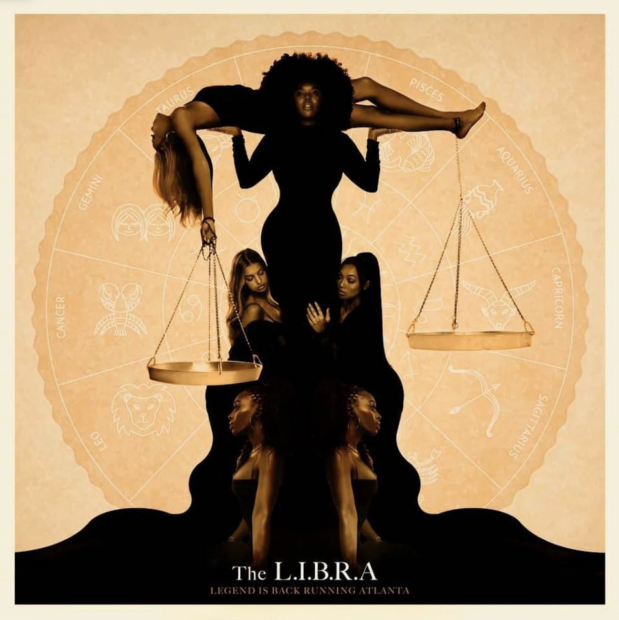 Whether or not you believe that Atlanta rap titan and entrepreneur T.I. has three or four classics under his belt — a claim made on his new LP The L.I.B.R.A. (via the song “Pardon”) — it’s hard to argue against his catalog. Having an 11-album solo career run with multiple platinum certifications, three Billboard Hot 200 No.1 albums and seven No.1 albums on the U.S. Rap Charts is no small feat.

His eleventh release (an acronym for “Legend Is Back Running Atlanta”) sees him balancing heartfelt tribute, real-life learnings, sociopolitical musings and good-old-fashioned mainstream fodder — all of which he mastered during almost 20 years in the game.

On the album’s intro (which features one-time drug dealer turned acclaimed comedian and author Ms. Pat), the Southern staple is sounding as hungry and fresh as ever. Over the piano-driven trap-track, he reiterates his position atop the ATL rap food chain, setting the project’s tone.

As things move along, though, The L.I.B.R.A. falters slightly in its disjointed sequencing; there are lots of songs, lots of features, and lots of vibes, making it feel like more of a playlist at points than a coherent body of work. However, the flip side of the coin is that he manages to hit some incredibly high notes along the way while trying to be everything to everyone.

Still, he’s at his best when he centers on timely content, surrounds himself with high-powered spitters or merely attacks beats that veer away from his safety net. For example, he goes extra hard as he spreads out some Griselda features from Conway The Machine (“1/2 Ticket”) and Benny the Butcher (alongside Jadakiss on LP highlight “Make Amends”). He also floats effortlessly over the gorgeous horns on the MyGuyMars-produced “Respect The Code,” featuring the always on-point Rick Ross.

Given the climate and Tip’s outspoken nature, it’s odd that he waited until so late in the project to really focus on the intense racial divide and other hot button topics we’ve seen peak this year. “Horizons” produced by 9th Wonder seemed like a starting point. Tamika Mallory (a prominent activist included on the 2018 TIME 100 Most Influential List) subtly suggests the song will be somewhat about Black women with her powerful intro, only for T.I. to take a different approach before Mallory picks it back up in the outro.

He does dive deeper a song later on “How I Feel” with Killer Mike (as well as Eric Bellinger), where the two ATL natives echo a lot of the sentiments shared during their respective speeches at the Atlanta Mayor’s Press Conference on May 29 (2020). T.I., in particular, shares some strong takes on Christianity in the song, noting, “[it was] given to us by our oppressor … to follow that, you continue to follow them.”

He also shares a brief, pandemic related anti-vaxx note on the otherwise impressive song “Pantone Blue,” rapping, “Man, these people diabolical, they nothin’ to play with … put that shit in you or your baby, your ass crazy.”

Though both those potential headline starters were buried by the John Legend assisted “We Did It Big,” which humorously reflames the rumor that his associate urinated on Drake (a bar that cost him a follow from the Toronto Raptors Ambassador).

T.I. seems to age like fine wine, able to adapt to a contemporary trap sound with ease and curate features that neither overpower nor outshine him. At this pace, it’s not insane to imagine him reveling in late-career relevance and hit-making ability not unlike E-40. The L.I.B.R.A. could have benefitted from a few snips here and there, but overall it’s a reasonably satisfying listen and a tangible reminder that the self-proclaimed King Of The South hasn’t lost his edge.