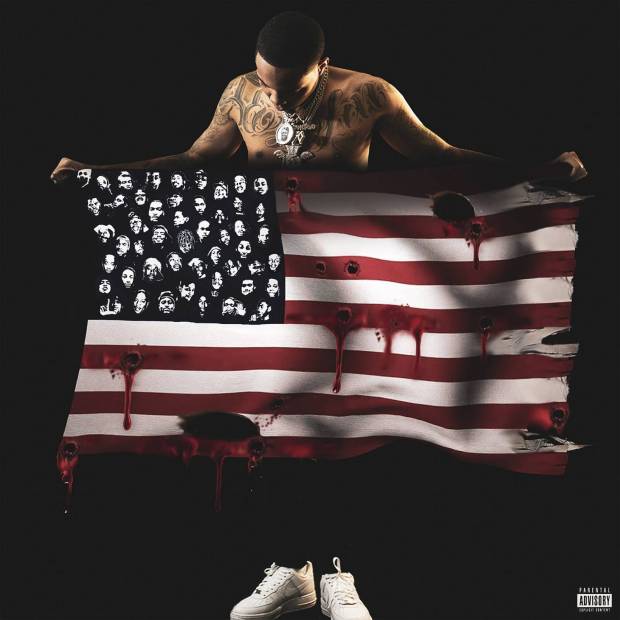 Two years ago, on a chilly Thursday night in late February, a run-in with the law changed G Herbo’s life forever. Riding in a limousine around the South Loop neighborhood of Chicago, Swervo and two of his companions were arrested by police after their limo driver tipped authorities off to the presence of loaded guns stowed in the backseat.

Herb only spent eight days in jail but was asked by his lawyer to see a therapist after getting out. During his first session, he was diagnosed with post-traumatic stress disorder. Instead of fighting the diagnosis, he confronted his past through the aptly titled PTSD, a contentious therapy session from a psyche rattled by nightmares.

The production on the LP sounds more polished than past material, but it doesn’t detract from his grim tales of suffering. Swervo raps like he’s having a panic attack, going offbeat to emphasize his increased anxiety as he reflects on his damage.

The rapid flow he employs on “Lawyer Fees,” assisted by the sorrowful croons of Polo G, sounds like the distressed ramblings of a victim breaking down, before achieving a breakthrough. Herbo details the morbid horrors he witnessed as a teen, listing dead homies off like the stars on the blood-soaked and bullethole-filled flag shown on the album’s cover. “High Speed” takes the listener on an anxiety-filled ride as Swervo recounts his last velocious getaway from the cops matching his flow speed to the events in the story, slowing down when the situation steadies but speeding right back up when the intensity builds.

Herbo excels when he finds an equally traumatized confidant to spin tales from the streets with. On “Party In Heaven,” he pours one out for the dead homies alongside Lil Durk, and spits blunt bars about the struggle of escaping his hood on “By Any Means,” featuring an impassioned, but methodical 21 Savage. The record is full of distressed confessionals, but the linchpin comes on, “PTSD,” where the Chi-Town rapper ruminates on his trauma amid success. “A million dollars ahead/I’m still angry and seeing red/How the fuck I’m ‘posed to have fun?/All my niggas dead,” wails Herbo, flexing with anguish. The usually joyful Chance The Rapper details seeing people get shot on the block and watching his friends strip the pockets of a dying homie as they bled out.

But the cut is anchored by the late Juice Wrld: flaunting the talent we’ll never see flourish. “I got a war zone inside of my head,” he harmonizes on the haunting refrain. The track encapsulates the shared trauma of growing up in the streets of the South Side of Chicago…so why is Lil Uzi Vert here? The Philadelphia-raised rapper’s unnecessary verse takes away from the sentiment of the song, spitting vapid and on the nose bars devoid of detail. Despite Uzi having another “Bad and Boujee” moment, the track is one of Herbo’s greatest triumphs, a collaboration that serves as the heart of the record.

The project hits a few snags when Herbo diverts from the theme and falls into cliché rap tropes. “Shooter,” featuring Jacques on autopilot, sounds way out of place on an introspective album detailing the harsh reality of the streets. The toothless and formulaic love song has more in common with an uninspired Chris Brown ballad than a reflection on past transgressions. And “In This Bitch,” is an inconsequential and vain throwaway, offering no insight into Herb.

Despite these slip-ups, PTSD stays true to Herbo’s roots, offering a glimpse into a conflicted man as he attempts to come to grips with the horrors of his past. Herbo’s journals of South Side woe dive deeper than any of his past work, effectively channeling his pain into a record that feels like the beginning of a rigorous soul search; reckoning with the emotions he once suppressed to survive.