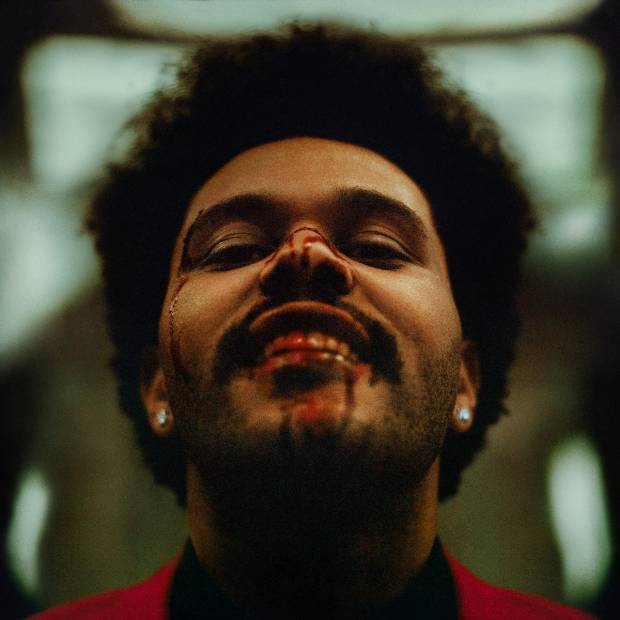 During the dying embers of “Until I Bleed Out,” the final song on The Weeknd’s After Hours album, he makes a simple yet saddening claim: “I keep telling myself I don’t need it anymore.” The “it” refers to a few things — the cacophony of drugs in his bloodstream that’s paralyzing his body, and the woman of his dreams doing the same to his mind.

Dating back to 2019, the road to this discovery has been blistering. Music videos for “Heartless” and “Blinding Lights” focused on the electrifying highs of his vices that kept him coming back. Still, the unstable nature of their relationship was all too apparent, and eventually reached a fever pitch in the short film released at the beginning of March. Now, the long-awaited album finds him on the brink of collapse, and as he bemoans his state of mind for nearly an hour, it’s hard to blame him for seeking a change.

After Hours, The Weeknd’s fourth studio album, brings together all the elements that built Abel Tesfaye into a household name. We hear the melancholy sounds of loneliness caused by dysfunctional relationships. We witness cinematic progressions that ebb and flow parallel to Weeknd’s precarious mental state. And, we find the retro dance grooves bursting with life, powered by dazzling synths that glow brighter than the Vegas strip at 3 a.m.

Through it all, he tells a low-lit story of heartbreak and failed reconciliation, laced into a drugged-out bender that peaks at (almost) the right time. From the first words on the intro track “Alone Again,” Weeknd is looking for answers, throwing off the veil and trying to rediscover the things that made him whole. He pairs his anxious words with equally jittery synths, before the prolonged build-up gives way to his fear of being alone, yet again. Despite the fog, though, he’s clear-headed enough to see how he caused his own demise, outlining his faults on standout track “Hardest to Love.”

After this tranquil moment of clarity, however, the downtempo production starts to drag. The grandiose ballad “Scared to Live” brings the album’s already languid pace to a standstill, where it remains until Metro Boomin resuscitates him on “Heartless.” Lyrically, “Snowchild” is a critical turning point in Weeknd’s character development, but due to the poor sequencing around it and vanilla production beneath it, it doesn’t quite snap the way it should. It’s the same story with his revelation about LA girls at the end of “Escape from LA” — it’s unquestionably his coldest declaration on the album, but the four minutes of sludge leading up to it is hard to endure.

Still, Weeknd saves his best for last on After Hours, and after jolting to life on the spellbinding “Blinding Lights,” he can do no wrong. The title track is a vintage snapshot of Abel that finds him alone at the end of the night, with cocaine on the table and strobe lights flashing through the room. “In Your Eyes” is pure sonic euphoria as Abel tries to woo his love interest, and even though the beat’s rose-tinted glasses mask some troubling lyrics, it’s easily the happiest four minutes of the album.

After 2018’s EP My Dear Melancholy, After Hours continues Weeknd’s descent back into the abyss. Still, he shows more initiative here than on his prior offering. Where he once was content to wallow in the darkness, now he’s dashing back and forth trying to rediscover a sliver of light. Some ideas are better than others; i.e., his desire to leave the bright lights of L.A. is likely wiser than the relapse that lands him in an ambulance on “Faith.”

Above all, though, After Hours is the most satisfying blend of “old” and “new” Weeknd that he’s ever put forth on a single project. He said it himself last November: the ensuing months would bring in a “brain-melting, psychotic chapter.”