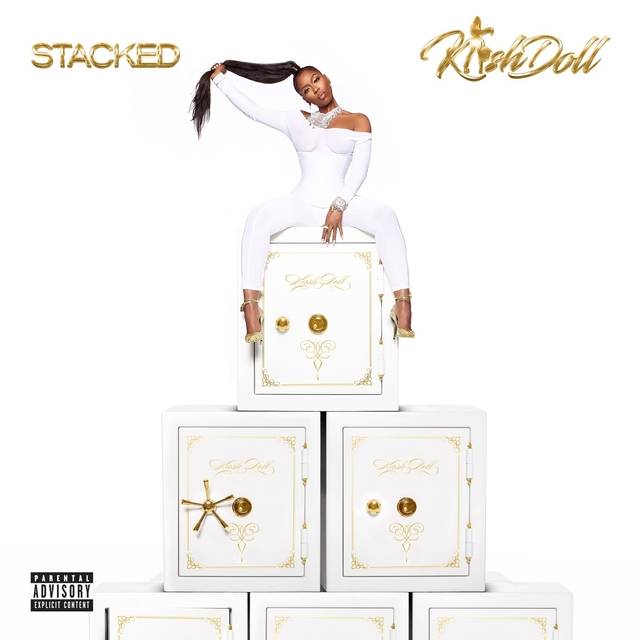 Some would say that Kash Doll is just another beneficiary of the elusive Drake co-sign stimulus package that has birthed more than a handful of careers. Having a 15-minute opening set on one of The Boy’s Summer Sixteen Tour stops would help just about anyone’s career and while it’s definitely something that Kash Doll was fortunate to flex, her recent success has been very much self-started. Her tenacious Instagram freestyle videos, scathing remixes of popular hits and pair of re-listenable mixtapes have given the Detroit native enough steam to set herself on fire.

And on her debut album Stacked, she focuses this flame into a highly palatable collection of songs for the bad bitch in all of us.

Although Kash Doll isn’t a household name just yet and the chances of most suburban parents confusing her with the likes of Cardi B and Nicki Minaj are high, she has still been blazing her own trail of fierce female raps over the past 18 months. “Ice Me Out” was Stacked’s first single and not only showed Kash’s commanding ability to rap slow, sturdy and seductively but also that she can’t be bought: “I ain’t gotta get naked for no tennis bracelet/But I need twenty bands for a fuckin’ anklet.”

Aside from the pseudo-sentimental and autobiographic intro “KD Diary” (that pulls direct inspiration from Meek Mill’s double-paced “Dreams and Nightmares” intro), Kash comes thoroughly cutthroat track after track to anyone willing to test her rep, cheques or neck. In fact, the majority of the album’s themes can be summed up with simply: I’m the baddest and I don’t need anyone’s help to make it.

From the Big Sean-assisted “Ready Set” and cascading all the way down five songs to “Kitten” featuring Lil Wayne, Kash really raps her Fendi covered ass off; especially on the latter track. She flips the cat / dog angle perfectly with commanding lines like “Call him Clifford, he ain’t Crippin’/Big red dog on set, he trippin” and I am a queen, you gon’ bow down, you look at this ass, it feel like a cloud/All dogs go to Heaven, but I’ll send you down if you don’t fuckin’ ice me out.” Plus, ISM and Andre Harris flip a simple dog bark into a certified slapping beat.

She eventually takes it down a notch in aggression on “On Sight” with Trey Songz. Trigga has undoubtedly been typically typecasted as the smooth R&B chorus go-to and the song is just as predictable. What hits much harder and feels ten times for authentic is the following track “Krazy.” In tandem with LouGotCash, Doll raps from the perspective of a cheated on women that’s on the brink of going “crazy” on her unfaithful counterpart. It’s refreshing to hear some vulnerability from Kash, especially on an album that is literally stacked with varying boss bitch anthems.

There are a few more streamable tracks that close out the album like the potentially pop “Feel Something” and the socially insightful “100 of Us” but for the most part, Kash keeps the same energy all the way through. It’s definitely empowering to hear a slew of tracks that entice listeners to rob a bank but after 17 songs, it can get tiring.

Not only did Kash stack this album with a few too many trash talk tracks and not enough honest moments but there are too many songs in general. The album’s length doesn’t render it unlistenable but a little more streamlining could have made her story, history.