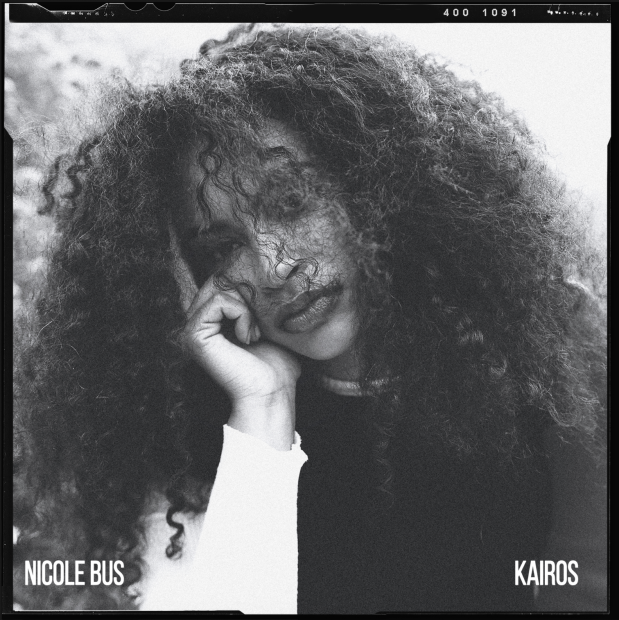 Nicole Bus understands a thing or two about nostalgia. This much was clear when she turned heads at the end of 2018 with the shimmering single “You,” her vocals soaring over a clever flip of Wu-Tang Clan’s classic “C.R.E.A.M.” Now, she’s following a similar formula on her Roc Nation debut KAIROS, unearthing such unmistakable classics and updating them with her own melodic spin.

KAIROS is a crate-digger’s paradise, in both the percussion and in the lush instrumentation. Shades of Kanye West’s “Heard ‘Em Say” waft through the frame on “Unchanging.” The racing drums from The Soul Searcher’s “Ashley’s Roadclip” — made famous by Rakim and Eric B. on “Paid in Full” — receive a colorful twist on “With You.” Her tremulous voice on “Rain” matches up perfectly with the faltering drum break on Al Green’s “I’m Glad Your Mine.”

Vocally, Nicole is gifted enough to retain center stage even as a buffet of timeless sounds parade by. It’s a glorious occasion when she ascends to the rafters of her register, cracking voice and all. The passion she pours into virtually every note is perhaps her strongest attribute; combined with her film noir-esque ear for grandeur, it creates a sophisticated atmosphere that’s hard to resist. If her vocal performance is what keeps the movie rolling, the note she hits near the conclusion of “Rain” is the undeniable climax, as piercing as a bolt of lightning cutting through the cloudy skies.

KAIROS is at it’s best when Nicole joins opposite ends of the emotional range together within one song. There’s a mournful joy lodged in the backing vocals of “Friend Indeed,” soundtracking the light at the end of the tunnel as she sings “I know I can’t get through to you, I just want to know that you are okay.” Melodies on “Look Up To The Sky” are relaxing enough to toast life’s successes over champagne and lobster, even as the lyrics speak to lonely nights on the brink of despair.

When the production doesn’t evoke such strong emotions, songs on KAIROS lack the knockout punch. The reggae-inspired instrumental on “Comfort Me” isn’t bad, but stands relatively flat when compared to the rest of the tracks, and doesn’t allow Nicole to showcase her strengths. “Stand Next to Me” is a hollow attempt at a stirring conclusion, and even Nicole’s lofty runs over the second chorus can’t save it.

As a whole, however, KAIROS is a stunning collection of music and an emphatic validation of her talents. It’s been six long years since she survived into the quarterfinals of The Voice of Holland; now with Roc Nation in tow, her time in the spotlight should be far from over.