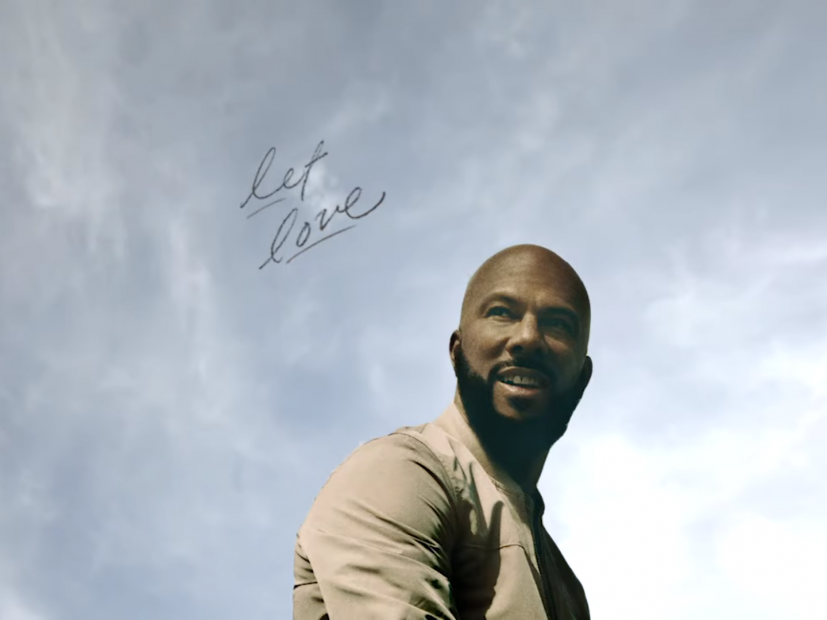 Common, the award-winning vaudevillian has been putting Valentine’s Day on wax for 25 years, building his career off romancing the Stony Island Avenue section of his Chicago origins and Hip Hop nation with his touchstone single “I Used To Love H.E.R.”

On his twelfth studio LP Let Love, the supposed musical iteration of his New York Times best-selling book Let Love Have The Last Word released in May, he devoted to focus on music rather than movies and other projects away from what made him famous.

Similar to Joe Budden’s blunt yet credible tweet about Pusha T’s Daytona album, most fans know what material to expect from Common when he releases a new full-length project: love ballads and dedication songs; historical references to the black experience and Hip Hop’s trending topics; occasional environmental awareness and politics as usual.

Much of the album blends into a relaxed tone and Common’s semi-spoken word poetry while confronting several emotions linked to his family skeletons in the darkest corners of his closet breed repetition.

The opening soft piano keys that transitions into hard drums, crash cymbals and sauntering keyboards “Good Morning Love” gives the album a good starting point. From there, “H.E.R. Love” gives the fifth edition of an exhausted dedication theme to Hip Hop personified as a female with several rappers’ names of today’s era littered throughout the love letter over the J. Dilla-produced ethereal beat.

But it seems like throwaway tracks compiled in late producer’s sessions for his album The Shining in 2006.

Other tracks such as the album’s second single “Hercules” featuring Swizz Beatz brings Common back into his fist-in-the-air mode for justice for African-American youth. But it doesn’t have replay value like Common’s other tracks with similar themes like “The Corner,” “The People,” or “The Sixth Sense.”

There are other lulling coffee shop jazz production in the ode to his Common’s mother “Forever Your Love” featuring BJ The Chicago Kid and the gospel-inspired “God Is Love.”

Although the conversational song dedicated to his 22-year-old daughter Omoye is moving for his content, Common fails to make his story about his own fatherhood mistakes on “Show Me That You Love” sound compelling in his choppy monologue with Jill Scott’s hummingbird hook. The slow tempo of the track makes it feel like a loosely experimental jazz jam session.

The highest points of the album are the upbeat “Leaders (Crib Love)” with turntablist extraordinaire DJ A-Trak and “Memories Of Home.” In the latter track, he opens up and confronts past family skeletons, longing for his own male figure during his father’s incarceration and being molested.

Common has been delivering solid material for three decades, but this album can be chalked up as a mediocre comeback, not for lyrical ability. Rather, it’s for the lack of soul “by the pound” in the album’s soundscapes. It just doesn’t hold as much weight in his discography.