Review: JayDaYoungan & Yungeen Ace Sleepwalk Through “Can’t Speak On It” 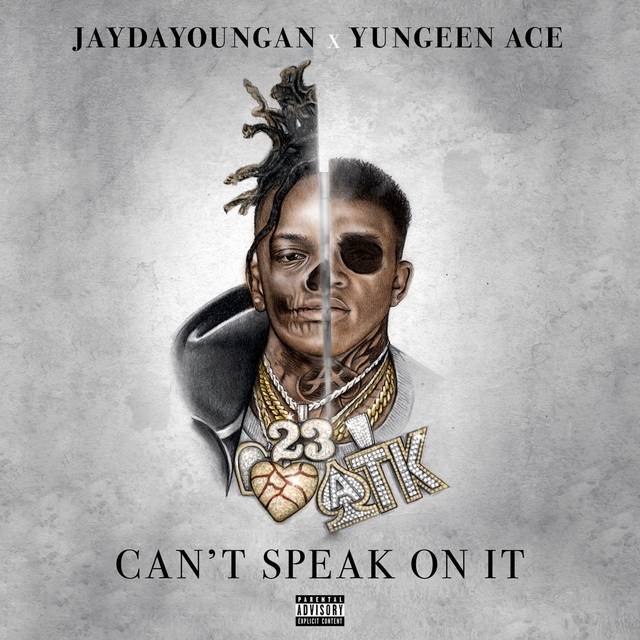 For the past two years, JayDaYoungan and Yungeen Ace have steadily dropped a series of diligent releases that while lacking a career-defining moment, demonstrate potential. Seemingly, them coming together would lead to some magic and take them to the next level. But Can’t Speak On It, their collaborative mixtape, is largely a disappointing snoozefest.

Though they do strike up some chemistry, these tracks generally lack any energy or originality.

The mixtape kicks off on a sleepy-note with “Opps.” Featuring sluggish guitar-strums and half-hearted verses from JayDaYoungan and Ace, the song fails to stick. There’s a blatant disconnect between the intensity of the lyrical content — graphic details of murder and hustling — with its lackluster execution. A chunk of the tracks emulate this zombie vibe. “Dead Man Walking” is an attempt at an Auto-Tune R&B jam that’s strung together by a weak melody. Once again, the compelling lyrics are squandered. On the chorus, Yungeen Ace sings with zero conviction: “I’m deep in these trenches, I don’t know where to go/ Run down, kill, or rob, it seem to be all we know/ Got some bodies in the clouds that only devil and God know.”

When the duo aren’t sounding lifeless, they are resorting to cheesy cliches. “Don’t Leave Me” has the two artists going back and forth, rapping about their broken hearts. Despite being a little more than two minutes in length, the song definitely overstays its welcome with its rough Auto-Tune and canned lyrics. Yungeen Ace recycles a well-worn metaphor in the bars: “So deep in love, I’m addicted like the drug/ I’m a fiend, I don’t know why.” Similarly, both “Step For You,” an ode to loyalty and friendship, and “Without You,” another attempt at a sensual slow jam, lack any vigor or distinct personality. This time around, on “Without You,” JayDaYoungan is the one rehashing the love as a drug metaphor: “You make me fall in love, the things that y’all do/ Your body like a drug, I’m addicted to you.” Perhaps, the two of them should attend a Cliché Anonymous meeting.

Peppered throughout the largely lackluster project are a few moments demonstrating the pair’s potential to create actual bangers. “Jackie Chan” is catchy, and has the two rappers sounding at ease over a relaxed, funky beat. And while “Creep Behind” is rough around the edges, it does showcase some chemistry between the two rappers. Though mixtape-closer “Jungle” has solid performances from the two rappers, it’s lazy chorus leaves a lot to be desired.

Mixtapes can be spaces for experimentation and bold new ideas; perfection isn’t necessary. But Can’t Speak On It’s biggest flaw is that JayDaYoungan and Yungeen Ace aren’t striving for any originality.