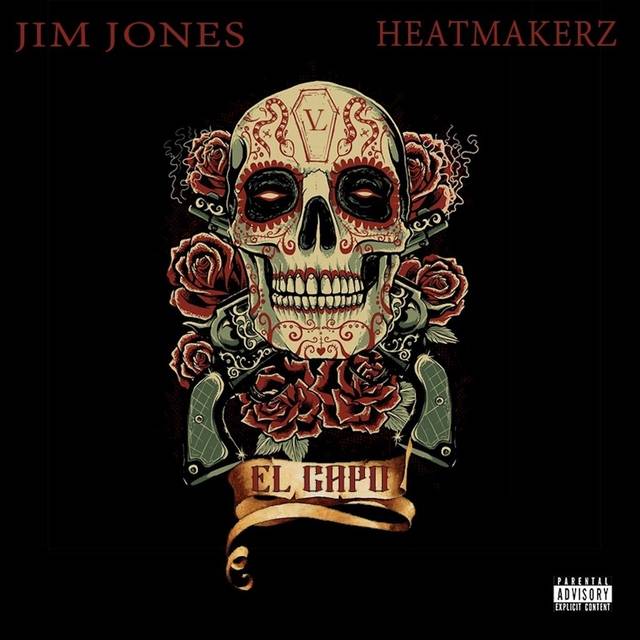 Everyone and their grandma remembers where they were when they first heard The Diplomats rap over a Heatmakerz beat. Those infamous drums and howling vocal samples on songs like “I’m Ready” and “Dipset Anthem” teleported listeners to the heart of Harlem, where Dipset reigned supreme.

That was a whopping 16 years ago and still, nothing in the rap game sounds more satisfying than hearing Cam, Juelz or Jim’s Harlem-bred voice lathered over those soul-piercing Heatmakerz instrumentals.

Finally, after all these years, Jim Jones and Heatmakerz attempt to serve up another steaming hot bowl of Uptown anthems with the recently released El Capo – which comes just in the nick of time. Not to say that Jim had fallen off the rap map altogether but his past few releases didn’t give fans enough to talk about – El Capo changes that. The 16-track album is produced in full by Heatmakerz and with the help of a few featured guests, focuses purely on Jones’ life and times.

Album opener “Cristal Occasions” sounds exactly how one would assume a Jim Jones and Heatmakerz intro would sound; a curdling vocal sample, knocking 808s and a state of the union address from the Capo himself. Without rush yet with serious vigor Jim talks about the trials and tribulations of coming up in Harlem while toasting to his decades of success. Aside from this intro and a small handful of other tracks (“NYC,” “Mama I Made It” and “To Whom It May Concern”) that sound like they are fresh off of a 2002 Heatmakerz MPC, the sounds are well evolved.

The best example of Heatmakerz growth is on perhaps the album’s most seasoned track and an overall ode to the Big Apple; “Pity in the Summer.” Jones talks that standard New York tough alongside Cam’ron, Fred The Godson, Marc Scibilia and Rain910 but Heat’s beat is just as tropical as it is triumphant. After listening to it a few times it’s hard to decide whether you want to put on Timbs and a hoodie or a floral shirt and sandals. Either way, it should be a staple on anyone’s summer BBQ playlist. “Nothing Lasts” with Fabolous is another smooth salsa-esque cut that seamlessly blends mean mug raps with accompanying maracas.

Jones, on the other hand, keeps his subject matter nearly identical to anything heard on his previous few albums. There are tracks like “Love of the Hustle” and “Sports Cars” that toast purely to his decades of success as a rapper, drug dealer and kufi clapper. There are the silky player anthems like “State of the Union” in which Jones flexes the fact that he spends his summers in NYC and winters in Miami. Then are those tracks that are used as a soundtrack to the Harlem hardships (which Jones has become an expert at making). If no other growth, flash or ferocity is showcased from Jones on this album, he comes crazy correct with the Uptown tearjerkers. “Good Die Young” featuring an angsty chorus from Marc Scibilia is Jim at his best with lines like “I’m still affiliated with fellas that’s cautious/Lookin’ at the news, man, we closer to hell than I thought/Reflectin’ while I’m smokin’ an L in my Porsche/Straight up out my pocket, man, I just posted bail in the car”. If that doesn’t paint a perfect self-portrait of an older, troubled, sweatsuit-wearing veteran Harlem drug lord, then nothing will.

Even though Heatmakerz steals the show, Jim should hang his hat on the fact El Capo is his best album from the past ten years. He delivers just enough lyrical dexterity and musical variety to make the songs enjoyable for Dipset die-hards and casual fans alike. There is no doubt his legacy in the game is sealed firmly but he should also recognize that the dazzling duo making up Heatmakerz provide him the best chance to regain any of his former footing in Hip Hop’s ever-evolving hierarchy.