Review: Gucci Mane's “Delusions Of Grandeur” Is A Masterwork In Autopilot Raps 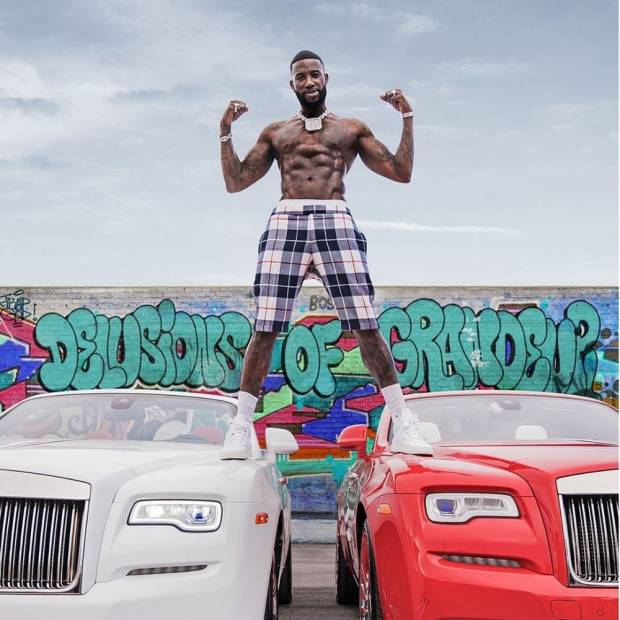 It’s been more than three years since Gucci Mane’s release from prison and the Zone 6 Mayor has refused to let his foot off the gas between albums, mixtapes, collaborative projects and chart-topping features.

Radric Davis undoubtedly knows the position he holds within contemporary Hip Hop also brought forth through his ushering of modern mainstays from Migos to Young Thug. “Proud Of You,” a single from his fourteenth studio album Delusions of Grandeur, makes that point.

On Kenny Beats’ simple kick drum/snare/clap production combo accented by icy synths, Gucci spits “I freestyle, don’t even write, don’t even think no more / Put the lean down, I don’t want it, I don’t drink no more” and “New clothing line, call it Delantic / My pinky ring sunk the Titanic” with the overconfidence of someone feeling as if there’s nothing to lose. Ditto for the Tay Keith-produced “Look At Me Now” where he brags about his graduation from novelty to pop culture figure through lines like “The royal treatment what I get when I bring my wife around / Invited to exclusive events, yeah, that’s my life, clown.”

From Gucci’s perspective, he practically has nothing left to prove.

Delusions of Grandeur continues the middle-of-the-road approach similar to a lot of post-prison releases from Guwop. For the most part, it lacks anything that pushes Gucci into a new creative frontier. Even the album possessing 18 tracks could be considered formulaic. However, that formula is refined enough to hold over longtime fans despite some bloat and there are some interesting surprises sprinkled through.

Probably the most impactful bridging-the-gap moment the LP has to offer comes in the form of “Special” featuring Anuel AA, who is renown within Latin music scene for blending Reggaeton and more recently, trap. Sharing the similar themes of “Proud Of You” or “Look At Me Now,” La Flare and the Puerto Rican artist easily float on Murda Beatz’s piano and low-end bass that’s sure to rattle trunks.

Additionally, Lil Uzi Vert and Young Dolph (“Potential”) deliver cringeworthy bars like “First day fucked her with condom / then I got comfortable fucked her no condom” as Jeremih lends his standard sensual-lite hook to “Hands Off.”

Album closer “Outro” is a fitting ender that takes things back to his mixtape glory thanks to DJ Drama and his disciple PeeWee Longway. A slick piano loop gives way to 808s that’ll remind fans that despite living a cleaner and more cautious lifestyle, he’s still the Trap God.

Although the title suggests Gucci has an inflated view on his life, Delusions of Grandeur is a reminder of his “superstar” status as life is good in the world of Guwop.