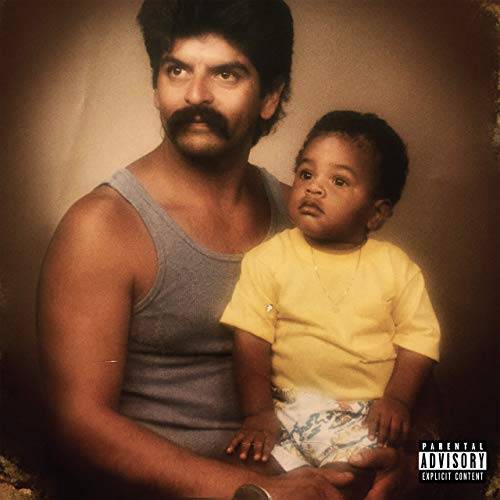 Exile is one of those “that guy” producers — someone who doesn’t have marquee-level name recognition, a la Alchemist or Apollo Brown, but someone who gets his flowers from artists nevertheless. His past work with the likes of Aloe Blacc, Fashawn and Blu demonstrated his ability to bring out the best of his clientele and to play to their strengths while down-mixing their weaknesses.

And so, then, he does it with his latest collaboration with Black-and-Mexican rapper Choosey, whose previous work has been critically acclaimed but failed to serve as a tipping point to break him into the mainstream.

While it’s unclear if Black Beans will be that tipping point for the South Central Los Angelino, it’s nothing if not a fine work of art that’s timely and salient in this day and age.

Black Beans is an album that has a vibe reminiscent of Fashawn’s Boy Meets World, which is appropriate considering Exile worked his magic on that album, too. With warm vinyl sounds and smooth beats, Choosey flexes and slides across 13 tracks that explore the fond memories of his multi-cultural childhood.

Choosey best shows he’s proud of his roots on the title track, where he raps, “Simply, I’m a product of uncommon reproducing/Blacks and Mexicanos wasn’t really on no cool shit/I’m a mix of enchiladas and fried chicken.”

It’s equal parts encomium to his mom and dad and socio-political commentary: while today’s times are a bit more welcoming, however uneasily, to those who check off “more than one race” on the census box, he certainly remembers a time when that wasn’t the case.

But Choosey doesn’t just tip his hat to his Chicano roots in his lyrics. That, really, would be little more than a sop to the obvious, and he’s much more clever than that. Rather, the beats Exile provides pay just as much tribute to the “fried chicken and enchiladas” background as the lyrics. Exile infuses this “Chicano-Hop” with distinctly LA sounds and even a bit of brass. The result is nothing short of clever, and when he trades lyrical flows with The Last Artful, Dodgr on the beautiful “Sangria,” you really see the magic happen in real time.

But at times, the album is a little too sample-heavy. For example, it was unnecessary to include Darondo’s “Didn’t I” as one of the samples. Simply put, we’ve heard it too often, and in too many fair-to-middling Hip Hop songs.

Still, Choosey & Exile have put forth an EP that’s a pure breath of fresh air. It’s unique, eclectic and a sign of many wonderful things to come from this quickly-rising duo.