Review: Khalid’s “Free Spirit” Is Too Hazy For Comfort 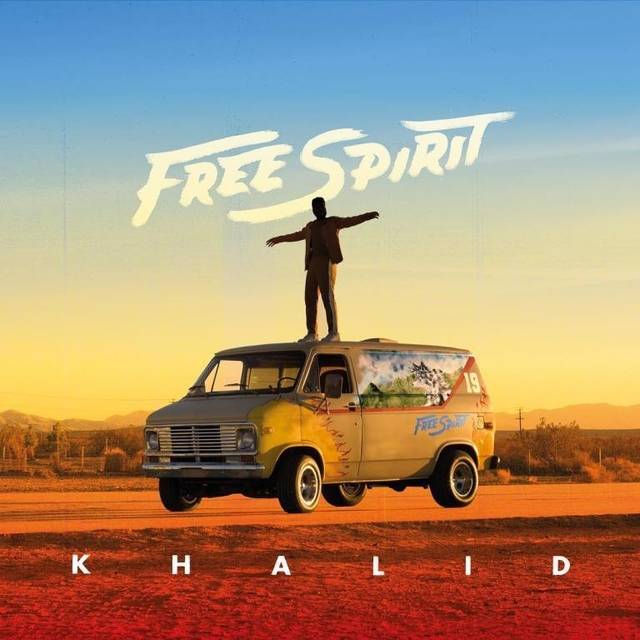 Last December, the internet exploded into a lively discussion over who is worthy to be crowned King of R&B. Commercial success aside, there is seemingly no artist deserving of the title because the current state of R&B is so scattered. Khalid, a singer-songwriter whose 2017 debut album American Teen sold millions and garnered acclaim, perhaps is the best example of the current genre fluidity.

His sound is difficult to pinpoint, spanning various styles. On his sophomore album Free Spirit, the young star explores moody sounds and topics regarding maturity, relationship issues, and heartbreak. Despite the occasional moment of raw emotion and pop-oriented fun, the album is overshadowed by its blandness and monotony.

On the album’s opening, “Intro,” Khalid packs an emotional punch, though, the track is a bit misleading. For a project that’s generally flat, “Intro” gives the illusion of a maximalist purpose. Khalid ponders what’s going on with his lover, belting out over atmospheric production that’s like Frank Ocean’s Blonde with a synth twist. The singer returns to the themes of lovers’ quarrel on the next batch of tracks — “Bad Luck,” “Better,” and “My Bad.”

While “Bad Luck” and “My Bad” fall into pop categorization, the previously released “Better” has Khalid returning to a more traditional rendering of R&B. Featuring spacious instrumentals reminiscents and trap beats, this is a by-the-numbers song that comes off as a tamer, less impactful version of a The Weeknd song.

The rest of the album tries to please everyone. On “Talk,” Khalid delivers more of the inoffensive pop-tinged R&B he’s so hellbent on perfecting. Despite being groovy and danceable, it ultimately comes off as generic. Meanwhile, “Paradise” and “Self” have him revisiting more emotional and multi-layered textures. There’s a sense that the young star is on autopilot and content with being repetitive. Tracks like “Heaven” and “Bluffin’” don’t add anything new and could have easily been cut.

In the nearly hour-long album, only two guests appear. But neither of them make a lasting impression. “Don’t Pretend,” featuring singer-rapper SAFE, is a fairly tame track with guitar strums and gentle harmonies. On the other hand, “Outta My Head,” featuring global star John Mayer, sounds like a Maroon 5 B-side. Khalid closes off the album with “Saturday Nights,” an attempt at a soft-rock anthem that once again, lacks any gusto. Sure, these could easily all be hits. However, it’s doubtful that any of these songs will be memorable standards that outlast a promo-cycle.

Over the course of the album’s 17 tracks, Khalid waters down his influences into an ambiguously tepid concoction. Many of his contemporaries are also striving for the commercial certainty of achieving both radio and streaming success.

But there’s a distinction between being universally appealing and milquetoast. Free Spirit isn’t an outright failure. For it to be a failure, Khalid would have to at least take a few risks.