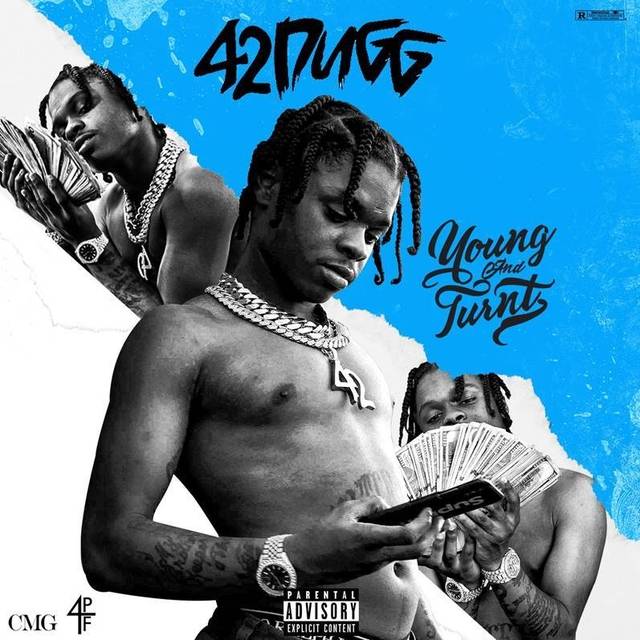 As a follow-up to last year’s 11241 Wayburn, it’s a 12-collection of songs that reinforce the incredible buzz he set off in the latter half of.

The young artist’s most endearing quality is his focus shedding light on the often dark realities of street life, opposed to glamorizing it. The somber — yet bouncy — hit-single “The Streets,” for example, is a tribute to slain Detroit rapper and former groupmate Eastside Snoop.

Young & Turnt isn’t all doom and gloom, however. For the most part, it lives up to its millennials title. 42 Dugg holds his own, shining on two successive tracks — one being “MBWL” (oddly, an acronym for molly, weed, bars, and lean) alongside fellow D-Town denizen Tee Grizzley. As far as higher notes go, he and Yo Gotti demolish the Helluva Beats-produced “U Da One.”

Walking a safe distance from the fine line between keeping it a stack and being a cartoonish illustration of street-wise realness, 42’s Meek Mill-esque level of energy as he rips through bars influenced by a not so distant reality is alluring.

Still, among the “turnt” fare, there remains this level of humanity and depth. “She Love Me” best exemplifies both emotions, as the chorus sets the stage for the plight of non-commitment to a girl who dropped the L bomb.

Though there are points where too overstuffing his bars cause short awkward jumbles (see “Whole City (Prada Me)”), 42 Dugg still manages to allow listeners to gloss over his imperfections.

With blacktop bangers such “Tripping” and “Real Talk” having set the precedence, 42 Dugg delivers a strong, well-round major label debut that won’t have anyone being skeptical of his rise. T

This is evidently the new sound of Detroit. Get familiar.