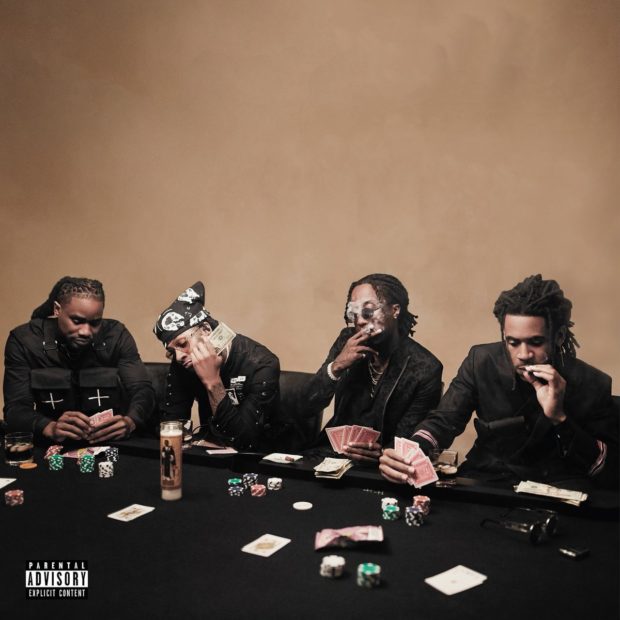 There was a period in time in 2014 when you could hit the club and hear two or three K Camp songs at peak party hours. Not when the doors were just opening or when the confetti was being shuffled off the dance floor but right when only mega-hits were allowed to ring off.

It may seem hard to believe in 2018 but only a few years ago K Camp occupied serious real estate during any DJ set dedicated to spinning smash hits thanks to “Money Baby” and “Cut Her Off.” The two-pronged turn-up tirade earned K Camp a couple of platinum plaques going into the rollout of his debut album, Only Way is Up. Since then, however, K Camp has lost significant steam and is flirting dangerously with the “where are they now” category.

RARE Sound is Camp’s second official album but comes on the heels of six EPs and mixtapes he has dropped since his hit-heavy debut. In what was an attempt to get people hyped for the album instead furthered the notion that Camp can’t seem to find the same juice he had back in 2014 — which is ultimately confirmed on this sophomore offering.

Instead of kicking things off with full throttle party energy, (or any energy for that matter) Camp opts to play the role of sad boy on “Can’t Go Home” instead of his usual impenetrable cool persona. Which on one hand is pleasantly honest, With lines like “World so cold/Lost my soul chasing hoes/Can’t go home/In Dubai with two hoes/I’m on the throne/When that flexin’ go wrong/That money gone,” speaks to his pen game, but both the beat and his vocals come across basic and eventually tiresome. The same low liveliness appears on “I Ain’t Impressed” where the writing is actually quite unique for Camp but it’s just simply boring to listen to. “Far From Perfect” is the only instance where he nails the emo-introspection vibe thanks to bars like “Still can’t believe I had to cut off my mans/I hear ’em all talk, but they don’t understand/Feel like all this pressure on me.”

There are also a couple of decent posse cuts that have the capacity to get toes tapping and heads nodding. “Just Chillin” featuring GENIUS and True Story Gee has laid-back, bass-heavy banger potential but if there is one track that might (just might) bubble into the mainstream consciousness, it’s the Wiz Khalifa-assisted “Clouds.” Plus, Bobby Kritical’s tropically rhythmic production brings some much-needed energy into RARE Sound’s disappointingly gloomy soundscape.

Despite having a few redeemable moments, in general, K Camp’s official sophomore release doesn’t propel him any further into the contemporary rap zeitgeist. There are signs of potential and he even stepped up his candid rap writing on some of the darker tracks but there just isn’t enough on RARE Sound to keep listeners to continuously revisit. There is no telling if Camp can return to his 2014 and perhaps he still has the ability to.

Just look at Tyga, who was for all intents and purposes written off but then bounced back in a big way. But these types of releases (without hits) just unproductively fill precious time that is passing him by.