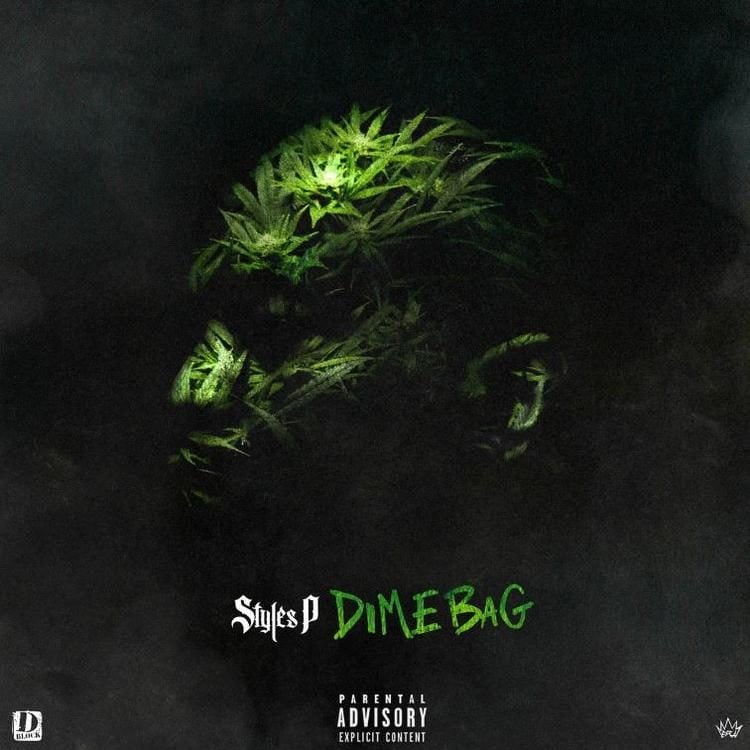 Hip Hop’s very own Styles P has had a busy year. The LOX aficionado dropped his Nickel Bag EP in March, followed by the full-length G-Host in May and the Dave East collaboration Beloved last month. It’s understandable to question whether or not the 43-year-old MC still has gas left in the tank in 2018. His 10th studio album and Nickel Bag sequel, Dime Bag, should silence all doubters. The album finds Peniro excelling in his lane, or rather, NYC subway line.

There is little new to discover about Styles P on Dime Bag. His hard-bodied rhymes over steel-toed beats have been his calling card for two-plus decades, and this is clearly an album for the Day One fans. While it won’t score any originality points it does speak to his potency in his craft. Execution is the name of the game here, with P keeping his pen sharp. There hasn’t been anything extraordinary about going from flavorful to aggressive in the span of the bar since The Notorious B.I.G.’s “Hypnotize,” but Styles still raises eyebrows with quotables like, “Laid back like a pimp in a Cadillac seat/Shoot it out like hateful eight at Minnie’s Haberdashery,” on “Money and Checks.” Rhymes like these keep well-worn topics worthy of repeated spins and inject Dime Bag with relevance based on quality.

When execution falters, Dime Bag’s shortcomings are glaringly obvious. “Lottery Games” rehashes the boastful lines that permeate the 10-track album over Dayzel The Machine’s underwhelmingly minimalistic beat. The cut’s basic rhymes like “I came up poor, I expected to be rich/Jokes on you for neglecting this G shit,” add to a sigh-inducing feel, especially on the ninth track. More often than not, though, the production is endearingly gully. “Life Then Death” is an album highlight mostly for its foreboding production. P’s lyricism is strong on the song, but Poobs’ creepy piano drops, menacing production, and pulsating drums make the cut capable looped listening amidst below-freezing temperatures. Vinny Idol’s layered bassline and simple-yet-effective drums on “Out the Way” back P’s street poetics to head-nodding effect. Most often, the Rotten Apple classicism creates a nostalgic feel more forceful than forced.

The most meaningful moments on Dime Bag find P waxing personal. The aforementioned “Time Machine” finds P confessing, “I’m crying inside and I’m dying inside but I’m always outside ‘cause I need a little wealth.” His perseverance in the face of adversity is admirable, yet it’s “Self Made” which functions as his mantra amidst his late-career renaissance. “I’m here to get paid with the times/Made man, I told you that I made my design,” he proudly spits. Again, being self-made is not a new sentiment (just ask Rick Ross). However, if there are rappers who can make the claim without sounding tired, this decorated veteran is one of them. His status as a weathered-yet-sturdy soldier who hasn’t lost his gusto permeates Dime Bag with an intriguing mix of excitement and stoicism.

2018 has taught us many things about Hip Hop. Regarding Styles P, it’s showed us he’s far from finished as an artist. Dime Bag is a solid and reaffirming reminder that P’s lyrical bullets are just as deadly than his real ones.