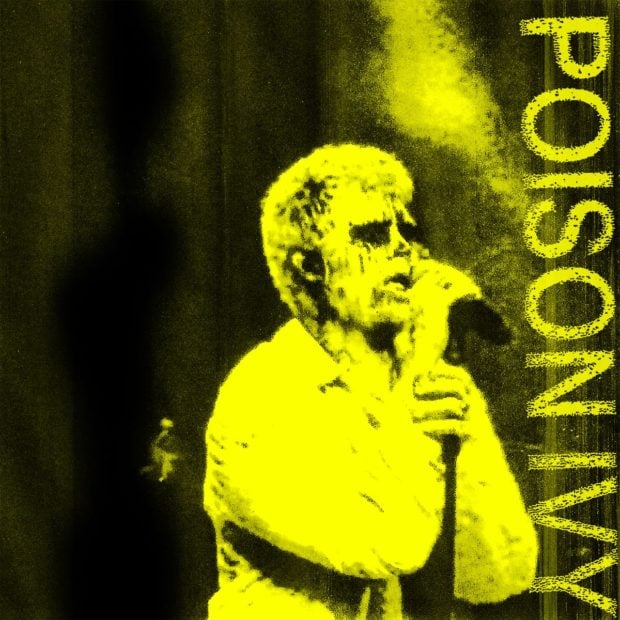 When Yung Lean first entered the scene in 2013, he was an internet anomaly. As a Swedish teenager vomiting American Hip Hop signifiers, Lean was something of a self-parody act. He may have had compelling DIY videos but musically, he was muddled by sloppiness. With his later releases, 2016’s Warlord and 2017’s Stranger, his vision became a bit clearer — Lean and his Sad Boys group were using foreign iconography to convey adolescent dread not to just mock or simply appropriate. On his new mixtape Poison Ivy, the Swedish artist expands on this ethos and offers his most streamlined work yet.

The cover art of Poison Ivy is Lean performing in jarring zombie makeup; much of the mixtape emulates that nightmarish feel. Album-opener, “Happy Feet,” has Lean rapping about cemeteries and comparing himself to Freddy Krueger. He hints at depression in lines like, “Spiders on my feet but you be caught up in the web/ I hear voices/ I see signs, cannot let it go to my head.” The Swedish rap star is haunted by self-pity and guilt. In typical fashion, however, he only hints at the origins to these emotions.

Largely, the project’s production sticks to the dissociative vibe he’s been perfecting for years. “Friday, the 13th” extends the lethargic spaciousness of the intro. “Ropeman” and “Trashy” are both sluggish and sleep-inducing. Whether he’s referencing the grim-reaper or tales of drug debauchery, Lean continues to deliver his raps with complete emotional detachment. He’s just gotten better at pinpointing which images truly stick.

The highlights on Poison Ivy are when Lean takes subtle stylistic risks. “French Hotel” is an upbeat departure with bubbly, distorted production that brightens the hook: “She off the pills/ and I ask ‘Do you wanna? / She’s just marveling/ blood coming out her head.” Though the lyrics are as deprived as ever, the song stands out as having a vibe that matches the high of partying not just the lows.

Album closer, “Bender ++ Girlfriend,” is a two-part exploration of solitude and longing. What makes this finale distinct is the 22-year-old artist’s vocal range. He starts off with his signature, monotone flow but then slowly shifts to a stranger delivery. During the first part’s closing seconds, Lean half-heartedly sings a bittersweet lullaby before getting completely swallowed by lo-fi ambiance. When he returns, he’s softly mumbling through a watery vocal effect about a distant romance. This is experimental songwriting, and its result is a strangely beautiful sonic experience that’s both calming and unsettling.

Yung Lean still relishes in imperfection and flexing his rough edges. And occasionally, his concepts can’t save his music from being simply boring. But regardless, Poison Ivy proves that he’s becoming a more compelling rapper and less of a novelty act.