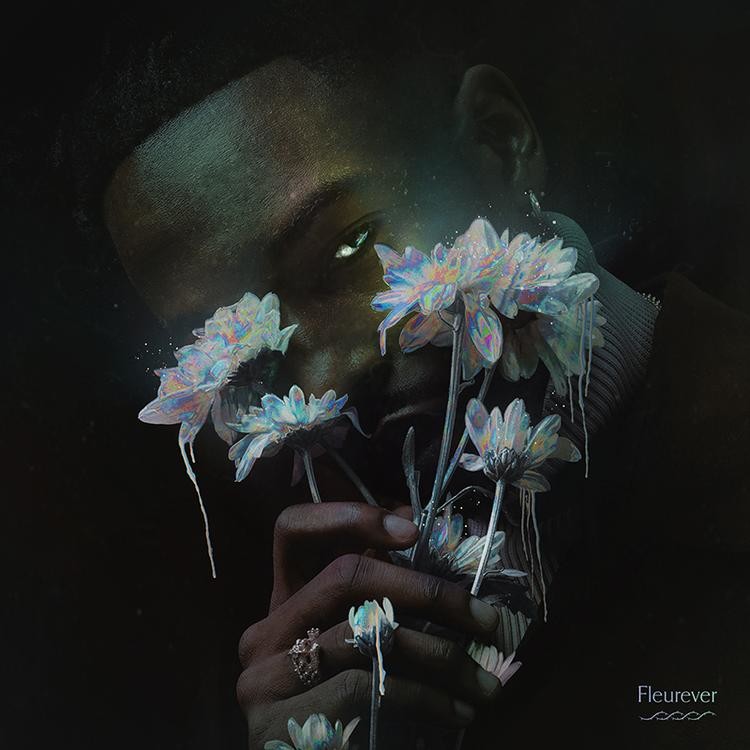 Being a rapper from Toronto is a gift and a curse at the same damn time. On one hand, a uniquely fruitful spotlight has been put on the city’s up-and-coming talent; making it one of Hip Hop’s established sonic hotbeds. That same spotlight, however, is practically owned and operated by Drake’s OVO empire and its sprawling affiliations.

In other major markets, the nucleus of the scene is decentralized to a few different artists but in Toronto, it appears that an OVO stamp of approval is the only thing that gets you popping.

Jazz Cartier, on the other hand, has zero affiliation with the owl boss and has been cultivating a devout fan base in the local underground for years. So much to the point where recognition has been coming in fast. His debut studio album Fleurever is confirmation that indeed you can thrive on the rap scene without that Drizzy co-sign.

That doesn’t mean that Jazz deviates from his roots though – his sounds and consequently his strengths are simply compacted into one album. In fact, the first voice heard on the album’s short intro opener “Soul Searcher,” is that of an automated Toronto subway operator announcing what stop is next. The track unravels a reflective Jazz getting off deep thought bars about growing up trying to make it. He wraps his verse by saying “I must’ve fucked up a hundred times, blamin’ the liquor to justify/Everything that wasn’t going right in my broken life/That’s Fleurever.” The majority of the album follows the lead of these lines; were the trials worth the triumph.

The most obvious deep dive into his own psyche is on “Before It’s Too Late” where the lo-fi beat ushers in nearly 60 bars of straight contemplation that can best be summed up in two lines: “I’m no angel momma, I’ve made some wrong decisions/That’s why I’m stuck inside the stu’ to make an honest livin.” This concept of dualism even applies to his relations with the fairer sex. “Function”, which a more traditional female-focused song, produced by Gravez, lets him open up about a particular woman he’s been dealing with. The story is far from perfect although Jazz is “willing to put in the work” and claims “we can cook up a win from a loss/And we nothing like Rachel and Ross/Nah, we more like Martin and Gina” but then also reluctantly raps “a nigga need substance yeah/Too much textin’, we need to be touchin.”

As impressive as Fleurever’s introspection is, the album isn’t all just rhymes from his deep dark diary. There are plenty of turn-up moments that bode strong production and even stronger songwriting. Second track “Security” (produced by Sean Fischer, Jordon Manswell and Ryan Hemsworth) shoots out rapid-fire hi-hats and rolls blissful keys across a silky Auto-Tuned Jazz happily singing “I gotta get to the bag.” The record is simple yet effective as it sticks in your head for practically the entire run of the album. “Which One” hits these single-seeking notes even harder with thundering 808s and a chanting chorus leading the way. Although it’s the previously released “Tempted” that might have legs to break south of the 49th parallel. Granted, the track was released last year and has been in rotation for more than a year but Jazz catches a holy rhythm across the hoppy T-Minus beat — it has slow burner status written all over it.

Fleurever does indeed lose steam towards the middle where Jazz gets caught up in a molasses-like Auto-Tune haze, consequently bogging down the flow of the 16 tracks. “Right Now” and “Talk 2” also should have been left off to make more room for the aforementioned hits to resonate a little longer. Had those alterations happened, Jazz might just have had a damn near perfect album. The hits have enough juice to last long beyond a natural expiry date and the deeper thought provokers are perfect for those long Toronto subway trips.

While Jazz’s international superstardom isn’t guaranteed just yet, his career is definitely is full blossom.