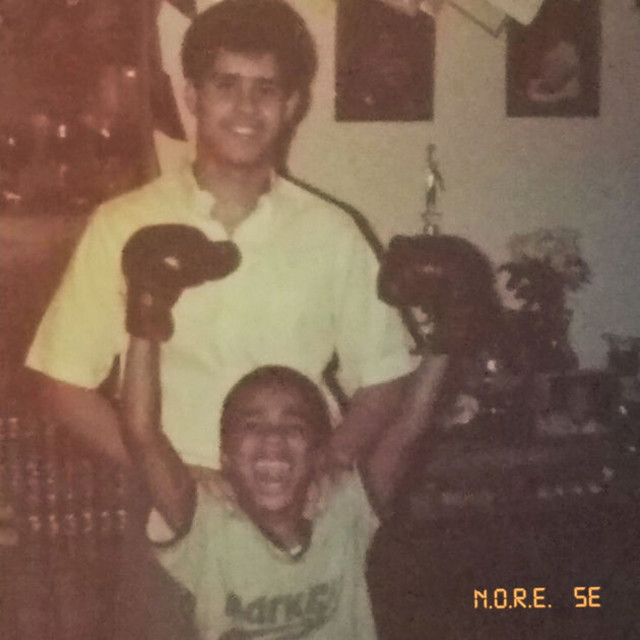 It’s been five years removed since Lefrak City legend N.O.R.E. dropped his star-studded Student Of The Game LP. Shortly afterward, he announced that his next album would be his last — as he was going to focus more attention on being an executive, rather than a solo artist.

Two years later, he began teasing the release of his final album, which was set to be a sequel to either Melvin Flynt – Da Hustler or his debut, N.O.R.E. Three years later, the Drink Champ went with neither, releasing 5E. (Which makes 2016’s Drunk Uncle completely obsolete.)

New and last album In July !!!

The relatively concise 11-song LP has a host of features, though the tracklist is a more predictable considering the line-ups on some of his past projects. N.O.R.E. seems cognizant of his age, legacy, and audience. He has an ear for beats (do remember, he was one of the first to rock with The Neptunes) and while there isn’t a “Nothin'”-type streambreaker here, the Fabolous featured “Big Chain” with its large, orchestral, vocal sample, and both Fat Joe collaborations (but more so “Don’t Know”) give this project some weight.

The-Dream-assisted — and produced — “Woof” is another example of N.O.R.E.’s ability to choose unique soundscapes to navigate. However, the flip side of the coin is that the Queens-native isn’t quite as entertaining as his. “Woof” especially is littered with lazy wordplay, as is the very mid “She’s Mine” featuring an unexciting Tory Lanez appearance.

When he is up, he can still jump high, though. The weed smoking anthem “LaLa” featuring Wyclef, Jadakiss, and Phokus (who doubles as the producer) is an absolute banger, and he takes on an age-appropriate OG role on “No Reason” alongside Sevyn Streeter. Over an obvious attempt to duplicate the magic of “I Love My Life” (off of his debut), he criticizes an internet obsessed generation of Twitter-finger tough guys who pull out their phone to record a tragedy rather than help save a life.

“Parade” featuring Kent Jones and Yung Reallie, produced by Swizz Beatz is another example of him catching his stride. “This is my parade, and I deserve it,” he raps, noting that his current status (20 years into his career) is one he couldn’t have pictured back in the day on the block. It’s a sentiment he visits a few times — like in the opening 8 bars of “Uno Mas.”

Ultimately, 5E, which is N.O.R.E.’s first foray with Nas’ Mass Appeal label just kind of … is. His approach to song structure both highlights his time-tested skill set and his age, as it’s largely dated in its execution. Outside of “Don’t Know,” which found its way onto the Madden 2019 soundtrack, there isn’t much competitively current material to be enjoyed.

Hopefully, when N.O.R.E. does hang it up, it’s on a higher note.