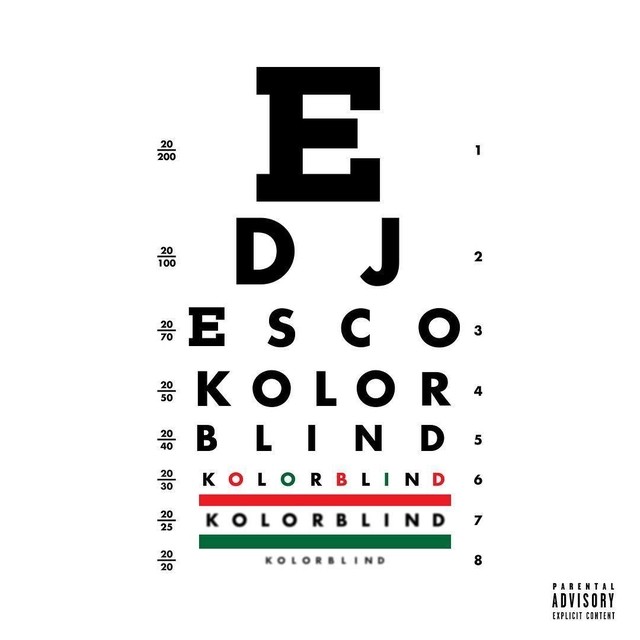 Lately, whether it’s popping up in a bland Taylor Swift hit or breaking into an off-kilter falsetto on the Black Panther OST standout on “King’s Dead,” Future seems unable to build off his prolific, history-making 2017 season. As his full-time DJ and the executive producer on the critically acclaimed R&B album, HNDRXX, DJ Esco has brought in a team of frequent collaborators and all-stars to get him out of this creative slump on Kolorblind, his follow-up to 2016’s Project E.T..

The album opens with “No Slow Money,” a slow-building track that showcases Young Thug’s and Future’s natural rapport and marks a good change of pace after their underwhelming collaborative mixtape. “Xotic,” featuring Young Thug and Rich the Kid, is more ominous with Future emotionlessly repeating “I take exotic drugs” as a chorus. Rich the Kid delivers with his stop-and-glow flow, unafraid to sound enthusiastic on an otherwise moody track.

Although Thugger and Hendrix teaming up on bangers is to be expected, “Walk Thru” featuring Nas is a curveball that works on every level. Both rappers get retrospective about their life before fame, going back and forth about “standin’ in the field” over Esco’s bouncy synth beat. The legend masterfully surrounds Future’s hypnotic chorus with lyrical vigor and gusto. On an album where most of the artists express themselves through their vocal tone and vibe, Nas’s narrative-driven approach provides a nice contrast.

But the project isn’t just about flexing A-listers. The stellar posse track “Showed You,” features A Boogie wit Da Hoodie and DeJ Loaf, two rappers who have yet to hit their peak. DeJ Loaf’s verse is particularly memorable with her weird distortion and dark closing lines — “He lick the pussy with the codeine/The only time I let him OD/Die for me.”

Ultimately, the LP lags when Future takes center stage and performs the verse, bridge, and chorus. “Chek” is redundant and boring. Meanwhile, “Fuk Faces” is Atlanta’s finest on auto-pilot — mumbling about seducing a woman with designer labels, luxury cars, and alcohol. Only on “Warzone” does Future sound confident and energetic enough to carry a song by himself.

Almost every track on Kolorblind has solid production and highlights Esco’s ability to create an atmosphere. Future, on the other hand, seems to be the more inconsistent one in the pair.

Regardless, between Future’s signature lulling style and other artists being encouraged to inject color, DJ Esco earns himself an “W” in the album column.