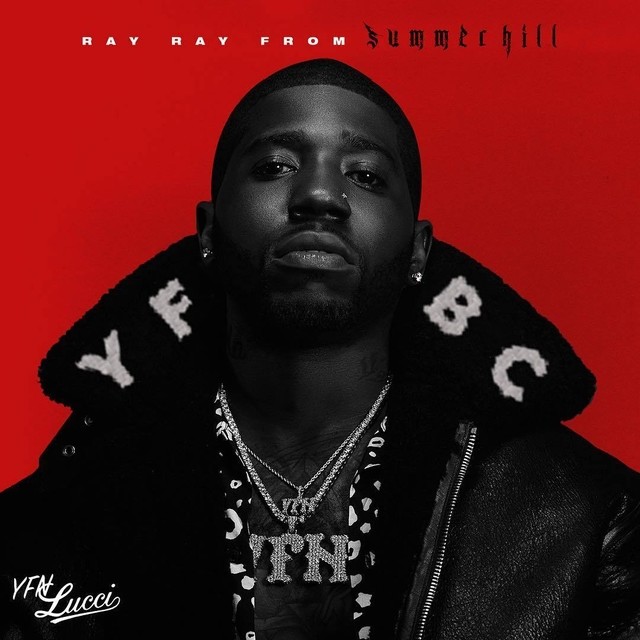 Over the past few years, YFN Lucci has worked diligently to cultivate a strong fan base on the Atlanta rap scene and since has infiltrated the world of mainstream Hip Hop. Through singles like “Key To The Streets” Migos and the PnB Rock-featured “Everyday We Lit,” the ATL rep finally drops off his debut album titled Ray Ray From Summerhill a 19-track release with a star cast of features including T.I, Offset, Wale, Dreezy, and Meek Mill.

The tone of the project is set from the very first song with A soulful jazz-influenced instrumental sparkling on “Go Crazy” sets the tone for the entire project as Lucci laments, “Yeah, I been hated, I been loved, I been lied to … Yeah done seen shit in the game that I was blind to.”

Although there are a couple of records that are full of braggadocious raps like “Boss Life” (featuring a semi-controversial contribution from Offset), the vast majority of the album is filled with introspective tracks painting his life story on the audio canvas.

Lucci shines best on records like “Dream” and “My Time” produced by Zaytoven where he uses his story to give motivation to those in similar situations that he was in coming up. Veteran juggernauts T.I and Meek Mill respectively strengthen the palette on “Keep Your Head Up” and “Street Kings,” adding additional perspectives to the album’s “bottom-to-the-top” narrative.

In the streaming era, artists are continuing to put out lengthier projects, as they are beneficial to sales, but they don’t necessarily benefit its overall quality. We can add Lucci to the list of artists to fall victim to that. At 19 songs deep, Lucci’s debut packs on a handful of records for fattening purposes only. Between the three interludes and redundant “When I’m Gone,” the project definitely could stand to be a bit leaner.

Despite its movie-length runtime, Ray Ray From Summerhill is an appropriately named LP that serves as a strong introduction for potential and existing supporters.