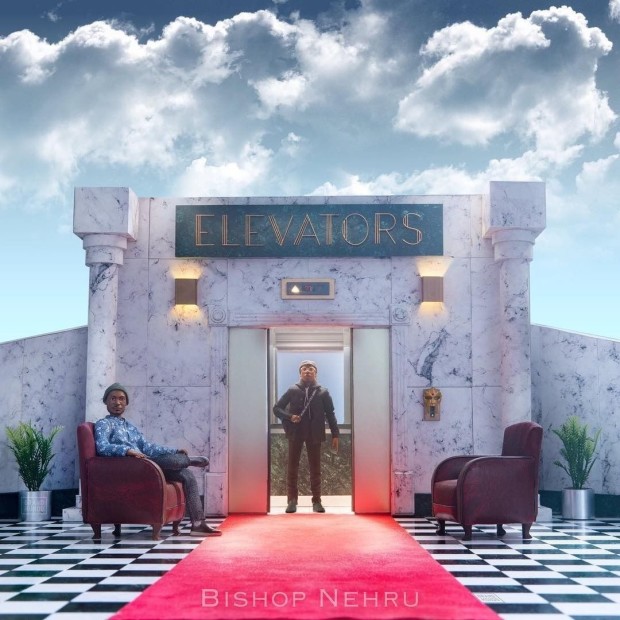 Bishop Nehru has always been noticeably ambitious. At the age of 13, he was rapping circles around his peers and quickly deemed a rap prodigy. Before he could even obtain a valid driver’s license, the Brooklyn-bred MC was collaborating with some of the most reputable beatsmiths in the business, including DOOM, DJ Premier and Madlib.

Now, the 21-year-old free agent has resurfaced with Elevators: Act I & II, his follow-up to his 2017 mixtape, Emperor Nehru’s New Groove. Production for the 12-track project is jointly handled by DOOM and Kaytranada, who both lend a sonic sophistication to the entire album. Act I: Ascension is reserved for Kaytranada’s concoctions, while Act II: Free Falling is comprised of all MetalFace-crafted beats.

Nehru, who appears to have a more mature musical palate than some of his peers, looked to The Beach Boys classic, Pet Sounds, for inspiration. At the time of its 1966 release, the experimental album was seen as a staunch departure from The Beach Boys’ original pop-heavy, squeaky clean sound. Instead, it utilized a plethora of unique tones, including train horns, Coca-Cola cans, barking dogs and bicycle bells.

“Basically, I was listening to the album a lot while I was working on the project,” he explained to HipHopDX. “As far as music theory and layering vocals with instrumentals, I was very inspired by that album.”

From the whimsical, jazz-heavy vibe of “Up, Up & Away” with singer Lion Babe to the DOOM-produced “Rooftops,” the intricacies of each composition come into focus after repeated listens. Soaring harmonies, delicate piano notes, subtle bird chirps, carefully selected spoken words and cowbells layer each track as Nehru nonchalantly flows over the beat.

Although Nehru peppers plenty of clever lines throughout the album, they’re too easy to miss. His vocals ride the thin line of blending into the background, often allowing the production to steal the spotlight. On “Rooftops,” lines like, “They thought I would be second, but nah, I’m not settlin’/ I’m movin’ nomadic, I ain’t packin’ any estrogen/ I had to man up, view the world from a second lens/ Now what I do, they jack it like letterman,” show off his lyrical prowess but fail to properly shine.

With the exception of the aforementioned “Up, Up & Away,” some of Kaytranada’s half momentarily runs the risk of derailing the listener’s initial investment in the album and lacks the obvious chemistry on DOOM’s portion. After all, the NehruvianDOOM collaborators have been cooking up gems for years, making it almost cruel to end the album with DOOM’s seasoned touch.

Much like Pet Sounds, Elevators is only 33 minutes long. Consequently, DOOM’s half is brutally short, leaving the listener aching for more. Furthermore, the tracklist shows 12 songs but a few of them are less than 60 seconds long. On the plus side, the brevity of the album makes it more suitable for this short attention span era.

Pet Sounds will forever be lauded as Brian Wilson’s magnum opus and is still celebrated over 50 years after its release. While Nehru’s intention is commendable, whether Elevators will maintain any kind of relevance decades later remains to be seen. Nevertheless, Nehru set the lofty goal and made a valiant effort to capture the genius of such an eclectic body of work.