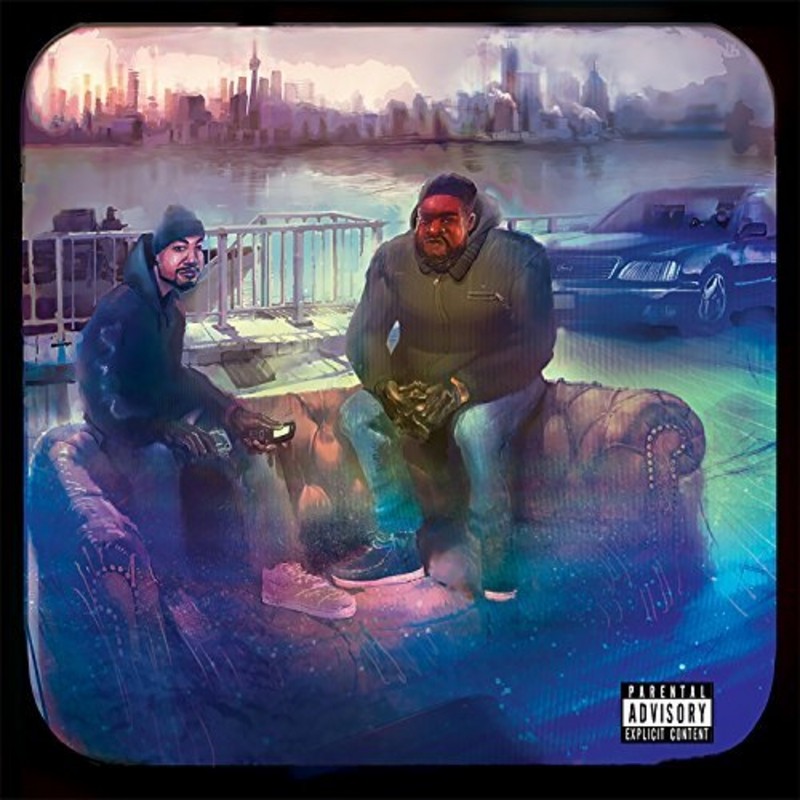 For the past decade, Canada’s Hip Hop scene has been represented in the mainstream by R&B forward-thinking rappers such as Drake (and those in his OVO camp) and Tory Lanez. Despite the lack of visibility for many Canadian MC’s, there is an abundance of diverse talent out there making some compelling music. That said, Toronto’s own Kid Kold starts off his 2018 campaign by joining forces with veteran Philly spitter Freeway to drop off the Black Gang EP, a six-track exhibition of raw Hip Hop produced solely by fellow T-Dot resident DJ Merciless.

On the EP’s opener, “Make A Mill,” Kid Kold and Freeway combine street braggadocious raps with a message of motivation over a soulful sample-driven instrumental, reminiscent of early 2000’s Roc-A-Fella production. The hook is a hardcore volley as they proclaim, “We gotta raise our kids while we livin’/Make a million off a record bail my niggas out of prison” — a direct gank from Philly Freezer’s unforgettable “What We Do” 2002 record. The effective entry sets the stage for listeners to expect more unfiltered product for rest of the project.

The dynamics between the tenured Freeway and 29-year-old Kid Kold works, as the newly formed duo give perspectives on similar street lifestyles — but from contrasting viewpoints. Kid Kold showcases his flow abilities on songs like “Young, Wild + Reckless” where he highlights the beauties as well as the downfalls of growing up in the hood. He raps with conviction: “Some niggas caught bids and bodies wish I could go back/Tell them to move smarter another day will come/Maybe they could be here and we both shine like the sun.”

Rap champs like Ghostface Killah and Beanie Sigel, as well as The LOX’s Styles P and Sheek Louch, fall seamlessly in the vintage production from DJ Merciless and deliver verses worthy of OG status. And then there’s EP-closer, “Five Deadly Venoms,” a posse cut featuring Killah Priest and fellow Toronto rappers Lord Fury and Asun Eastwood where they all soak up the pain-drenched reflective instrumental. Still, the overload of outside contributions lessens the potential of the Black Gang movement (especially with it being an intro relative newcomer in Kid Kold) when they should have more enough firepower to carry a six-track project.

Nonetheless, the brevity of the EP offers variety in an era when artists are sacrificing concise projects for streaming numbers, even with the content trending into predictability more often than not. The Black Gang EP will be remembered as a worthy attempt at “bringing back the boom bap,” a declaration Kid Kold makes sure to repeat on several occasions.