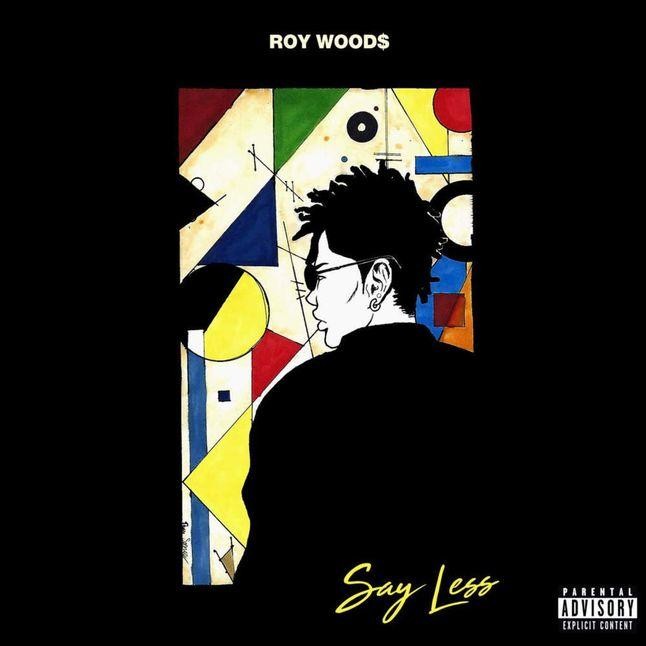 In the early moments of December 1, Drake shared the album art for Roy Woods’ debut album Say Less with a caption that read: “@roywoods my young gunner just dropped!!!!!!! Might wear a nike band aid all day. SAY LESS OUT NOW.”

It’s a priceless post that most young artists in the game today would kill for. Whether or not you believe the OVO Sound roster is the 6 God’s closely guarded personal hit-making factory, there’s no denying a post like that brings a lot more attention to Woods’ long-awaited debut.

The good news for Woods is that Say Less deserves to be heard by the masses. For starters, it’s the longest project he’s ever released — six songs longer than 2016’s 10-track Waking At Dawn mixtape. The prolonged tracklist allows Woods (real name Denzel Spencer) room to get out some important deep cuts, rather than just trying to jam an EP with half a dozen “Gwan Big Up Urself”s.

The deeper variety makes Say Less what it is: an uninterrupted hour-long journey into lo-fi R&B grooves and tropical riddims.

Even the promotional singles “Balance” (with dvsn and PnB Rock) and “What Are You On?” flow well in the grand scheme of the album’s atmospheric tempo. But tracks like “Monday to Monday” and “Glasses,” and penultimate song “B-Town” are the ones most likely to get put on repeat. They all highlight Woods’ ability to make simple themes like money, eyewear, and a Toronto suburb sound like emotional rollercoasters. The mellifluous production helps too.

Woods rarely breaks from his mellow delivery, but does turn things up on the higher energy “Something New,” and takes a page right out of the Michael Jackson Starter Kit for “Little Bit of Lovin.” On the latter, producer Maneesh’s shimmering keys and groovy baseline have enough funk polish to make grandmas two-step all night. He then immediately recoils into his submerged ponderings on the title track, where he urges himself and his female counterparts to “do more, say less.”

He takes this slogan to heart on the album by keeping his lyrical content mostly unspecific, giving little insight into what makes up Roy Woods as a person. There’s a lot of steal-your-girl and I-still-love-my-ex talk but nothing that sets him apart from his contemporaries or introduces his personality.

“In The Club” eventually sheds some light on where the young OVO prince is at in his personal life: “She’s lookin’ like my ex, maybe I’ll take her down/ I’m flying to Vancity, ooh these bitches around/ I have no patience, I’m tryna get with you right now/ She knows I roll with the 6 God.” Despite his own obvious fame and talent, that much-sought-after owl chain around his neck seems to be helping him with more than just the music.

Woods brings a lot of strong vocal performances to this project that get mixed smoothly with the production staff’s downtempo rhythms. Those seeking more upbeat output from Woods will appreciate the few times there are bustling bumps in the baseline but at its core it’s the type of hour-long album that makes for a perfect rainy-day playlist.

Only time will tell if Roy has what it takes to fully cross over into the mainstream world but if he keeps making albums like this and getting posts from Drake every time he drops them, he’s well on his way.